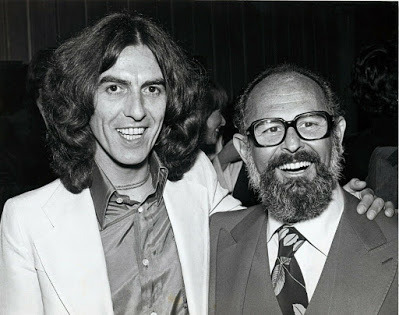 MO OSTIN — Imagine working for a place that you actually liked and looked forward to going to each day. That was company line I always heard during the Warner Brothers Records Mo Ostin-regime. Mo passed last week at 95 and though I never met the man, his track record is just legendary. 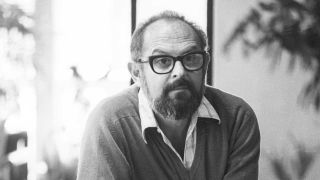 From championing Prince through his WB-years to signing Tom Petty, Bonnie Raitt, Little Feat, Randy Newman; Joni Mitchell, Fleetwood Mac, The Kinks, Jimi Hendrix, R.E.M., Neil Young, Tower of Power,the Traveling Wilburys and so many more, Ostin has left an indelible a mark on the music business. He may not have gotten the headlines of Clive Davis, but he was perhaps the most gifted of them all. Clive’s best creation of all was Clive Davis; Mo’s was Warner Brothers Records.

He never really gave an interview until one with Hits Magzine. Here’s Part 1: MO OSTIN: THE 2017 INTERVIEW, PART ONE : HITS Daily Double
Here’s Billboard’s take on Ostin: https://www.billboard.com/pro/mo-ostin-warner-bros-records-chief-dead-95/
Nothing lasts forever and when Ostin and his team were forced out in a corporate power struggle, the golden years of Warner Brothers Records was clearly over. But what a moment it was. Fellow industry leaders like David Geffen, Joe Smith, Irving Azoff, Bob Krasnow were all mentored by Ostin.
This one hurt for sure. 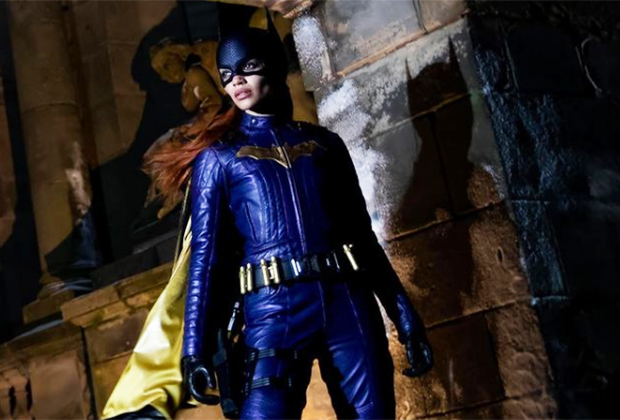 BATGIRL SHAKEN & STIRRED — The news that really rocked the entertainment world this week was the newly christened Warner Brothers Discovery shuttering the totally completed Batgirl movie (starring In The Heights’ Leslie Grace). Yes, you read that right; the movie is done (with a reported 90 million dollar -budget), editing is ongoing, and it will not come out.

And this was the one that brought Michael Keaton out of Bat-retirement to appear again as Batman. Ironically, Keaton’s camp has been oddly silent; but they must be infuriated.
Interestingly enough, they announced it right after the wedding of one of its directors, Adil El Arbi.
I don’t know if that was their wedding gift, but it brought Hollywood to a standstill and a realization of things to come.
Deadline said it the best: The filmmakers were told that it came down to a “purchase accounting” maneuver available to Warner Brothers Discovery because the company has changed hands, and also changed strategy from the previous regime. This opportunity expires in mid-August, said sources, and it allows WBD to not have to carry the losses on its books at a time when the studio is trying to pare down $3 billion in debt across its divisions.
What that basically came down to be was the fact that the movie has screened -sans some special effects- and the results were good… not great. 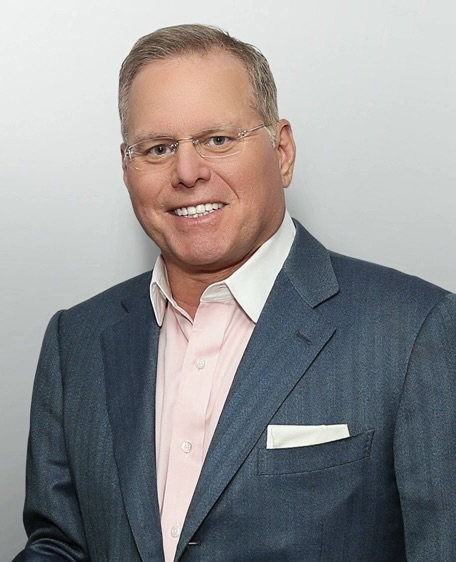 Of course, at the end of the day, one must ask: Is this just a publicity stunt angling to generate more heat for the movie? And, if it was just so-so, why not just screen it on HBO Max. The new head of WBD David Zaslav -from Discovery– seems to be enduring his own Bob Chapek moment – Chapek being the new head of Disney.

It was a harbinger of things to come.
Zas the Butcher, as he is now called in many Hollywood-circles, doesn’t seem to be done yet as by the end of the week there were rumors that HBO Max is now on the chopping block. And that might mean HBO-prime as well. As noted earlier, when Mo Ostin left Warner Brothers Records everything changed. When Bob Daly and Terry Semel left Warner Brothers movies on July 15, 199, the studio would never ever be the same. Again, a corporate maneuver that threw everything into disarray.
On paper, these moves probably make some sense; but the reality is that this is a creative business and when you have the wrong people running things … they do fall apart.
SHORT TAKES — Years ago at a Sopranos premiere party, newsman Maurice Dubois, who had just moved from NBC to CBS, urged me to make the switch. Well, I did this week and though the CBS Mornings show is good, it appears that they’re overdoing it just a bit. From the relentless instructions to download their mobile app to the commercials, it all seems a bit much. Gayle King wasn’t on when I made my switch, but she will return. Kind of like they’re trying a bit too hard. No question Anthony Mason is the draw here. 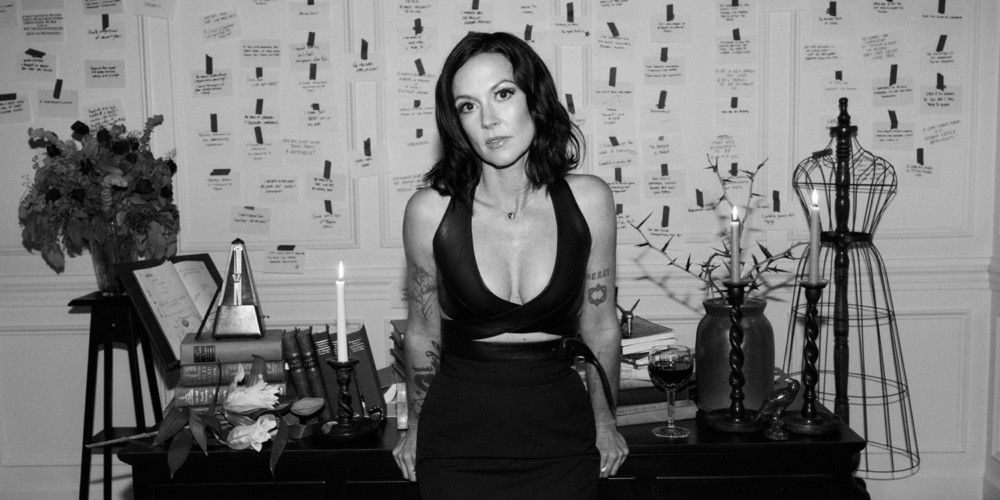 He had a profile on singer Amanda Shires that was just sensational. I was not all the familiar with her but looked her up afterwards. Kind of like country-goth? Is that even a term? I was surprised during the interview when she teared up and took 2 heavy puffs from her 2 vapes. That was something I hadn’t seen on a morning news show before. Again, Mason is just a sensational interviewer … On my way to Sony Hall last week, I saw that the Paramount Hotel is now closed. Great spot. Stayed there often when they first opened. I loved everything about the hotel and especially that each of its three elevators were bathed in a different color. Coming in later after a show, that was a most welcomed touch. We also learned today that the Hudson Hotel on 58th has closed as well. This was also a great, great spot with a tremendous reception area and two sumptuous bars. Sad they’re both gone, but as my midtown friends keep reminding me, midtown is totally different now … ZE Records’ Michael Zilkha’s book on the much-missed Cristina is now available. Can’t wait to see it. Not available for the public, but as a tribute edition … Can you believe that MTV turned 41 last week? Names like Rick Krim, John Sykes, Steve Leeds and The Buggles come to mind. The Buggles’ “Radio Killed The Radio Star” was the first video played and it certainly sounded the clarion call of what was to come. As one of the former VJs Mark Goodman recalled, “There was no script, we were riding by the seat of our pants.” Yet somehow it all worked and names like Martha Quinn; Alan Hunter, Nina Blackwood, J.J. Jackson and Goodman became our news friends. Sometimes the videos made sense, but mostly they never did. Even Daryl Hall in a recent interview said, “most of the time they had absolutely nothing to do with the song.” Yet, we watched and a good video made all the difference. Suddenly we were watching the video more than listening to the song. 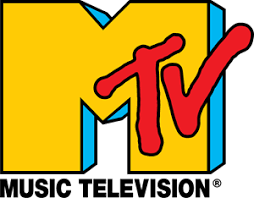 I mention SiriusXM’s Steve Leeds as he was a pioneer in the early days of videos on TV. Trust me, he had a lot more to do with MTV than everyone was led to believe. I have absolutely no idea of what’s on MTV these days, yet it goes on. I assume they still air the videos, but I think their time has certainly passed … A 1990 Billy Joel concert at the old Yankee Stadium is being released … Amber Heard bankruptcy? Shocking … Here’s SPIN’s 5 Albums I Can’t Live without from Micky Dolenz. Inspired choices: https://www.google.com/url?rct=j&sa=t&url=https://www.spin.com/2022/08/5-albums-i-cant-live-without-mickey-dolenz-of-the-monkees/&ct=ga&cd=CAEYACoTMzk3NDQ5NDUwODMyNDYyOTUzNTIaMzY1MmUyODNjNWY2MDQ0ODpjb206ZW46VVM&usg=AOvVaw0koN3xl_a8HQOMMjZkrq6S …Happy Bday Bill Deutsch and Tony Bennett!!!
NAMES IN THE NEWS — Richard Johnson; Terry Jastrow; George Rush; Joanna Malloy; Gayle King; Jane Blunkell; Rebecca Castagna; Lush Ice; Beth Wernick; Bill McCuddy; Dan Mapp; Alex Salzman; Beth Wernick; Anthony Mason; Tom & Lisa Cuddy;
Related ItemsAmanda ShiresBatgirlDavid ZaslavG.H. HardingGeorge HarrisonLeslie GraceMO OSTINMTVNew
Celebrity