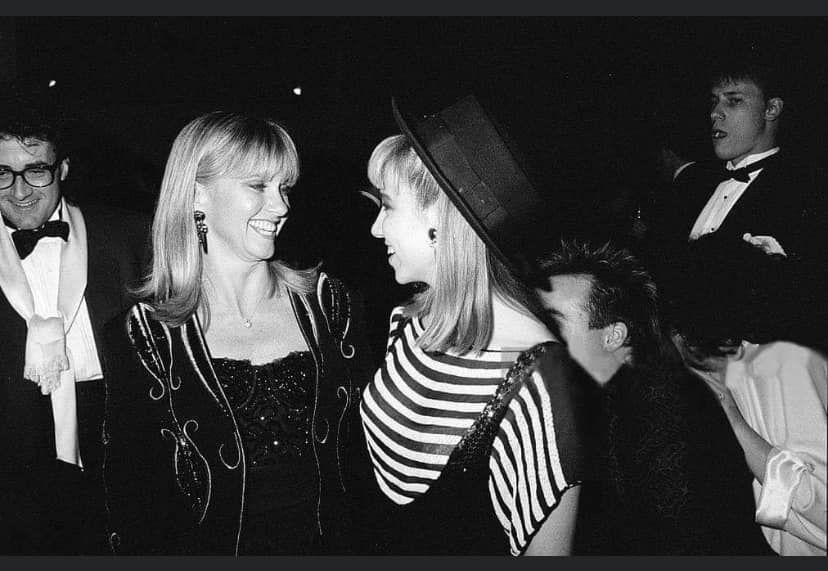 BYE BYE SANDY — Olivia Newton-John is gone. After an 8-year battle with cancer, she finally succumbed from it Monday. Watching the many, many tributes Tuesday morning I was struck by the enormous outpouring. From Elton John to Micky Dolenz. It was terrifically inspiring. 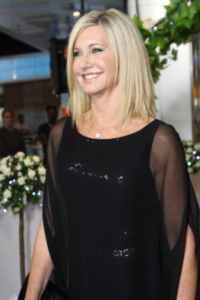 I met her many years at an after-party for Dick Clark’s American Music Awards in LA. (1988) when Debbie Gibson was the host. She was charming and  just everything you wanted her to be. John Travolta’s message was just perfect: “My dearest Olivia, you made all of our lives so much better,” said Travolta, 68. “Your impact was incredible. I love you so much. We will see you down the road and we will all be together again. Yours from the first moment I saw you and forever! Your Danny, your John!”
I loved her in Grease (1978) as did so many others, but I also thought she was great in Xanadu (1980). The movie wasn’t a hit, but her title song was. Just splendid.
Her “Let’s Get Physical” was an enormous hit in 1981; holding strong at #1 for nine weeks. Interestingly, the song was earmarked first for Rod Stewart and then Tina Turner; Turner’s then manager Roger Davies passed on it. Additionally, that’s Toto’s Steve Lukather on guitar on the track.
There was an accompanying video and per Wikipedia: The accompanying music video for “Physical”, directed by Brian Grant, features Newton-John in a tight leotard trying to make several overweight men lose weight. The men fail comically and Newton-John leaves the room to take a shower. When the men work out on their own, they suddenly transform into muscular, attractive men. A stylistic shot shows one muscular man glancing at his overweight self in a mirror. Newton-John is shocked when she returns and starts to flirt with them. Two of the men secretly go out, holding hands, implying they are gay. This surprises Newton-John, as does the sight of two more of the men leaving with their arms around each other. Finally, she finds that the last of the overweight men is heterosexual and they go off to play tennis together. It was needless to say, a huge hit. Take a look here:https://www.youtube.com/watch?v=vWz9VN40nCA
And, of course we can’t forget her “I Honestly Love You” for which she won four Grammy’s for in 1974. The track was written by Jeff Barry and Peter Allen.
A major, major talent and star! She’ll truly be missed. 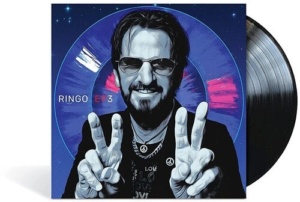 SHORT TAKES —Too much coffee? He’s back! Ringo Starr, the worldwide ambassador of Peace and Love, has announced his new, four song EP, coming September 16. Titled EP3,  and it is exactly that … Ringo’s third EP, following 2021’s Zoom In and Change The World. EP3 will feature Ringo’s new focus track, “World Go Round”, as well as “Everyone And Everything”, “Let’s Be Friends” and “Free Your Soul”. “World Go Round” was written by longtime All Starr Band member and Ringo collaborator, guitarist Steve Lukather, and Joseph Williams – both members of Toto. The pair also play guitar and keyboards respectively. “Everyone And Everything” was written by Linda Perry, formerly of 4 Non Blondes, and features Perry on guitar, percussion and backing vocals. “Let’s Be Friends” was written by Ringo’s longtime engineer and co-producer, Bruce Sugar, with help from Sam Hollander. The track features the great Nathan East on bass, Lukather and Sugar. Finally, “Free Your Soul”, written by Ringo and Sugar, concludes “EP3”. Jazz saxophonist, Dave Koz, plays on the song with Jose Antonio Rodriguez on nylon stringed guitar, as well as East and Sugar. EP3 will be available on CD, 10” vinyl and digitally. One month later, it will be available on translucent royal blue cassette. I know a little bit about writing and as much as this press release works …. it’s a tad kooky, right? No more coffee … 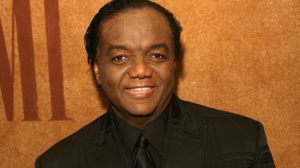 Another music giant passed Monday as well, Lamont Dozier – Mr. Motown to many in the know.

Showbiz 411’s Roger Friedman has an elegant obit on him. Take a read: RIP Lamont Dozier, 81, Co-Wrote Hundreds of Motown Hits with the Holland Brothers for the Four Tops, Supremes, More | Showbiz411
… Here’s a name to watch, writer and artist Ashley Suppa. Stay tuned for more on her. Her track “Trouble” is insanely good … 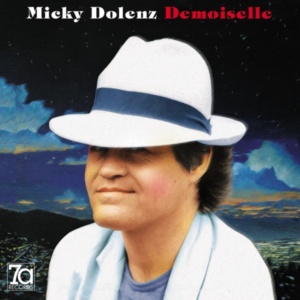 Micky Dolenz’s ‘s “My Heart Is Failing Me” from his “lost” Demoiselle album on 7a Records is #10 on Mike Read’s Heritage Chart in the UK and his CBS Morning News profile, with Anthony Mason, is locked for Monday, August 22 … 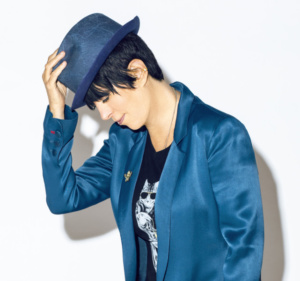