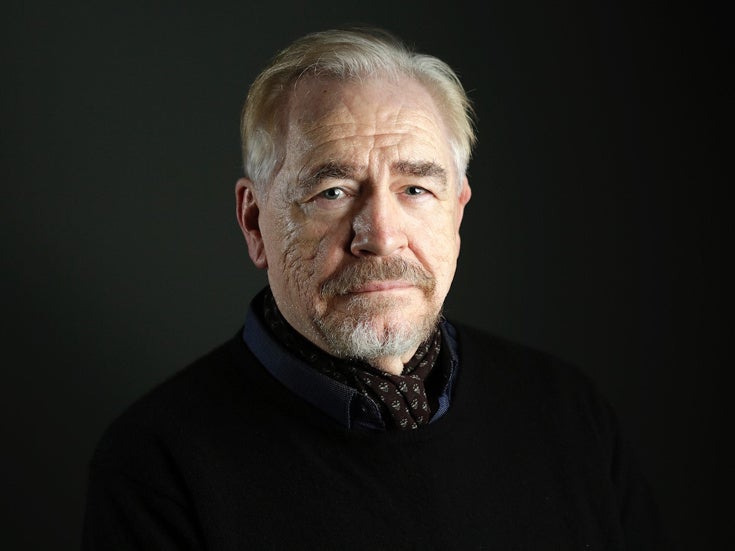 THE COX SOCIETY — I’ve been a fan of Brian Cox for years. His role as Logan Roy on HBO’s Succession has been like a master class with each installment. It’s actually given me tremendous pleasure to see the show embraced as it has.

Its second-season finale two weeks back still has people talking. My colleague Roger Freidman wrote a fantastic review of Cox’s playThe Great Society at the Vivian Beaumont Theater and we caught it Saturday night.

Cox is simply brilliant and yes, at times, channels his Logan Roy character on Succession. It’s written by Robert Shenkkan, who last year did the brilliant LBJ-play All The Way with Bryan Cranston. Cox plays LBJ on this as well, but with a startling cast: from Richard Thomas to Marc Kudish and the awesome David Garrison.

Largely at issue in Great Society is the Civil Rights Act of 1964, initiated by Kennedy just before he was assassinated, and the hell that Johnson put himself through to get it sanctioned in both substance and spirit by African-American leaders and then passed through a fractious Congress.

With a litany of characters: J Edgar Hoover to Richard Nixon, Robert F. Kennedy, and General William Westmoreland, the dialogue is at times a bit much to consume, but the finesse that Johnson graces each character with is tremendously relayed. Be it Kennedy or King, Hoover or Governor George Wallace (again, brilliant played by David Garrison) Cox’s reading of the lines is brilliant. At times, the play reminded me of an Aaron Sorkin-epic.

His performance hits its peak in the second act; viewing the damage done. From the riots in Chicago and in Watts … he angrily addresses everyone when he says … why do they hate me so much.

Suffice to say, this is not a play for the meek. I loved it!

Kaplan’s film, about a community that fully welcomes members of the LGBTQ community was terrifically heartfelt. Kaplan, also a photographer of major note, wove his tale seamlessly with a terrific nuanced portrayal of the many personalities there. I particularly loved the interview with The Mayor of the town, whose message was truly from the heart. I wish more political-figures shared his pride and joy in what his community has accomplished.

Alan is married to social-influencer Wendy Stuart Kaplan, who also participated in the production of the film. Rainbow Ending: a gem of a film.

MILLER’S GROOVE — Robert Miller and his Project Grand Slam, through the course of seven albums, have made some outstanding music; including their #1 album last year, Trippin’. We caught them Friday night, after a particularly crazy day, and just loved the show; relaxing and terrifically enjoyable. Miller had told his PR-man David Salidor, that they’d be playing some new music for a forthcoming album for 2020, so I was ready for the new material.

After a rousing beginning with the track “Redemption Road” (off their current PGS 7 album), they debuted their new material, “It Is A Miracle To Me,” and “Constable on Patrol.” The packed Groove-nightspot loved it. I found myself sitting next to a couple who had never heard them before and by-mid set they were fans for life.

I’ve been fortunate to have seen them numerous times, at The Groove and Rockwood, and this was their best performance by far. The interplay between the musicians has never been better and for me, the jazz-rock-fusion aspect is intoxicating. Marilyn Castillo, their vocalist, was just on fire.

The last portion of their set rocked with PGS-signatures: “No No No,” “The Queen’s Carnival” and they closed the set with their revamp of Jimi Hendrix’s “Fire.”

I also want to note the terrific sound this night. Previous performances have not benefited from such great sound.

I want to see Miller and his PGS-outfit at bigger venues; they’re right on the cutting edge of the new burgeoning jazz-fusion genre. They deserve to be seen.

SHORT TAKES — Tom Cuddy, at WOR in NYC, told me he just received the new Stephan Bishop album, We’ll Talk About It Later In The Car. We’ve been waiting for it from Bish’s PR-man Michael Jensen for what seems like ages … but, it hasn’t showed up yet. I’m sure it’s sensational, but would love to give it a whirl and give it a proper review. Bish is the best! … The photos last time from the Fifty Years Ago-tour were shot by Gary Hahn. Also, this one of Micky Dolenz and Broadway Records’ Van Dean. Just terrific and thank you Sir. Speaking of that tour, the first-leg ended last night at The Warner Theatre in Washington. After a break in November, it resumes in December. Again, for my money, the tour of the year. Just a wonderful show from start to finish …

12-year Kjersti Long’s podcast with Zach Martin (talking about her debut album Stronger Thank You Think I Am on Broadway Records – was a hit. Giver it a listen here:

https://podcasts.apple.com/us/podcast/big-fat-american/id1465382603?i=1000453764132&fbclid=IwAR1sp3Cfqz2vfQ3XBAmVudB5gd6RAlHtBMrQe4XWgAyTLbH_VUbjtb6HeHA … Look for another event for Supreme Glamour, from authors Mary Wilson and Mark Bego at Steve Walter’s Cutting Room in November, They’re both in New York for a series of in-stores at Barnes & Noble: in Paramus, New Jersey on Saturday, November 16 and Clifton, New Jersey on Sunday November 17… RIP Nick Tosches … terrific and fitting obituary in yesterday’s New York Times: https://www.nytimes.com/2019/10/20/books/nick-tosches-dies.html?fbclid=IwAR12VUtvE2G72euwdgWK7WQD6s6n2jDR-lfh2daDxvB-GN1L_FQPOe1-3NI

Suzanna BowlingSeptember 15, 2022
Read More
Scroll for more
Tap
Marisa Tomei is a Force of Nature In The Rose Tattoo
The New York Pops Scores a Hit With Jeremy Jordan