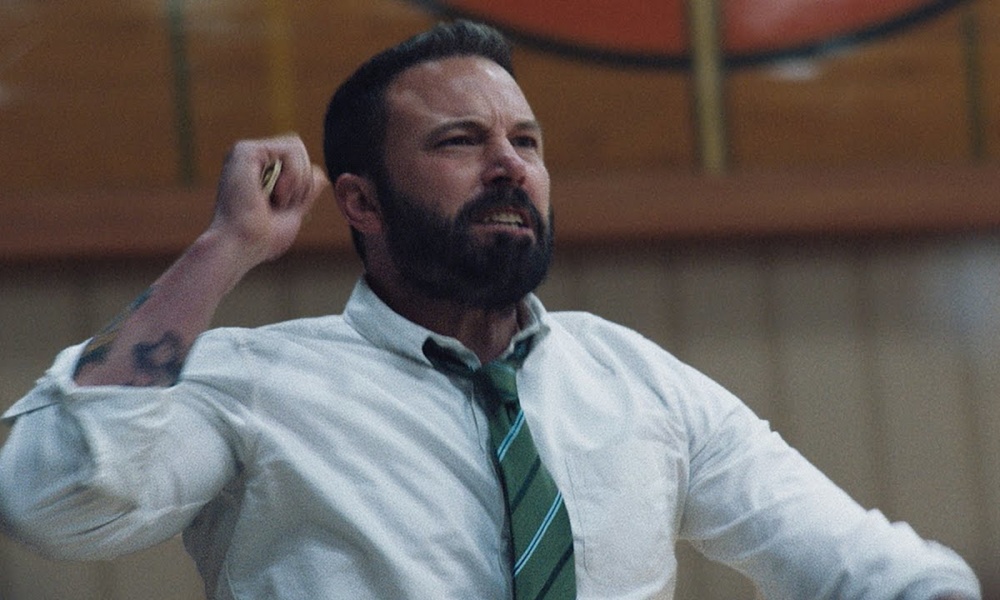 BACK TO AFFLECK — Eons ago, when his then-gf Gwyneth Paltrow had just released a classic-of-a-movie called Sliding Doors; I found myself at the movie after-party face-to-face with Ben Affleck; who admittedly didn’t have all that much to do as it was Gwyneth’s movie and her party. He diplomatically stepped aside and we spoke for almost two hours. I was completely taken aback as he was endearingly approachable, funny and took the whole event in with a grain of salt.

I’m certainly not a friend like Matt Damon, but I must admit, when I’ve run into him over the years, he always fondly remembered that night … as have I.

He’s gone through a lot: an Oscar, J-LO; Argo; Batman; Gigli; divorce; fatherhood; great movies; crappy movies and even when I didn’t particularly care for his latest movie, I always had to give the guy credit for hanging in. Face it, Hollywood loves to pump you up; then pump you down, but they do love a success story and Affleck has given them a lot to write about.

His new movie, The Way Back, I wasn’t dying to see, Roger Friedman reported it was his lowest movie opening in 20 years and the reviews, though good, weren’t smashing. The movie was directed by Gavin O’Connor, who did another movie of his The Accountant, that despite not being a major hit, was totally compelling and Ben’s performance was simply outstanding.

I saw him in Batman and Justice League and thought he was great. Still not sure why he left, but then some additional personal travails occurred and suddenly, this new movie, again directed by O’Connor, was out.

I went in, not expecting anything too great, but came out definitely moved by the story and again, just a sensational performance by Affleck. His performance in this movie makes you see why he’s lasted so long. My favorite Affleck movies, Argo and The Town, I seem to keep watching over and over because the stories are so great and his performances make it all work. And, that my friends, is what makes a movie star. Face it, Affleck has it.

They Way Out is a story of redemption and I have to say that everything worked in the movie. A terrific supporting cast and O’Connor’s direction was amazing.

This is why you can never count out Affleck.

THAT’S OUR HARRY — Harry Styles is enjoying a creative burst, spreading his wings after his years as a core member of the English pop group One Direction. Styles’ 2019 album Fine Line was well received, bursting with a maturity and depth that some probably were surprised to hear from “that guy from the boy band.”

Last week, Styles went on SiriusXM for an interview with Howard Stern — and he and his band decided to bust out a cover of the Peter Gabriel classic “Sledgehammer,” as well. Watch the clip:https://www.youtube.com/watch?v=Tqm7-zN5s8k

The result was a captivating performance from start to finish, with Styles and his backing musicians putting everything they have into the rendition.

After the clip showed up, Peter Gabriel himself gave Styles’ cover his official social media seal of approval, so now you know it was great.

As for Fine Line, it is the second full-length album from Harry Styles, and finds the singer showing some real versatility. Styles also admitted to using psychedelic drugs as part of his songwriting process, which probably played a role in the album’s adventurousness and the depth of sounds on display. He told Rolling Stone: “Psychedelics have started to play a key role in his creative process. “We’d do mushrooms, lie down on the grass, and listen to Paul McCartney’s Ram in the sunshine. We’d just turn the speakers into the yard. The chocolate edibles were kept in the studio fridge, right next to the blender. You’d hear the blender going, and think, ‘So we’re all having frozen margaritas at 10 a.m. this morning.’”

He points to a corner: “This is where I was standing when we were doing mushrooms and I bit off the tip of my tongue. So, I was trying to sing with all this blood gushing out of my mouth. So many fond memories, this place.”

Styles has an astonishing talent.

THE OUTSIDER OUSTED … OR IS IT? — We watched the final episode of HBO’s much-hyped Stephen King’s The Outsider last night, and though it packed more of a punch than the last few episodes, it suddenly tuned into an existential mind-chat with the entity, or El Coco, once it was discovered.

The series, with a red-hot Jason Bateman, started out with its guns firing on all cylinders – with Bateman’s character possibly killing a boy – but then began a mid-series slump, where exposition continued and continued; sometimes with as many as 10 people in a scene.

Last night’s closer started out with the core-group taking heavy gunfire and all but three surviving. That meant, that the rest of the episode struggled somewhat keep up. Cynthia Erivo, as the mystical-Holly, was terrific throughout and, along with Ben Mendelsohn, really kept things moving.

Once the entity known as El Coco, revealed himself, it got a tad too talky. They did eventually kill the entity and the rest of the episode was again, very talkative. They got their stories straight and everyone said goodbye … sort of.

There was a great shot where, after rouge-cop Jack has managed to fend off the influence of El Cocolong enough to tell the team he’s hiding in the cave, all before killing himself, the camera swings up into the air and surveys the wreckage. A burning car, other cars riddled with bullet holes, a few dead bodies. The remnants of a battle that still isn’t over.

It’s a shot that visually represents the thematic underpinnings of the series: that the real struggle comes after the battle, when grief and an existential crisis kick in. Evil is a hell of a beast, but it’s got nothing on the trauma that lives with you well after Evil has been thwarted.

Somewhat confusing, but the acting was exceptionally good. Will there be a part 2?

In a mid-credits sequence, something weird definitely happens. Typical Stephan King for sure.

SHORT TAKES —- Congrats to Monkee-Micky Dolenz who is the first inductee into the SoCal Music Hall of Fame. Take a look at Markos Papadatos’ exclusive story here:http://www.digitaljournal.com/entertainment/music/micky-dolenz-of-the-monkees-headed-to-so-cal-music-hall-of-fame/article/568387. Micky also celebrated his birthday Sunday night in LA with friends and family and we hear that there’s a big push for the Monkee-man to appear on Howard Stern’s SiriusXM show. Howard paid a huge compliment Monday AM on their just-released video, “Last Train To Clarksville,” off their April 3, The Mike & Micky Show Live album on Rhino Records. We keep you posted. We think it’d be awesome … South by Southwest’s cancellation this year will not be covered by insurance, founders Nick Barbaro and co-founder and managing director Roland Swenson confirmed to the Austin Chronicle Friday. (Barbaro is publisher the paper’s publisher). On Friday, Austin Mayor Steve Adler announced the March 13-22 interactive, film and music festival that takes place throughout Austin was being canceled by city and county officials over concerns about the spread of the coronavirus. After the announcement, Barbaro told the paper that the SXSWorganization does not have event cancellation insurance that covers disease outbreaks or city-wide emergency declarations. SXSW is not alone — most event insurance policies exempt contagious disease as a coverage category and organizers are required to purchase a waiver in order to obtain coverage for cancellations by illnesses like coronavirus. “We have a lot of insurance (terrorism, injury, property destruction, weather). However, bacterial infections, communicable diseases, viruses and pandemics are not covered,” Swenson told the paper. After news that Adler and other city leaders were canceling the event, South by Southwest organizers released a statement saying they were “devastated” by the news which meant that the cancellation would be the “first time in 34 years that the March event will not take place. We are now working through the ramifications of this unprecedented situation,” organizers wrote. The conference’s cancellation has led to a social media storm, with artists, vendors, hospitality workers, freelancers and more expressing frustration over the news and how they rely financially on SXSW. In response, Heard Presents and Prism.FM announced the Banding Together initiative with Austin-based businesses and individuals to help support those most affected …

Thank You Mister Rogers-producer Dennis Scott appeared Monday on NBC’s Today In Nashville on WSMV. Here’s a picture of Scott with anchors Kelly Sutton and Carole Sullivan … And, Pete Bittgigieg hosting Jimmy Kimmel Thursday? I’ve actually liked Mayor Pete more every time I see him. He’ll be back for sure; he really is that good! …Happy BDay Mark Lindsay!