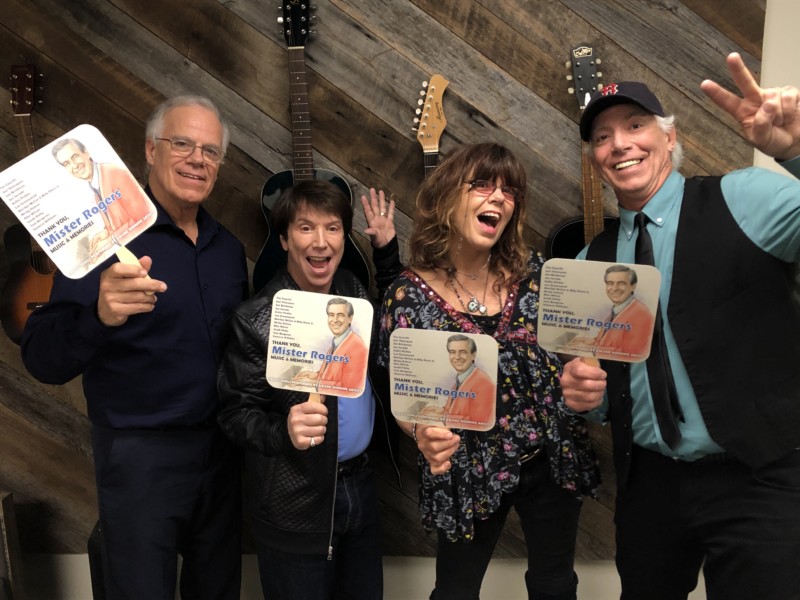 Dennis Scott with The Cowsills

LAST PICTURE SHOW — NBCUniversal’s new movie releases including The Invisible Man, The Hunt, Emma and the upcoming Trolls World Tour will be available to rent at home as soon as Friday, an extraordinary break from normal theatrical window periods that come as the entertainment and film industries brace for the long-lasting effects of the coronavirus pandemic.

Films that have already been released in theaters—including above mentioned—will be available to rent as soon as Friday from on-demand streaming services like iTunes, Amazon Prime Video and FandangoNow for $19.99. The titles will be available to stream for 48 hours following payment.

Trolls World Tour will be available in-home on April 10, the same day it is scheduled to be released in theaters.

Like all major movie distributors, NBCUniveral normally adheres to 90-day grace period between films being released in theaters and their availability via on-demand platforms. (The $19.99 NBCUniversal is charging for its theatrical rentals is usually the standard price to purchase a movie outright once it is available on digital.) The decision comes as a growing number of movie theaters around the country face shutdowns to curb the spread of the coronavirus.

Other films, like Disney’s live action Mulan, the latest James Bond installment No Time To Die from MGM, and Eon and NBCUniversal’s own F9, have had their release dates delayed.

“Rather than delaying these films or releasing them into a challenged distribution landscape, we wanted to provide an option for people to view these titles in the home that is both accessible and affordable,” NBCUniversal CEO Jeff Shell said in a statement. “We hope and believe that people will still go to the movies in theaters where available, but we understand that for people in different areas of the world that is increasingly becoming less possible.”

NBCUniversal will “continue to evaluate the environment as conditions evolve and will determine the best distribution strategy in each market when the current unique situation changes,” the company said, indicating that it might not necessarily return to business as usual once the crisis has abated.

The Comcast-owned company’s decision comes after Disney pushed up the availability of its film Frozen 2 on its streaming service Disney+ this past weekend, in a move that the company said was intended to “[surprise] families with some fun and joy during this challenging period.”

Two thoughts: One, bravo on the decisions, and Two: Might this just be the new normal? All these new streaming services were thought to have a slow, if assured buildup … now, they’re at the forefront.

Straight to streaming might be the new mantra. Robert Miller’s jazz/rock unit Project Grand Slam have already released new material online; there’s some of the best TV-ever out there already and books are next.

SHORT TAKES — With major talent not now being available for interviews and the like, there’s a mad scramble for talent that is available. A major PR-maestro told me he’s been called by talent coordinators asking who is available … After The Palm restaurant’s major sale last week to Del Frisco’s, Chris Gilman, who most recently headed up operations at their Tribeca-outpost in NYC, has relocated to LA to shore up the Palm’s Beverly Hills location. The most asked question I got after out story on the Palm last column was what was the motivation for the sale. I think it’s their valued locations …

Wendy Stuart Kaplan: Storytelling at The Explorers Club. Kaplan spoke about the making of her film Fragile Beauty, which is about 3 remote Ethiopian tribes, with fellow members Santiago Pardo Sanchez and Simon Wong mountaineering some of the highest peaks in the world, and the intense training involved. Here’s Kaplan with Cheryl A. Pierce … Forgotten Hits’s Kent Kotal is locked down reading Mark Bego’s Rocketman and listening to the Thank You, Mister Rogers album … And, this just in: Ella Fitzgerald: Just One Of Those Things – theatrical release postponed until further notice. In light of recent events surrounding COVID-19, all theatrical screening dates of the documentary film Ella Fitzgerald: Just One Of Those Things are being postponed at this time. New dates will be announced in the future. Additional information is available at www.ellafitzgeraldmovie.com. On behalf of Eagle Rock Entertainment / Landmark Theatres.