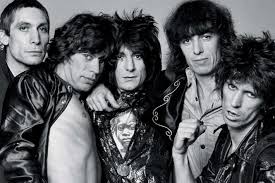 ONE WORLD AT HOME — The two-hour at home performance got phenomenal ratings but, for a critic like me, it proved to be a real insight into the various artists who performed: Stevie Wonder’s Bill Wither’s tribute was a great way to kick off the show. Wonder, who recently underwent a kidney transplant, looked good, though a bit wearied, but sang the hack out of wither’s “Lean On Me.”

From there, the Rolling Stones really showed all the newcomers how it’s done with their almost acoustic rendition of ”You Can’t Always Get what You want.” From four different locations, Jagger and crew really delivered a sterling performance. You’ve to hand it to Sir Mick; For 50+ years, he’s been on the boards and doing it great. Of course, Keith looked like he was at another show, but would you have wanted it any other way?

JLo’s performance of “People” was an odd choice and it may have been lip-synced. Elton’s “I’m Still Standing” from his backyard in LA was terrific; as was Lizzo and Billie Joe Armstrong, though he looked none-too-thrileld to be playing that song one more time. Taylor Swift was not mic’d poorly and Billie Ellish needs a mic. This is the second time I’ve seen here where you could barely hear her vocals. Is that he thing? Dunno, but looked pretty cheesy.

The one thing that kept nagging at me throughout the show was the fact that there have been some recent Global Citizens media stories that have not been too kind to them. The timing was not good, but a spectacular array of performers for sure.

Check out this performance from The Killers that was apparently not broadcast everywhere, of “Mr. Brightside.” Amazing!

TERRY DORAN RIP —Terry Doran, a longtime associate of the Beatles in various capacities – from supplying them with sports cars via the dealership he co-owned with their manager Brian Epstein to providing a key word to their song “A Day in the Life” to managing their publishing arm, and more – has died.

The news was reported by the noted Beatles historian, Mark Lewisohn, who didn’t provide a cause of death or precise date. Lewisohn wrote that Doran was 80.

As Lewisohn wrote, Doran was “not only the man from the motor trade.” The author of numerous authoritative Beatles books was referring to the lyric in “She’s Leaving Home,” from 1967’s Sgt. Pepper’s Lonely Hearts Club Band album.

In the The Beatles Anthology, published in 2000, John Lennon was quoted about Doran’s one-word contribution to the song. “(There was a story in the newspaper) about 4,000 potholes in the streets of Blackburn, Lancashire. There was still one word missing in that verse when we came to record. I knew the line had to go: ‘Now they know how many holes it takes to – something – the Albert Hall.’ It was a nonsense verse, really, but for some reason I couldn’t think of the verb. It was Terry who said ‘fill’ the Albert Hall. And that was it. Perhaps I was looking for that word all the time, but couldn’t put my tongue on it. Other people don’t necessarily *give* you a word or a line, they just throw in the word you’re looking for anyway.”

Doran co-owned Brydor Cars with Epstein, the name derived from their names. Among the dealership’s customers for its luxuriously appointedMinis were members of the Fab Four.

Paul McCartney denies the claim about Lewis being the inspiration for “the man in the motor trade.” In the book, Paul McCartney: Many Years From Now, he’s quoted as saying, “It was just fiction, like the sea captain in ‘Yellow Submarine,’ they weren’t real people.”

In his tweet about Doran’s death, author Lewisohn also referred to him as “mate to all the Beatles, a laugh, joint-roller and merry tripper.”

After Epstein’s death in 1967, Doran managed the Beatles’ fledgling Apple Publishing company, a precursor to their Apple Corps Ltd. While there, he signed Scottish musician George Alexander (Young) to a publishing contract. Alexander was the older brother of the Easybeats’ George Young, as well as Malcolm Young and Angus Young, founding members of AC/DC.

He also worked extensively for Harrison, as his PA and at his Dark Horse Records. An integral part of The Beatles for sure.

SHORT TAKES — Terrific interview from Larry LeBlanc (Celebrity Access) on everyone’s favorite radio-personality Cousin Brucie Morrow. I’ve known Brucie for decades and he never fails to amaze. At 84, he’s hotter than ever. Check it out here:https://celebrityaccess.com/2020/02/06/interview-cousin-brucie-morrow/ … Could there by a Blue Note At Home broadcast shortly? Stay tuned … New video coming from Robert Miller’s Project Grand Slam, for their brilliant “I’m Falling Off Of The World.” We’ve seen a peak … just terrific effort. From their next album East Side Sessions …

Next week is the series finale of Showtime’s Homeland. Eight terrific seasons for sure, although there were some bumps along the way. Last night’s penultimate episode ended with Carrie being told, she could just kill Saul. White I don’t presume that will happen, you never know. I thought this season was splendid and will really miss this show when its gone. I’ve been watching shows like Fauda and Wanted … and, they’re really well below the bar set by Homeland. Next Sunday is their ending and while it won’t make everyone happy; I predict it will be awesome … Steve Pond is one great writer; check out his review of the new sort-of-Bowie-bio Stardust: https://www.thewrap.com/stardust-film-review-does-this-story-of-the-young-david-bowie-ring-true/ … And, this Saturday is the All Together Now benefit concert for LA.

Also, hot off the presses, Ken Sharp’s interview with Dolenz for Rock Cellar Magazine. Its a good one: https://www.rockcellarmagazine.com/micky-dolenz-interview-monkees-covid-19-quarantine-live-album-adam-schlesinger/