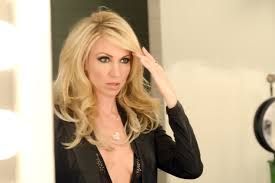 SHAPIRO’S BRONX — I went to quite the fantastic event Monday night, at the invitation of Rockers On Broadway-chieftain Donnie Kehr. I met up with him and his PR-man David Salidor at the newly constructed Hudson Yards in NYC at 33rd and 10th. I had not been in this area in years and honestly, it felt like a different world. New buildings literally everywhere. We walked in at about 6:15 PM and the constructions workers were still at it.

Before the movie even began there was quite a sumptuous offering of food and drink. Seen in the crowd were such bold-faced names as comedienne Robert Klein; Gilbert Gottfried; Chazz Palminteri; Broadway’s Donald Weber; Billy Amendola and his wife Chris; Felicia Collins and Will Lee; and, Jerry Seinfeld. The filmmakers were all present; we met producer and director Danny Gold and supervising producer Taryn Grimes-Herbert.

An announcement was made and we sauntered on inside, up two escalators and suddenly we were in theWarner Media screening room. So perfectly outfitted, Kehr leaned over to say, he could do a play in there.

The movie was The Bronx: USA; a sequel of sorts put together by 85-year old George Shapiro; who became super-famous (along with his late-partner Howard West) for being Jerry Seinfeld’s manager.

Shapiro grew up in the Bronx and even at 85, relishes his time there. The film was him meeting old friends and visiting several of his favorite spots from his time there. Interspersed were interviews with Palminteri; Alan and Arlene Alda; Colin Powell; and, graffiti artist John ‘Crash’ Matos. There was also much interaction with the kids living there now and dialogue about what their lives were like now.

To me, Shapiro is a raconteur of the highest order. He started out as an agent and soon learned the intricacies of management.

After the film, there was a small, dinner at Palminteri’s restaurant in midtown. Quite lovely.

Kehr’s Rockers-event on November 11, told me there was a special guest yet to be announced. I know who it is, but was sworn to secrecy. Russ Titleman is one of the honorees and Robert Funaro, in Marty Scorsese’s new movie The Irishman will be there as well. It will be another terrific evening.

ROBERT EVANS RIP — Producer Robert Evans passed last weekend. Evans, the renowned producer of three of the greatest movies ever (Love Story; Chinatown; The Godfather) was perhaps his own best production. Reading through the multitude of ink on his passing, there’s no doubt in my mind that Evans was the last tycoon of old Hollywood. His book The Kid Stays in the Picture perhaps best exemplified that.

In ill-health these last few years, Paramount (the studio that he worked for and made millions for) ended a 52-year producing deal. Best-friend Nikki Haskell said he died of a broken heart.

I never met him, but always wanted to. RIP Mr. Evans.

SHORT TAKES — Debbie Gibson’s new show, as one of the judges, America’s Most Musical Family premieres this Friday; on Nickelodeon, MTV, VH1, BET and TV Land Check your local listings. And, check this promo out on Ms. Gibson:   https://www.youtube.com/watch?v=zlKW8Vb7xI4&fbclid=IwAR1cnucJ2JkTD8-qhH7dZCWwwQRW8LBfIDdN2wg2_3EV6DQZKA7hu6bjzDs … Mary Wilson’s on The View today at 11:00 AM ET on ABC-TV …

Finished watching Netflix’s second season of Mindhunter and boy, what a great show. It’s director David Fincher’s baby (Seven) and it’s just sensational.  Moody, atmospheric, nuanced … just perfect. Jonathan Groff (Spring Awakening) and Holt McCallany are just terrific. Anna Torv and Michael Cerveris (both from the late-great Fringe) are along as well. If you haven’t caught this, please do so. Must-see TV for sure … Micky Dolenz will be in Nashville on November 12th for the James Burton Foundation; along with Joe Walsh; Brian May; Sammy Hagar, Paul Shaffer; and, Chicago’s Jason Scheff. Burton, of course, was part of the infamous Wrecking Crew …

Social-influencer Wendy Stuart Kaplan appeared Monday night at Bedlam on the Lower East Side at the Reading for Filth event, which she co-produced and appeared in. Performers included Michael Musto (Village Voice); Penny Arcade; and, Eileen Dover. She’s seen here with Blair Bersha for B&B Couture, who outfits Wendy …

Regular-readers of this column will know I am a huge-Dave Mason fan. Read this review of Dave’s recent West Coast concert. The kid still has it:https://lefsetz.com/wordpress/2019/10/07/dave-mason-at-the-saban/ … and, Happy Bday Mark Alpert!