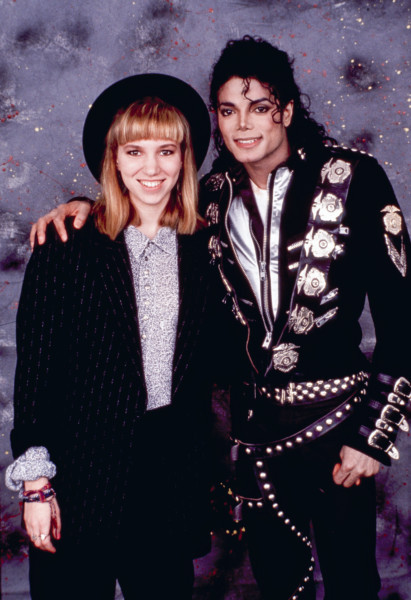 NEIL’S TRANS — On Dec. 1, 1983, Neil Young was served with papers from his then label, Geffen Records. The suit charged Young with recording “unrepresentative” and “uncharacteristic” albums, essentially arguing that Neil Young no longer sounded like Neil Young.

In early 1982, Young was looking for a change. He’d released 13 albums with Reprise Records, earning fame and critical acclaim along the way. Not every release was a hit, as 1980’s Hawks & Doves and 1981’s Re-ac-tor had fallen flat. The latter was his final commitment under the contract he had signed with Reprise. Thus, the singer-songwriter found himself searching for a new home.

Enter Geffen Records, the upstart label created by music industry veteran David Geffen. Though the label had only been around for a couple of years, they’d already found success with Donna Summer’s gold-certified The Wanderer and John Lennon and Yoko Ono’s double set (and, comeback) Double Fantasy. Geffen saw Young as another big fish to add to its catalog. Young saw Geffen as new outlet for his creative and artistic ideas. Neither got what they had hoped for.

Young’s first release under the Geffen flag was Trans. Layered with synthesizers and vocoders, the album represented a foray into electronic music. Listeners were shocked by the stylistic change. In their 1983 review, Rolling Stone said hearing a computerized Neil Young was “like seeing a satellite dish sitting outside a log cabin.” It wasn’t until later that the inspiration for Young’s robot-like vocal parts would be revealed. “My son is severely handicapped, and at that time was simply trying to find a way to talk, to communicate with other people,” the singer admitted in a 1995 interview with Mojo. “That’s what Trans is all about. And that’s why, on that record, you know I’m saying something but you can’t understand what it is. Well, that’s the exact same feeling I was getting from my son.”

Though not a commercial success,Trans still made it to No. 19 on the Billboard 200 chart, surpassing Young’s two previous releases. Still, Geffen was disappointed with the album and expressed their opinions to the singer. In return, he offered them a country album that he’d recorded the previous fall titled Old Ways. The label rejected it and demanded a rock n’ roll album.

“They thought I was all over the map and didn’t understand why I was out there playing country, although to me it sounded like B.B. King more than country,” he said years later during an interview with the Los Angeles Times. “All my music comes from all music — I’m not country, I’m not rock ‘n’ roll, I’m just me, and all these things are what I like.”

In an attempt to appease Geffen, Young recorded and released the rockabilly-style album Everybody’s Rockin’. “They told me they wanted me to play rock ‘n’ roll, and told me I didn’t sound like Neil Young,” the singer recalled. “So I gave them Everybody’s Rockin’ and said, ‘This is a rock ‘n’ roll album by Neil Young after someone tells him what to do; this is exactly what you said you wanted.’ And we got way into it.”

Reviews for Everybody’s Rockin’ were harsh, with the Village Voice proclaiming “The covers are redundant or worse, as are all but two of the originals.” Geffen was once again disappointed. Young claims he expected their negative response. “When I made albums like Everybody’s Rockin’ and everyone takes the shit out of ’em… I knew they could do that. What am I? Stupid? Did people really think I put that out thinking it was the greatest fuckin’ thing I’d ever recorded? Obviously I’m aware it’s not. Plus it was a way of further destroying what I’d already set up.”

Exacerbated with what they viewed was Young’s refusal to make commercially viable music, Geffen took the unprecedented step of suing the artist. In response, Young counter-sued, claiming his contract gave him complete artistic freedom. After a messy war of words, the suit eventually settled, with Geffen apologizing to Young. The label would go on to release Old Ways, along with two more Young albums: Landing on Water (1986) and Life (1987). Following the completion of his commitment to Geffen, Young returned to Reprise Records. He continues releasing albums on the label to this day.

NAMES IN THE NEWS — Celebrity-scribe Mark Bego has inked a two-book deal with Roger Chasteen’s Yorkshire Books. First up will be a book on “Band of Gold” singer Freda Payne, Here’s the story by Gary Graff: https://www.theoaklandpress.com/entertainment/pontiac-author-mark-bego-teams-with-singer-freda-payne-for-new-memoir/article_2f3e4518-b624-11ea-9fbd-7b7cf4a3e332.html …

Speaking of Mr. Bego, he sent us a rare throwback photo with artist Greg Porto; Kid Creole & The Coconuts’ Coati Mundi; and PR-pasha David Salidor. Here you go … We watched the second season of Showtime’s mostly-confusing Homecoming – the first season featured Julia Roberts (who is not in the new season , but is still attached as a producer) and left us wondering throughout. This new season with Janelle Monae, who we love, is just as confusing. This season, Chris Cooper is along for the ride as Leonard Geist, the mysterious head of Geist Corporation who grows berries that have supernatural powers. A friend of mine raved about it, but, me – still in the dark … Sad news about LA’s Steve Bing. Worth about $600 million, he jumped Monday from his 27thfloor penthouse. Met him a few times in LA … terrifically nice, but I always got the feeling he was hiding much. He produced the Marty Scorsese’s Rolling Stones film and The Polar Express with Tom Hanks. One wag told me he saw Bing involved in a deep conversation with someone and Bing finally reached into his pocket, took out a blank check and filled it out on the spot. Sad. RIP … 35 years since the movie Back To The Future??!! Amazing. I just watched it recently and it held up. Hollywood, please don’t even think of doing a remake on this one. Right? …

Speaking of anniversaries: Last Thursday was the 32nd anniversary of Debbie Gibson’s “Foolish Beat” record; which she wrote, produced and performed and reached # 1 on the pop charts in 1988. She stills holds the record for doing that and we asked David Salidor, her PR-go-to- back then to reminiscence about that record and the terrific video that accompanied that song:  “It was hands-down just hands-down a great record, production and performance. In many ways, my favorite Deb-record of all time. The outdoor portions of the video were shot in Manhattan near South Street and I remember it very well, as I was suffering through the worst flu ever. But, the results speak for themselves. Just stunning. I watched it again last week and felt exactly the same way I did back then. Proud to have been a part of that whole phenomenon. Historic for sure!” … And, if we may, one more anniversary: June 25 was 11 years since we lost Michael Jackson. I met him once in LA at one of his shows and he seemed fine. It was an amazing show too (Debbie Gibson, Tiffany and Marlon Brando were also there!). Roger Friedman is his always fabulous Showbiz 411 column, posted a brilliant reminiscence: https://www.showbiz411.com/2020/06/25/remembering-michael-jackson-on-the-11th-anniversary-of-his-death-when-having-the-receipts-was-the-real-thing