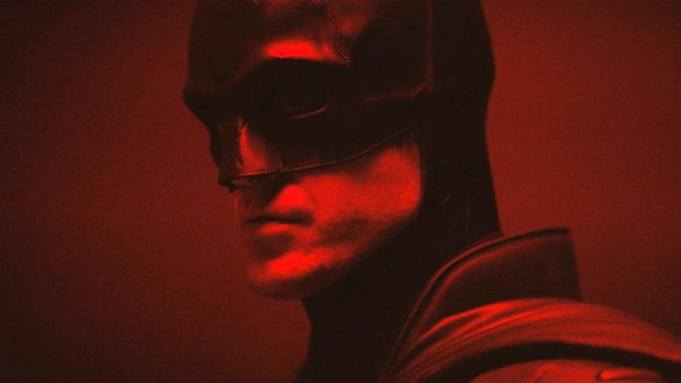 KASTEL’S TIME TRAVELER — Imagine this: You record some songs in the mid-70’s and they sit on the shelf unreleased for decades. And, they were recorded the old fashioned way – on real tape and at the legendary A&R Studios, owned by Billy Joel-producer Phil Ramone. The songs retain a uniqueness from those days that’s undeniably attractive. Trends changed, new artists came and went, record labels closed up shop and were replaced by newer ones and now, in this topsy-turvy, upside down world, you finally elect to make them available.

Singer/songwriter Vic Kastel, who has released the material on his album Time Traveler says, “Each time I re-visited them, they sounded better and better. And, in a cosmic-twist of fate, they actually sounded more relevant than ever before,” he adds.

The 13 tracks on his album bristle with a fervor missing from much of today’s repetitive music. “There’s no auto-tune here; rather, real musicians and original songs,” he adds.

The lead-off track “Don’t Ever Let Me Catch You Giving Up On My Love” is indeed a pop-radio track from the 70’s and, while most of radio is no longer Top 40-oriented, if it were, this song would be a massive hit. Kastel says on the liner notes, “It may be true that every picture tells a story, but, for me every story becomes a song,” and that’s sentiment is evidenced in some outstanding material, like “First Impressions” and “Never Gonna Leave It.”

Time Traveler is a welcome, rare surprise this year. It sounds both fresh, new and … vital. When both Bob Dylan and Neil Young are still putting out new albums, Kastel’s debut effort is on the mark.

Written by Winter, the series is set in the world Reeves is creating for The Batman feature and will build upon the film’s examination of the anatomy of corruption in Gotham City, launching a new Batman universe across multiple platforms. The series will extend the world established in the movie and further explore the myriad complex characters of Gotham.

“This is an amazing opportunity, not only to expand the vision of the world I am creating in the film, but to explore it in the kind of depth and detail that only a long form format can afford — and getting to work with the incredibly talented Terence Winter, who has written so insightfully and powerfully about worlds of crime and corruption, is an absolute dream,” Reeves said.

It is unclear whether Batman will be among the characters on the show. Similarly set in the Marvel Cinematic Universe, ABC’s Marvel’s Agents of S.H.I.E.L.D. does not feature any of the MCU’s famous superheroes.

Our collaboration with Warner Bros and DC allows us to elaborate and grow fan connections across these powerful brands for years to come. This is Batman as most audiences have never seen before, and we know fans will want to spend more time in this new world inspired by the film,” Reilly said.

Warner Bros TV recently explored the Batman universe with another series set at the Gotham Police Department, Fox’s Gotham, which was set primarily in a time frame prior to Bruce Wayne becoming Batman. Also set in that world is Warner Horizon’s Epix series Pennyworth.

Among the DC series in the works at the streamer are Green Lantern and Strange Adventures from Greg Berlanti and Justice League Dark from J.J. Abrams. Additionally, the platform is sharing Doom Patrol with DC Universe, has DC Superhero High and is the streaming home for the CW’s Batwoman.

It is very rare to have movie and TV series co-existing in the same universe at the same time. Marvel did it with Agents of S.H.I.E.L.D. and its Avengersmovie franchise.

Winter won four Emmys during his tenure on HBO’s The Sopranos, twice for Outstanding Drama Series and twice for Writing for a Drama Series. He created the HBO drama Boardwalk Empire, which ran for five seasons and earned Winter two additional Drama Series Emmy nominations. He was nominated for an adapted screenplay Academy Award for The Wolf of Wall Street, directed by Martin Scorsese, who had previously helmed the Boardwalk Empire pilot. He and Scorsese subsequently co-created (with Mick Jagger and Rich Cohen) the HBO drama Vinyl.

SHORT TAKES — Do you remember American Top 40? The syndicated radio-hour that featured the infamous Casey Kasem. That weekly program helped inform my growing up and the hour, which is celebrating a 50thanniversary this week (it started with Kasem in 1970 and still is aired today with Ryan Seacrest at the helm), informed so many –of that unique time- of the new records; new artists and via Kasem, gave a nice peak behind-the-scenes. Say what you will about Kasem -and, there are a lot of opinions out there- he did a terrific job of introducing new artists and giving a well-composed shout-out about them. Here’s a compilation of Debbie Gibson’s moments on AT40:

… One more Kasem factoid: Tom Cuddy, late of WPLJ and now at WOR, was once his boss! … This final season of NBC’s Blindspot has been pretty phenomenal. I watched the last two episodes Friday and they both bristled with the energy of their golden first season. If there was ever a TV show that started great, then fizzled out (for a variety of in-house reasons) this was the one. Chris Carter’s Millennium was another one – but, that’s a whole other story. The finale unspools in two weeks …

TNT’s Snowpiercer (yes, the series based on the movie) ends their season this week with a 2-hour finale. It’s been strangely compelling, with the terrific Jennifer Connelly and Daveed Diggs. Its good … but, could have been better IMO. Their penultimate episode last Sunday was loaded with somewhat unnecessary violence and globs of blood everywhere; somehow telegraphing the great horror movies of yesteryear. I’ll watch this week’s ending for sure. One of the actors said, that not only will there be a second season … but, a third as well. Stay tuned … Terrific article on the late-great Johnny Depp’s reign as a teen-heart throb by Maureen Callahan in the New York Post. Callahan used to work for the long-gone-classic teen magazine, Sassy – along with Jane Pratt and Christina Kelly and was quite clearly a Depp-acolyte. This is the magazine (along with Julie Laufer’s BOP) that gave the teen (male and female) heartthrobs of the moment their daily dose of ink in a grandiose way. In a way, it was the new world–16 Magazine… if you remember that. Callahan’s piece is terrific. Take a look: https://nypost.com/2020/07/08/johnny-depp-the-ultimate-gen-x-pinup-goes-out-with-a-sad-whimper/ … And, best line of the week: from Madam Cindy Adams: I quarantined at my refrigerator … so funny and so true!