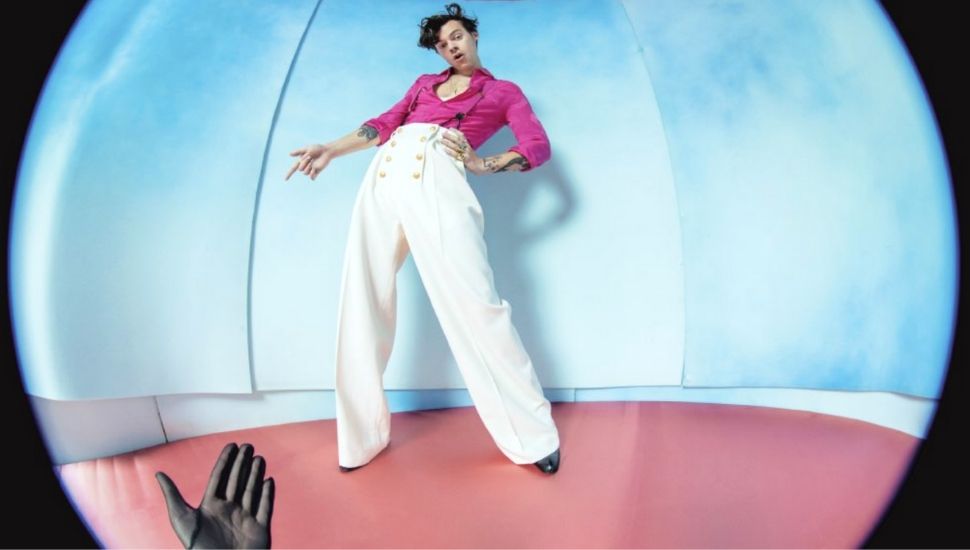 Written by George Eastman and directed by Karen Carpenter (Love, Loss and What I Wore), the new play is set for City Center’s Stage II for a strictly limited engagement beginning previews November 18 and opening December 4.

Harry Townsend’s Last Stand follows 85-year-old Harry Townsend (Cariou), a widower, living alone in the Lakeside home he built in Vermont. While he still possesses a sharp mind and a dry wit, he is getting up there in age. Beside his daughter, Sarah, the one happiness in his life is his son, Alan (Bierko), who is finally coming home after an 18-month absence. Yet Alan’s return is accompanied by an agenda that puts the aging father and his concerned son at odds.

The production describes the play as “a story of complex family dynamics, passion, humor and the shorthand of communication that we have with our loved ones.”

Cariou won his Tony for 1979’s Sweeney Todd: The Demon Barber of Fleet Street, the Stephen Sondheim musical in which he starred opposite Angela Lansbury. His extensive stage credits include A Little Night Music, Night Watch, The Speed of Darkness, Neil Simon’s The Dinner Party and Proof.

Feature film credits include Spotlight and Flags of Our Fathers. He stars as patriarch Harry Regan on CBS’ Blue Bloods.

Bierko was last on TV in the Lifetime/Hulu series UnREAL, with other credits including Boston Legal, Damages and The Good Wife. He starred on Broadway in Des McAnuff’s Guys & Dolls, Meredith Wilson’s The Music Man and most recently in Matilda.

GOOD ‘n SCREWED — In this column’s second generation, we raved about a proposed TV-series entitled Good ‘n Screwed, from the very talented actress Joanna Bonaro. Cindy Adams raved about several times and the media people who saw the sizzle-reel just adored it. Robert Funaro, from The Sopranos and the upcoming The Irishman, was in it and just dazzled everyone with his portrayal of a possible suitor for Joanna’s character.

It was unspooled at least a dozen festivals and even took several prizes, but then, just stone silence.

With the success of such shows as Grace and Frankie and the current Kominsky Method, this plot, about a suddenly divorced middle-aged woman, was topical, timely and just beautifully done.

We were given an advance look from their press agent and just feel in love with it. What happened? If you know … clue us in.

NEIL’S HARVEST — Neil Young has long shied away from performing his classic albums in concert, and, in a new interview with AARP, he says that is unlikely to change any time soon.

“I was just offered millions of dollars for a tour to do Harvest,” he told writer Edna Gundersen. “Everyone who played on Harvest is dead. I don’t want to do that. How about planting instead of harvesting?”

Sadly, Neil Young isn’t exaggerating when he says that everyone from his Harvest-era band the Stray Gators is dead. Pianist Jack Nitzsche died in 2000, drummer Kenny Buttrey died in 2004, pedal-steel guitarist Ben Keith died in 2010 and bassist Tim Drummond died in 2015. “I miss my old friends, all of whom are gone, except for the wonderful music they made while they were here together on Earth,” Young wrote on his Archives website in 2018. “I was so lucky to know them and make our music together.”

Elsewhere in the interview, Young talks about his possible 2020 tour plans. “If I decide to go on the road, I’d like to do a democracy tour next year with different people that keep changing,” he said. “Not right or left. Democracy is not you on this side and me on that side just to see who wins.”

He also said his poor relationship with David Crosby makes a CSNY reunion unlikely. “Crosby should write an introspective book: Why People Won’t Talk to Me Anymore,” he said. “He made a lot of great music for a long time. I don’t know what happened with David. I got nothing to say. I love Stephen. I love Graham. If a reunion happens, it would be a surprise. I won’t close the door on anything. I can hold a grudge with the best of them but only if there’s a reason for it.

Finally, he said that a retirement tour will never happen. “I’d feel like Cher,” he said. “Don’t retire unless you really aren’t interested. I’m interested. It hurts a little to play now where it didn’t before. I don’t hear quite as well as I did before. My voice is not like it was before. Show me something that is like it was before. I feel good about the future. The idea is, do not stop moving.”

SHORT TAKES — There’s a new album set for OD’s Harry Styles, called Fineline which has as its cover, a photo of Styles that must have been shot with a fisheye lens, wearing a flamboyant pink ruffled plunging Gucci shirt and high-waited white flared trousers with gold buttons on them. It’s positively daft. Legions of Styles-fans must be re-arranging their wardrobe even as we speak. It’s due Friday, December 13.

Stay tuned … 12-year old wunderkind Kjersti Long was shooting a new video for a track off her debut album for Van Dean’s Broadway Records. What happened to it? She’s one of this year’s star-breakouts if you ask me … Industry blog-blubber Bob Lefsetz has been dating Felice Mancini; daughter of the legendary composer Hank Mancini. Hmmmm

…. Seth MacFarlane’s The Orville, a terrific show btw, moves from FOX over to Hulu sometime next year. Hulu is a pay-streaming service. I don’t get it and don’t think I will. I’d love to know the intrigue behind why a successful network shows moves over to a pay-for-play service. To me, the show’s history … I watched last week’s The View where Supreme-Mary Wilson was a guest. Cory Booker was the lead guest and essentially hi-jacked the show; with his girlfriend Rosario Dawson sitting in the audience … looking quite sensational btw. With a scant five minutes left, Wilson was introduced and was interviewed by Whoopi Goldberg, who wrote the foreword to the book Supreme Glamour,written with celebrity-author Mark Bego. The interview was just fine, but it seemed liked a countdown clock was on. Surely, The View could have done better … My colleague Roger Friedman (Showbiz 411) broke the news, but I’m going to relay it: The Good Wife’s Julianna Margulies is joining the fifth season of Showtime’s Billions. Also, actor-Corey Stoll will be joining the show as well. I’ll be honest, I don’t watch it, but with Margulies joining, I just may have too … Some of the early reviews of Marty Scorsese’s The Irishman were almost biblical. Now that it’s being shown and screened, some are saying that it’s about an hour too long. Me? I’m a huge fan of Scorsese and will see it as he released it. Stay tuned! …

And, Donnie Kehr’s Rockers On Broadway is next Monday, 11/11 at NYC’s Le Poisson Rouge. He’s here with Motown’s Morgan James in rehearsal.