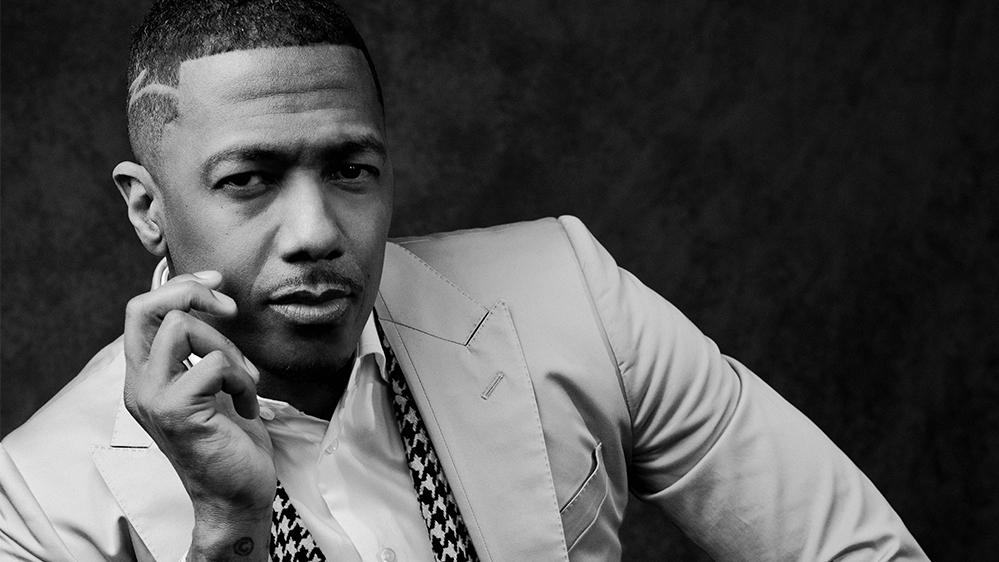 Cannon took to Twiter and told the world about how sorry he was yesterday evening for anti-Semitic comments he made during an episode of his videotaped podcast, Cannon’s Class.

He apologized by tweeting, “First and foremost I extend my deepest and most sincere apologies to my Jewish sisters and brothers for the hurtful and divisive words that came out of my mouth during my interview with Richard Griffin (Public Enemy). They reinforced the worst stereotypes of a proud and magnificent people and I feel ashamed of the uninformed and naive place that these words came from. The video of this interview has since been removed.”

And according to the Hollywood Reporter, Fox and Cannon have come to a meeting of the minds and Cannon will keep his deal as host of The Masked Singer with Fox saying, “When we were made aware of Nick Cannon’s interview with Richard Griffin on YouTube, we immediately began a dialogue with Nick. He is clear and remorseful that his words were wrong and lacked both understanding and context, and inadvertently promoted hate. This was important for us to observe.”

“Nick has sincerely apologized, and quickly taken steps to educate himself and make amends. On that basis and given a belief that this moment calls for dialogue, we will move forward with Nick and help him advance this important conversation, broadly. Fox condemns all forms of hate directed toward any community and we will combat bigotry of any kind.”

I’ve always liked Cannon and when he left America’s Got Talent (replaced by Terry Crews), I thought the show would drop in popularity. Crews is great and the show is bigger than ever. With all the static about this imbroglio, I honestly don’t see Cannon remaining on Fox for long and predict he himself will step aside for the good of the show.

I’m not a huge fan of the show (I think it’s kind of silly!) and have yet to come to grips with Cannon’s turban-wardrobe, but, really, how can he remain there?

Dancing with the Star’s hosts Tom Bergeron and Eric Andrews were unceremoniously axed this week … to be replaced by Tyra Banks … so, look for a similar situation to happen with Cannon. Truth be told, ABC handled it very, very poorly. Bergeron’s been there for 15 years and deserved much, much better treatment from the alphabet network.

With all that’s gone in in the last four months, the last thing a network wants is a problem like this … just ask NBC/Comcast about their Matt Lauer-problem.

GREENLY GOOD — After our take on wordsmith-extraordinaire Mike Greenly last time, we sat with him and asked him about his current activities:

Q: What are you working on right now?

A: I have no mechanical skills and can barely change a light bulb, but was lucky to discover that words are my friends. I’m currently co-writing three books (with a global beverage alcohol exec; another with a hair stylist in NYC; and the mayor of my home town, Beaufort, SC … a eulogy for the owner of a small factory who’s losing his dad … and, a new dance club song with a DJ/producer in California … and, an anti-racism song requested by the Mayor (Beaufort, SC) as part of his project.

A number of my songs seek to contribute positively to society – about climate change, equality (gender, racial, etc.) and mutual respect of one another. I’m especially focused right now on “I See You” with Grant Maloy Smith. It’s been adopted as the theme of a new anti-ageism campaign by Masterpiece Living.

Q: What are your thoughts about this pandemic; will things return to normal?

A: I came up from South Carolina on a Greyhound bus, thinking I’d find “work” as a playwright … learned there are nohelp wanted ads like that, so I became a business exec so I could afford theater tickets. It pains me for many reasons that Broadway is closed till next year … and I fear that there might not be the same “normal” in the years ahead if we need to maintain more social distancing. That’s just one example, but my guess is we’ll have lots of “new normal” to adjust to.

Q: What artists would you most want to work with?

A: I have a song right now I’d love for Adele to record. Also, Dierks Bentley or Tim McGraw in the country genre.

I’ve written songs for artists – Kimberly Davis and Shara Strand – not unlike the way I have written speeches for execs: getting to know them and their message and then helping to express it. Also, I’d love to work with Ariana Grande, John Legend, Demi Lovato, Luke Bryan, Blake Shelton and a whole bunch more. Let’s face it: lyrics are my passion!

Q: What did you learn from your AVON experience-Fortune 500 company take-away?

A: I use all that experience today in helping execs by writing their speeches – then coaching their on-stage delivery (Avon forced me to conquer my “stage fright” so I could speak comfortably and effectively even to 5,000 people) … and, I’m a motivational speaker for their meetings and events.

Avon, of course – since we created “theme songs” for every major meeting – also led me to realize the joy I get from writing lyrics.

Q: What are you hearing on the radio that you like these days?

Sam Hunt’s “Hard to Forget”, Luke Bryant’s “Drunk on You”, H.E.R.’s “I Can’t Breathe” and Lady Gaga’s “Stupid Love” all come to mind. But I also admire Drake’s “The Motto” with Lil Wayne and Rihanna’s “What’s My Name” which features him, too. Also, Beyonce’s “Black Parade”.

Mike Greenly … a secret weapon if there ever was one!

SHORT TAKES — Mark Bego gets the Australian-podcast treatment from Plastic EP this Friday; on his book career and the November re-release of his #1 book Eat Like A Rock Star, which he penned with Supreme-Mary Wilson. We’ll post the interview here shortly … We did indeed watch last week’s 2-hour Snowpiercer on TNT and really enjoyed it. The show’s been uniquely compelling, but I just wished that TNT would have allotted a few more dollars for it. Sloppy editing, IMO, really got in the way. Jennifer Connelly really shined during these last two episodes and Daveed Diggs, just splendid. I won’t reveal the ending, but it was pretty awesome. I will say that the mysterious Mr. Wilford did not appear … but, will next season – to be played by the always enjoyable Sean Bean. As exciting an ending as I’ve seen in quite some time …

I was going through some old industry papers when I came across an article on a Netflix show called The Eddy – about a jazz club in Paris that was executive produced by Damien Chazelle of Lala Land fame; and, the renowned-record producer Glen Ballard. I watched the first of eight episodes and just totally embraced it. Just amazing. My first thought was one of how could I have missed this? Apparently, Netflix, to their credit, did quite a bit of promo for it when it came on in May … but, still, I missed it.

We’ll have a much more in-depth review next column, but I am enjoying it immensely. Actually, right up there with my #1 shelter-in-place-show, The Morning Show on Apple+ … Happy Bday Angelo Babbaro and Ron Shuter.