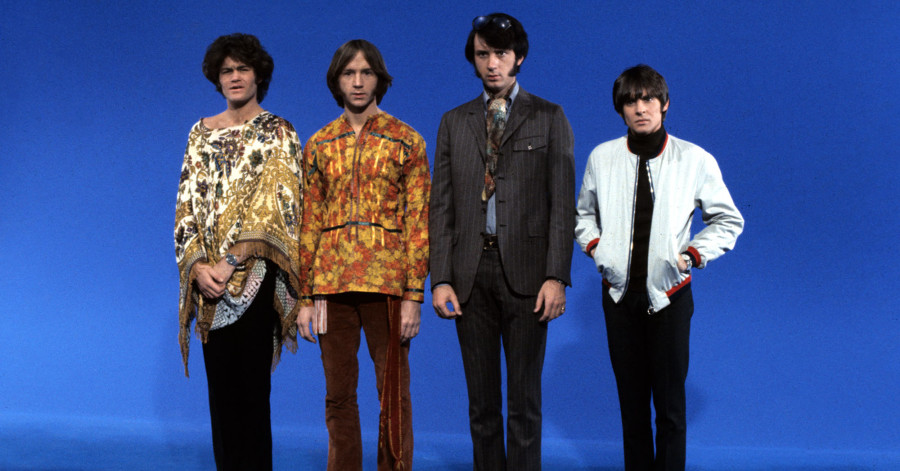 ROLLING STONE-75 BEST SONGS FROM BOY BANDS — (from Rolling Stone) Irresistibly catchy, unapologetically inauthentic, sexy and they know it — the boy band is the most fabulously pre-fab of all musical outfits. From the scripted TV shenanigans of the Monkees to the charming folkiness of One Direction, as long as there are junior high school notebooks to deface, there will be outfits providing pop spectacle in its purist, least filtered form.

In honor of their continuing impact and dominance, here are the boy band heartthrobs’ pop confections worth screaming for.

Lists like this are funny, The Jackson 5’s “I want You Back” is #1, but it’s also a heartfelt remembrance of bands that have been forgotten about in the musical ether, like Musical Youth; Bros; BB Mack; Mindless Behavior; East 17 or Brockhampton. Good memories for sure.

I don’t know how these lists are arrived at; maybe it’s a good game for the pandemic.

Best known as vocalist and drummer of The Monkees, the superstar who has been entertaining crowds for more than a half century will take part in a FREE live moderated video Q&A, followed by one-on-one video chats, recorded videos and autographs. Sessions are accessible to virtual attendees on their computer and mobile devices via Twitch, Facebook and YouTube.

In the fall of 1965, Micky was one of 400 applicants who responded to a trade ad that announced auditions for a new TV show about a rock band. He auditioned for The Monkees’ TV show by playing and singing Chuck Berry’s legendary rocker “Johnny B. Goode,” and wound up chosen for the show along with three other actors: Davy Jones, Michael Nesmith, and Peter Tork.

The Monkees’ debut single, “Last Train to Clarksville,” featuring Micky on lead vocals, hit the charts on September 10, 1966 and rocketed swiftly to number one. Ultimately, The Monkees achieved their greatest success not as a TV show but as viable recording artists; selling in excess of 65 million units, and achieving worldwide success.

THE LYNDE MAN — (Via Deadline) Actor-comedian Billy Eichner and producer Tom McNulty are developing Man in the Box, a biopic based on the life of groundbreaking TV icon Paul Lynde. Eichner plans to star.

They’ve optioned a script by Edwin Cannistraci, and Eichner and McNulty are currently meeting with creatives to round out the rest of the production team.

After his breakout turn in Bye Bye Birdie, Lynde became a big TV star with his guest turns as Uncle Arthur on Bewitched, and in his role on the long-running game show Hollywood Squares. While Lynde was never publicly “out,” he never lied about his sexuality either, as most famous gay actors of that era did. His unique comic persona often and overtly nodded to his “barely-closeted” lifestyle in a way that still feels groundbreaking for his time. But he was not on the same lists for roles as straight actors.

One of the reasons Eichner wants to see the film made is because of the chance to illustrate how little things have changed.

Eichner’s versatility can be seen in everything from hosting Billy on the Street to voicing Timon in The Lion King to playing Matt Drudge in the upcoming American Crime Story, and he has written with Judd Apatow a star vehicle for himself with Nick Stoller directing at Universal.

He had so many powerful thoughts on why the story of Lynde and his frustrations reflect what gay actors still feel in Hollywood that I thought it best to just run the whole interview.

MORE ABBA — ABBA will have five new songs on the market in 2021, and has pushed back their plans to do a holographic tour to support the music because of the pandemic.

The Swedish group – Benny Andersson, Anni-Frid Lyngstad, Agnetha Fältskog and Bjorn Ulvaeus – were originally planning to release only two songs for their comeback. But the long process between the original announcement in 2018 and now has allowed them time to do more than planned. It will be the first new ABBA music in 35 years.

Titles include “I Still Have Faith In You” and “Don’t Shut Me Down.”

In a statement announcing the new songs, ABBA said, “The decision to go ahead with the exciting ABBA avatar tour project had an unexpected consequence. We all four felt that, after some 35 years, it could be fun to join forces again and go into the recording studio.”

For the tour, ABBA will appear as their younger selves. “They photographed us from all possible angles, they made us grimace in front of cameras, they painted dots on our faces, they measured our heads,” said Bjorn Ulvaeus. “Apparently a cranium doesn’t change with age the way the rest of your body falls apart.”

ABBA split in 1982. They reunited in 2016 at a private event marking the 50th anniversary of the first meeting between songwriters Bjorn and Benny.

The long gap between the breakup and today has not diminished the world’s passion for the group.

Last month, Deadline reported that a Mamma Mia 3 could be in the cards down the road.

Craymer said that she intended to develop the musical during the COVID-19 shutdown.

Robert Miller was interviewed this week on WSBS in advance of his new album – with project Grand Slam – to be released this Friday (7-31) … Carol Ruther Weber for NJNY.com interviewed Romeo Delight. Check it out: https://nynj.com/romeo-delight-tribute-band-rocks-van-halen-interview/?fbclid=IwAR1Na_-A1w9z22AYjRMRpTcahiZ477XnGhzKt-hkdhavcc6kTCV6UawjJNA … Masterpiece Living, a multi-specialty group who has spent more than 20 years partnering with organizations nationwide to provide expert guidance in aging science and living with passion, purpose and growth, has teamed with chart-topping singer-songwriters Grant Maloy Smith and Mike Greenly on a challenge to stamp out ageism. “I heard a group of older adults talking a few years ago,” Smith says. “One of them said she felt invisible, as if younger people were looking right through her on the street. That really struck me.” Inspired by her words, Smith and Greenly set out to collaborate on the song, “I See You.” “I truly consider this song one of the most important creative projects I have ever been a part of,” notes Greenly. “I hope millions of people of all ages hear it and see the video, and that we help to foster more respect and appreciation of our elders.” Here is a link to the song: https://www.youtube.com/grantmaloysmith … RIP Sal Richards!

G. H. HARDINGJune 1, 2021
Read More
Scroll for more
Tap
Are you ready to Spotify your life?
What To Watch July 26th To Take Away The Blues