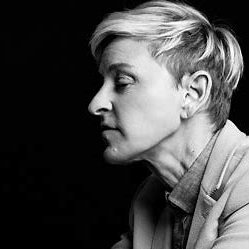 THE TROUBLE WITH ELLEN — By now you’ve surely heard that Warner Media is conducting a serious investigation into allegations made from staffers at the Ellen DeGeneres Show. I have a good friend who works for one of the largest retail stores still around, and he told years back that he and his team had a meeting with Ellen about launching a clothing line. He didn’t say much other than that she came off as one of the rudest people he had ever crossed paths with; and, believe me, this man has met with some of the biggest of the best. He also said that the pre-meeting rituals were extraordinary; that he couldn’tdo this and, he couldn’t do that. I also have known one of the show producers (now terminated) who started off as a good guy … but, the revelations that have come forth have been almost unbelievable. If you saw The Morning Showon Apple TV, Mark Duplas’ role as executive producer Chip Black was tough … now, multiply that by 10. It is really that difficult. It’s hard enough when you run a show; but, when you run a hit show, the pressure is unlike anything you’ve experienced  before. The Ellen show is no longer generating the degree of profit it used to – as Ellen gets the biggest and best money-package. The more she gets; the less the show makes, so I’m going to predict that Ellen herself will step aide. There are already rumblings that this just night happen … but, with a BIG payout to Ellen. There are already rumors this morning that James Corden is in line to replace her. You might wonder where are all of Ellen’s famous celebrity fans. Why have they not stepped up and said something? Ironically, the only people who have stepped forward are actors Brad Garrett and Lea Thompson (Back To The Future) and said it’s all true! Lea Thompson is an odd voice for sure, right? I was never a big fan of Ellen, or the show, and I must admit, I never would have believed her talk-show would have gotten so big. Still, these days, a rampant dictatorship just doesn’t fly.

BRUCIE & STERN — Our radio inside-man (Tommy on the Radio) insists that Bruce Morrow, Cousin Brucie, who Saturday night officially stepped away from SiriusXM will quickly return to the airwaves. I sure hope so, as Bruce is a national treasure. Even at 84, the man’s a dynamo. Musicbiz Worldwide ran an article this week claiming Top 40 radio is officially over – although we’ve been aware of that for years – I hope legacy-stations are not next. I mean, where else can one hear Tommy James; The Monkees; Fifth Dimension; and, The Carpenters?

News came this week that the satcaster is in serious talks with Howard Stern to extend his current contract.Howard’s three-day-a-week show, done from home these days, is still brilliant listening, Although his selection of guests has certainly been ungraded – less adult-film actresses and more A-level guests – still, Howard just may be tired. He’s been broadcasting for years. Stay tuned! And, just for the record, side-kick Robin Quivers rocks!

SHORT TAKES — Brilliant Forbes piece (by James M. Clash) on Micky Dolenz and just how the heck Jimi Hendrix ended up opening for The Monkees way back when. Check it out here: https://www.forbes.com/sites/jimclash/2020/07/30/how-jimi-hendrix-came-to-open-for-the-monkees/#657bd92c6a0e … Tyrone Biljan get better! Stay strong my friend! …

We just got the Liberty DeVitto book, Liberty, and really loved it. For someone who grew up in Long Island, as did both Liberty and I, I actually knew each-and-every-single place he referenced (the original Sam Ash in Hempstead for example). For someone not from the Island, it could be a bit disconcerting, but it’s all verifiable. Liberty made his bones playing with Billy Joel (for 30 years), but also played for a number of other acts, including Mitch Ryder and Richard Supa. Joel and he had a famous falling-out years ago, but they sucked it up and Joel delivers a terrific forward. Truth be told, Joel comes off as shaky as Liberty does at times. Great tales and a great book. No question … btw: No new Molly Ellis intel  (or, aide Mary Vanakin) from Macmillan. Still very sad that a brilliant company has such an obviously hole-in-the-wall-PR department …

We just finished the mini-series The Eddy on Netflix. It was from the creative hand of LaLa Land’s Damien Chazelle and started off great. The music parts were exemplary … but, then turned into a murder-mystery. The last episode, entitled The Eddy, was great and set-up a second season, though I bet Netflix will take a pass. The music was extraordinarily good … HBO’s Perry Mason has been renewed by the network. This show, which started off as different as possible in creating Perry, ironically grew on me as it progressed. In the penultimate episode, Mason becomes a lawyer and you finally hear an updated version of the classic-theme song. Immensely satisfying. Bravo! … Wonder what the New York Post’s Michael Starr (who wrote a book on Raymond Burr called Hiding In Plain Sight) thinks … Romeo Delight looks to headline a show at NYC’s Bowery Electric as soon as it opens … And, RIP Director Alan Parker (Mississippi Burning; Angel Heart; Midnight Express). Brilliant director; Alive ‘n Kicking’s Pepe Cardona; and, Wilford Brimley, so excellent in Ron Howard’s Cocoon and The China Syndrome … especially when he said to the Jack Lemmon character: it’s the right thing to do!