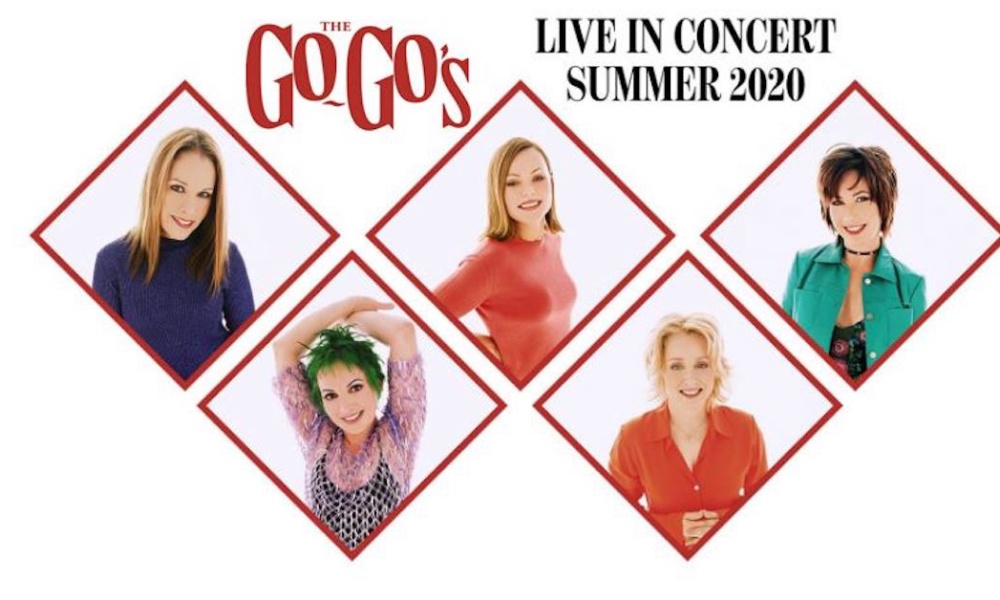 The multi-platinum Los Angeles rock band The Go-Go’s announce 11 North American summer dates in conjunction with the release of The Go-Go’s, a new Showtime documentary directed by Allison Wood which chronicles the meteoric rise to fame of a band born of the L.A. punk scene.

Kicking off on June 25th at Humphreys in San Diego, CA, and performing at intimate venues across North America gives fans a chance to see the band up close and personal. Tickets go on sale this Friday, January 24th at 10am local time with the Los Angeles dates going on sale next Friday, January 31st at 10am PT. For the latest ticketing information visit facebook.com/OfficialGoGos/.

To purchase tickets, see links below.

As the first multi-platinum-selling, all-female band to play their own instruments, write their own songs and soar to No. 1 on the album charts, The Go-Go’s are the most successful female rock band of all time.

With full access to The Go-Go’s, both past and present, the candid archive-rich documentary The Go-Go’s assesses the group’s place in music history and examines the personalities and dynamics behind their rise, fall and numerous reincarnations. Until this definitive film, there has never been a serious appraisal of and showcase for The Go-Go’s’ talents or achievements – as musicians, groundbreakers, but even more so, as survivors.

*General onsale for Los Angeles is January 31st at 10am PT

The Go-Go’s rose to fame following the release of their 1981 debut album, Beauty and the Beat, a collection of infectious tracks with huge hooks. Locked at No. 1 on the Billboard charts for six consecutive weeks, Beauty and the Beat was one of the most successful debut albums of all time, featuring the hits “Our Lips Are Sealed” (one of Rolling Stone’s ‘Top 100 Pop Singles’) and “We Got the Beat”and resulted in a Grammy nomination for Best New Artist. The Go-Go’s became a global phenomenon and blazed brand-new trails in music – for women in particular.