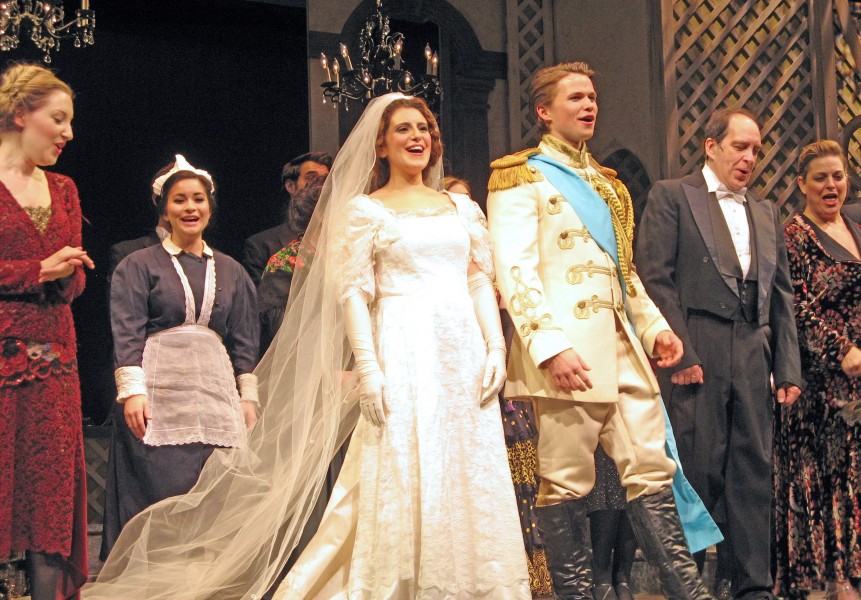 The Golden Bride Closes With A Sold Out Crowd

The Golden Bride Closes With A Sold Out Crowd 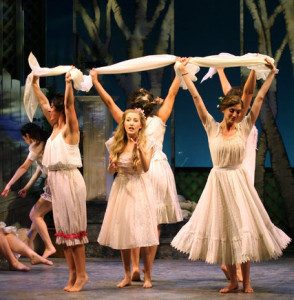 In 1923 the  Yiddish operetta The Golden Bride (Di Goldene Kale)  is an old-fashioned operetta done in Yiddish with sub-titles in English and Russian. The music by Joseph Rumshinsky is a glorious throwback to the days of  Offenbach, Johann Strauss, Lehár or Romberg. The lyrics by Louis Gilrod are clever but repetitive and the libretto by Frieda Freiman is remarkable considering the time it was written in. 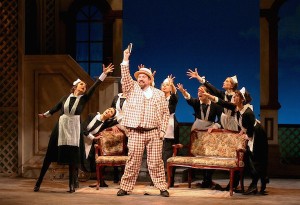 Presented by the National Yiddish Theater Folksbiene at the Museum of Jewish Heritage this is a wonderful look back, at how theatre in America began down on the lower east side. 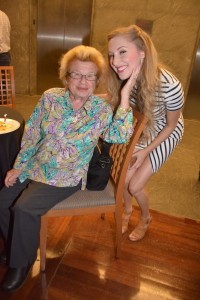 The show might now not have some of the endearing qualities that it did back then. Here Russian Jews are proud of Mother Russia and see America and Americans as people who have it all and are to be taken advantage of. 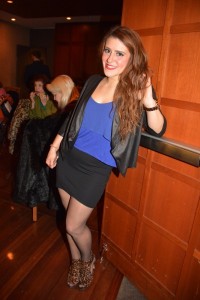 The story is simple, Goldele’s (Rachel Policar), father was a general and her mother unknown to her. She was raised by a family whose son Misha (Cameron Johnson) has fallen in love with her and her with him. When her father dies she has been made a millionaress and her relatives from America Benjamin (Bob Ader) and his son Jerome (the terrific song and dance man Glenn Seven Allen).  Goldele’s fortune has transformed her into the shtetl’s most sought-after bride. Besides Misha, Yankle (Adam Kaster), Motke (Zachary Spiegel) and Berke (Jeremy Weiss) seek her hand. Goldele who is haunted by her mother’s lullaby promises to marry whichever young man can reunite her with her mama. 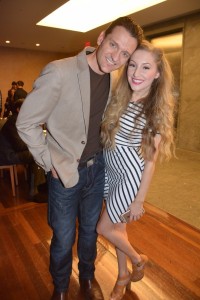 In the meantime Misha’s sister Khanele (the Georgia Engel doppelgänger Jillian Gottleib) and Jerome have fallen for one another. It is their scenes that keep this show light and amusing. 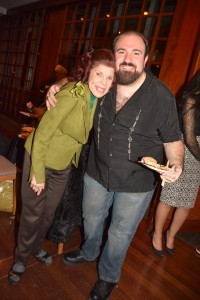 Bobbie Horowitz and Adam B. Shapiro

The entire cast is vocally perfect. Adam B. Shapiro provides a winning performance as the town matchmaker. Ms. Policar is gifted with a silver toned voice that knows how to color with intensity, but it is Mr  Johnson who has the it factor mixed with a powerful rich tenor, good looks and strong movements. 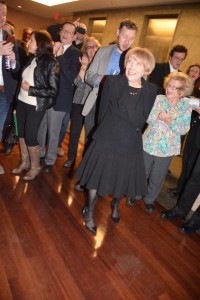 Co-directors Bryna Wasserman and Motl Didner make this an artistic step back in time a delight. Merete Muenter’s choreography is fun. Izzy Fields’s period costumes allow the era to shine through. 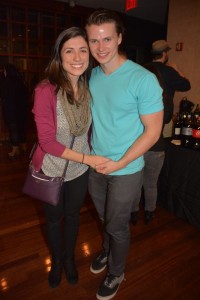 Sadly I saw this on the shows closing night so I can not send my readers to see this step down memory lane, but I do recommend checking out this theatre company that has a lot going for it. Looking at our theatrical past can shine a glimmering light on the present. 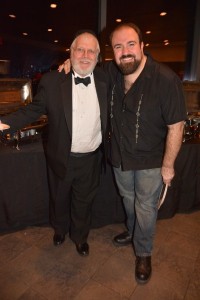 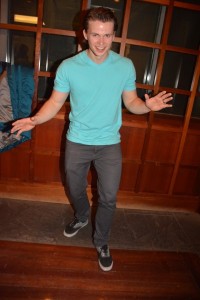 Genevieve Rafter KeddySeptember 14, 2022
Read More
Scroll for more
Tap
Up-Close and Personal With Maurice Hines
The Ladies From Hamilton Not Giving Away Their Shot