The Great Society a Time of Riots and War 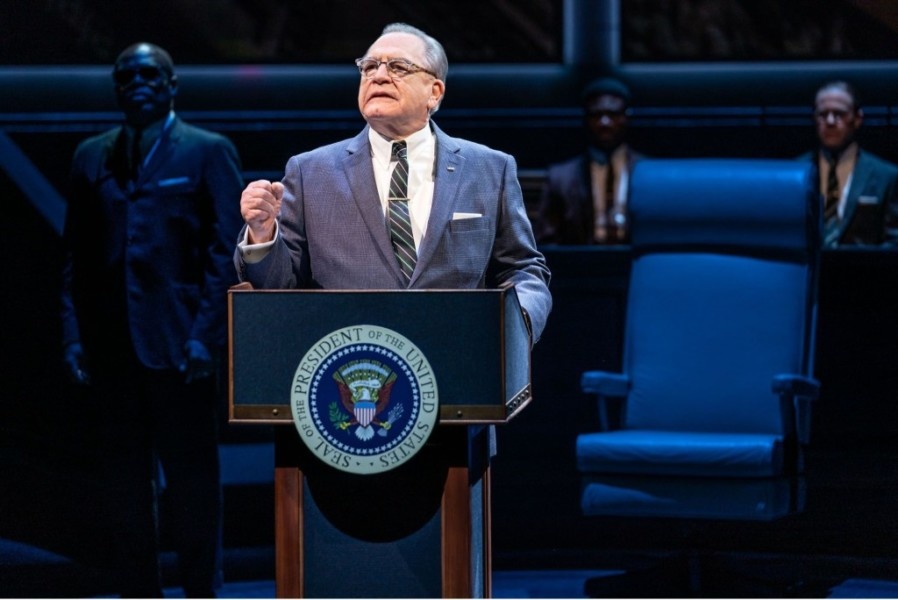 The Great Society a Time of Riots and War

Robert Schenkkan’s The Great Society the sequel to All The Way, shows how Lyndon B. Johnson’s presidency was filled with racial riots and war despite his best efforts. This time we are in Washington DC, Selma, LA and Chicago from 1965 -68. LBJ is Scottish actor Brian Cox, who delivers a gruff performance that commands your attention. It is an excellent portal.

During this time the civil rights struggle and Vietnam are dividing the nation and its resources. We watch as LBJ out smarts his rivals. Bobby Kennedy (the perfectly cast Bryce Pinkham who brings humor and tenderness to the role). Marc Kudisch plays several roles and nails them all, especially as Chicago’s Mayor Richard J. Daley, who seems to be misappropriating funds and causing the riots in Chicago.

As the president’s VP Richard Thomas, is given little to do as Hubert Humphrey, except play dutiful aide who tries to make a difference. Thomas should have been given more to do. Also wasted is the wonderful Frank Wood and David Garrison. Another thankless role is that of Lady Bird Johnson (Barbara Garrick), who just smiles in this version despite the abuse we know he inflicted upon her.

Bill Rauch’s direction adds some movement to the piece, but Schenkkan’s script is too wordy and so full of riots, it is hard to concentrate. Add to that a war that seems pointless and not well thought out and visiting this time in history seems pointless. We don’t see how this influenced and devastated a generation. The country in this piece doesn’t seem to matter only the rise of communism.

Victoria Sagady’s projection are visually heartbreaking from the 1965’s Watts riots, Vietnam, Chicago and the deaths of all those who wanted to vote. Paul James Prendergast and Marc Salzberg’s sound also adds to the overall effect.

I love history and plays that depict time periods, but The Great Society leaves you with a sense of bereavement over a nation that seems so caught up in violence.

Magda KatzAugust 6, 2022
Read More
Scroll for more
Tap
Is This A Room Straight From The Headlines
Kristin Chenoweth Talks About For The Girls and The Women Who Inspire