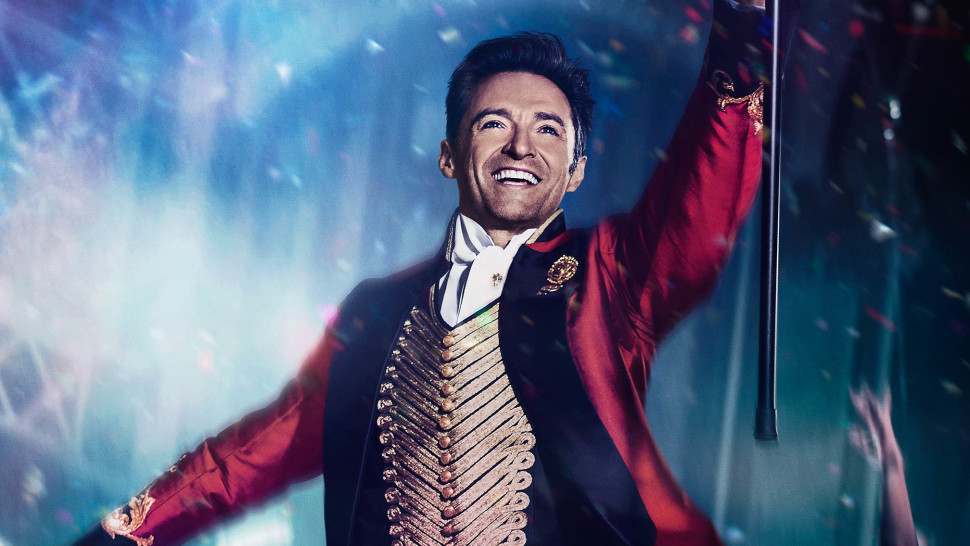 The Greatest Showman – A Movie Review

The Greatest Showman – A Movie Review 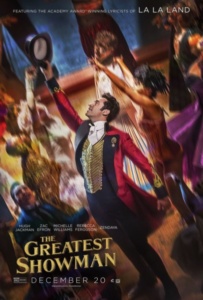 From the moment this splashy big movie musical begins, we know we are in for a highly visual extravaganza starring the showman of all showman, Mr. Hugh Jackman (“Les Miserables”) as legendary circus man, P. T. Barnum. The casting seems pretty spot on with the wonderful Michelle Williams (“Manchester By The Sea”) as paramour and wife, Charity Barnum, the impressive Will Swenson (Broadway’s 2014 revival, Les Miserables) in the small role of Philo Barnum, the father to a young P.T. (Ellis Ruben), and also, the perfect man to be Jackman’s apprentice and the next generational successor for showman of the year, Zac Efron (“Hairspray”) as socialite and soon-to-be second in command, Phillip Carlyle. As directed by Michael Gracey (movie directorial debut), with cinematography by Seamus McGarvey (Atonement), The Greatest Showman starts out quietly in a fascinating (although not quite sensical) musical number that begins with a wonderful silhouette of Barnum and ends with a full-on big number straight out of dance pop Madonna music videos or large scale arena pop concerts. It doesn’t appear within the narrative that Barnum had always dreamed of creating a circus, as this first song and dance suggests, but this moment does sum up everything that this movie is. In essence, this number rolls-up everything into one psycho-energized showmanship of a song: big, loud, frantic, and over the (big) top, orchestrated to thrill and designed to overwhelm our senses. And it does just that. To a fault.
With music and lyrics by the two men who brought you “La La Land” and Broadway’s Dear Evan Hanson, Benj Pasek and Justin Paul, with composer credits also shared by Joseph Trapanese and John Debney, have supplied this film with huge show stoppers, one after the other, with numerous wonderful moments throughout. As trapeze artist, Anne Wheeler portrayed beautifully by Zendaya (Disney’s ‘Shake It Up!’) she sings a compelling song with Efron, “Rewrite the Stars“ that flies almost as much as the choreography. Their slow motion meet-cute moment earlier on is beautiful in a hold-your-breath kind of way, as many of the visual tricks of the trade are and used to optimal effect.  Loren Allred (‘The Voice‘) wows us all with her spectacular vocals when she sings “Never Enough“.  Jackman’s Barnum is as awestruck as we are, and part of the joy of that song is it is filmed with subtle focus on this red-lipped beauty rather than trying to heighten the effect with over-sized visuals.
Keala Settle (Broadway’s Waitress) as the bearded lady, Lettie Lutz leads another big number, “This Is Me“, that is one of the strongest belt-it-out of the park kind of anthems. The visuals are equally impressive but by that moment in the film, the CG visuals are starting to wear us down. The onslaught of crowd pleasing moments is constant and begin to lose their impact. The problem is that they all start looking and sounding the same, with similar constructions in movement and big show-stopping sounds. It starts to feel like we are being smashed over the top of head with big frenzied energy and heightened visuals, watering down the emotional context with computer graphics and melodramatic set-ups. Too many leaps of faith and simplistic story lines attached to conflicts that are too easily solved, and exaggerated predicaments, start to weigh The Greatest Showman down extracting any opportunity for real emotional connection. It fails in comparison to the similar but slightly more emotional Moulin Rouge in terms of connection and depth. Or even pales when compared to the flimsy but sweet La La Land, a film that I thought was fine, but vastly overrated. The singers are all wonderful in Showman, and the choreography by Ashley Wallen (UK’s 2011 Ghost the Musical) snaps with precision and expertise, but that doesn’t create a musical number that resonates on a deeper emotional level. Sometimes a weaker singer, like Nicole Kidman or even Michelle Williams has the ability to tug at our heart strings stronger through subtlety and fine acting choices, rather than the belting it out moments.

This is a film for a younger crowd I’m guessing, one who wants and needs the visual pop splendor and the big pop-musical score that leads by the hand through the emotional landscape. It’s crazy gorgeous, loud and imposing destined to do well over the holidays, but I would be surprised if anyone sheds even one tear for the inflated conflict. But with the fractured screenplay by Bill Condon (“Dreamgirls“) and Jenny Bicks (‘The Big C‘), I was left feeling more tricked then treated. I believed I was hood-winked by Barnum into seeing his use of oddities as a humanitarian gesture of inclusiveness and care, and manipulated by the rags to riches story of this great man who created the greatest show on Earth. This movie has musical grandness and visual excitement that goes into every frame and moment, and it’s almost infectious enough to make us not notice the simplistic story and lack of an emotional core beyond the obvious. Barnum was the master exploiter of show business fantasy over authenticity, and he would be mighty proud of this glossy re-fabrication of his persona.  But that doesn’t say much for the movie.