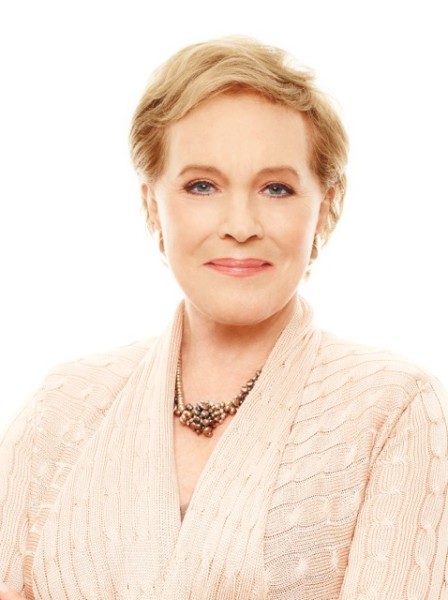 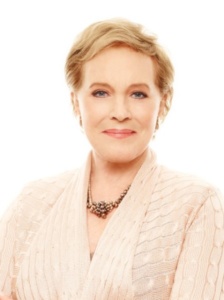 Screen and stage legend, Julie Andrews, will be the recipient of this year’s HIFF Lifetime Achievement Award. Well known for her defining roles on stage in “My Fair Lady” and “Camelot,” and her classic screen performances in “Mary Poppins” and “The Sound of Music,” the multi-talented and award winning actress is a Kennedy Center Honoree (2001), a Disney Legend inductee and the recipient of the SAG Lifetime Achievement Award. She is a bestselling author of over 30 children’s books as well as the first installment of her autobiography, “Home: A Memoir of My Early Years” (2008) and is now working on the companion sequel. Ms. Andrews just completed directing a hugely successful revival of “My Fair Lady” which is currently touring though Australia, and is the co-creator and star of “Julie’s Greenroom,” a newly released series on Netflix which teaches young children about the theater and the arts.
“Julie Andrews is a true icon and captured the hearts and imaginations of children and adults alike the moment she first appeared on screen in “Mary Poppins”,” said HIFF Co-Chairman Alec Baldwin. “Since then she has never ceased to amaze and stands as a true role model and inspiration.  We are proud to honor her at the festival and celebrate her incredible career.”
HIFF and the Academy of Motion Picture Arts and Sciences will co-present a special screening of “Victor Victoria” on Saturday, October 7th in East Hampton.  The film, which stars Ms. Andrews, won the Oscar for Original Song Score and Its Adaptation -or- Adaptation Score.  Ms. Andrews will participate in a post screening conversation with Mr. Baldwin and a special award presentation with special guests.
“We are thrilled to honor Julie Andrews, whose incredible and diverse career speaks for itself,” said HIFF Executive Director Anne Chaisson.  “We look forward to celebrating the milestone of our 25th anniversary, and welcoming back The Academy for this special celebration.”
The 25th annual Hamptons International Film Festival will take place over Columbus Day Weekend, October 5th – 9th, 2017. The Hamptons International Film Festival greatly appreciates the support from their corporate sponsors and media partners, including presenting sponsor Delta Air Lines and Altour International and official media partners WNBC New York, Variety, New York Magazine Vulture, The Purist, WNET/WLIW and the East Hampton Star.  For more information please visit www.hamptonsfilmfest.org.
The Hamptons International Film Festival (HIFF) is a year-round 501(c)3 non-profit organization with events, screenings, film workshops, comprehensive summer programs and an annual film festival each October. The Festival is the premiere film event on New York State’s east end, and is an intimate showcase of some of the year’s best offerings in contemporary cinema from around the world. With cash and in-kind prizes handed out totaling more than $200,000, HIFF continues to attract some of the best films of the year. Selections from all of our programs continue to play an important role during awards season. 2016 marked the 8th time in the last 9 years that a film at the Festival has become the eventual Best Picture winner at the Oscars®, making HIFF the only Festival on the East Coast with such a distinction.
Related ItemsCamelotJulie AndrewsMagda KatzMary PoppinsMy Fair LadyNewThe Hamptons International Film Festival
Events