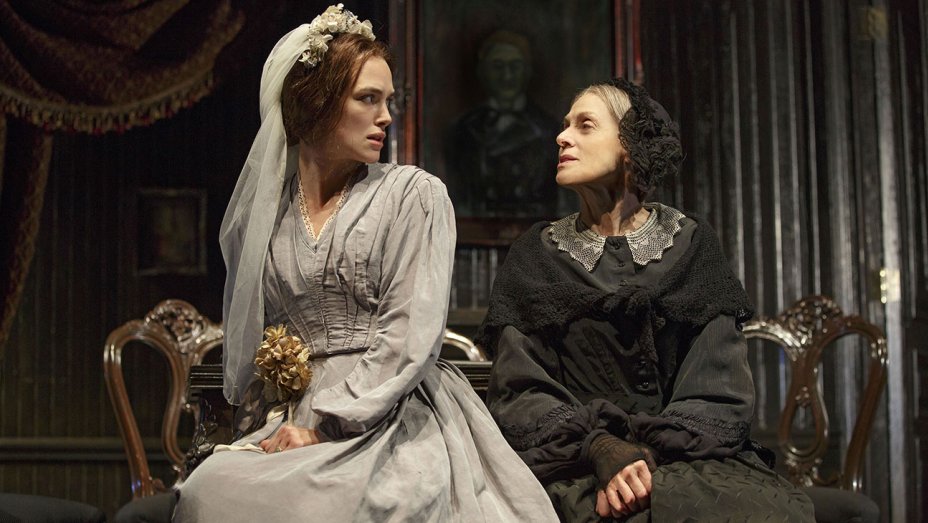 The Haunting of Keira Knightly and Thérèse Raquin

The Haunting of Keira Knightly and Thérèse Raquin 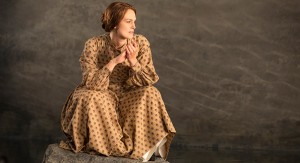 In watching the Roundabout Theater Company production of Thérèse Raquin, at Studio 54, I was transported into a film by Ingmar Bergman or Lena Wertmuller. It is bleak, haunted, slow and concentrated. It is like watching a film more than a piece of theatre. It is the perfect blending of the two forms. 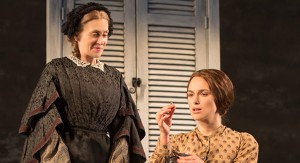 Adapted by Helen Edmundson from Émile Zola’s 1867 novel, Thérèse Raquin has been made into radio productions, TV adaptations, films, an opera and a musical. 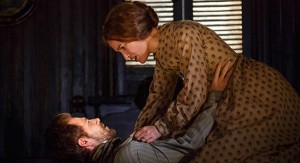 The plot concerns Thérèse (the subtly layered Keira Knightly) who has been abandoned to her aunt, Madame Raquin (Judith Light) and her ill and obnoxious son Camille (Gabriel Ebert). Madame Raquin dotes on her son and thinks Camille the perfect wife. When Thérèse is 21 she is bound into this loveless marriage. Camille decides that the family should move to Paris, so he can pursue a career. Where Thérèse longs for light and beauty, she is shut into a world of darkness. During the day she is confined to a shop she and her mother in law run. At night upstairs to a life that seems never ending. One night a childhood friend of Camille’s comes to visit. Laurent (Matt Ryan) and Thérèse, are drawn together and begin a torrid love affair. At first their meetings are fast, furious and regularly until Laurent’s boss no longer allows him to leave early. Thérèse inspires the idea of killing Camille, but it is Laurent who carries it out. The two become haunted and guilt ridden at the passage of time. Michaud (David Patrick Kelly)—one of the regular visitors of the family—comes up with the idea that Thérèse should marry again and that the ideal husband would be Laurent. They marry, but the guilt of Camille drives them into loathing and hatred. On night Madame Raquin, hears the truth and becomes completely paralyzed (except for her eyes). The two ex-lovers turn more and more on each other, until they plot to kill each other. At the climax they realize at the same time where life has brought them, they embraced one last time and help each other commit suicide as Madame Raquin, watches. 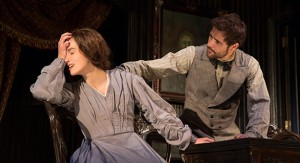 Ms. Knightly is so real and so morose, that if you have ever been stuck in something knowing there is no hope, you will relate to this mesmerizing performance. Her descent, into being haunted by her own guilt is profound and hypnotic. Mr. Ryan’s Laurent takes this character out of the cad category and instills this role a week man who is driven by his desire. When he touches Ms. Knightly you can feel the heat. Mr. Ebert as Camille is the week link. He seemed more like a caricature rather than a sickly man who is more into himself than others. The audience should be on Thérèse’s side so when she is consumed by guilt we feel for her. Ms. Light, as Thérèse’s mother-in-law is less bitter and mean spirited than normally played, which adds an interesting twist. We feel sorry for this woman who in the end is heartbroken. David Patrick Kelly, Mary Wiseman and Jeff Still round out the picture. 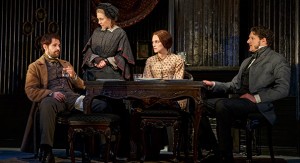 Evan Cabnet’s direction is interesting, though I do think he missed some key points. The sex scenes are not long enough that we get the desperation in the beginning. They are crude, violent and wham bam thank-you mam. It is crucial that sexual tension cut like a knife. Also in the end the moment of Mme Raquin’s final victory is more down played and leaves us a little unsatisfied. 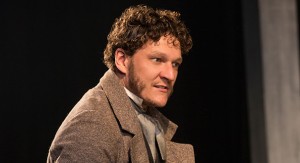 The set by Beowulf Boritt and Keith Parham is dismal and perfect, with a body of water making the calls, as if it is an unknown spirit. Jane Greenwood’s costumes are plain but perfect for this complex haunting of a soul.

This is a psychological mind twist with you rooting for these ill fated lovers of mind, body and spirit.

Suzanna BowlingSeptember 19, 2022
Read More
Scroll for more
Tap
Perfect Arrangement is The Eyes of the Beholder
Inside Samuel French The Play Is The Thing Part 1