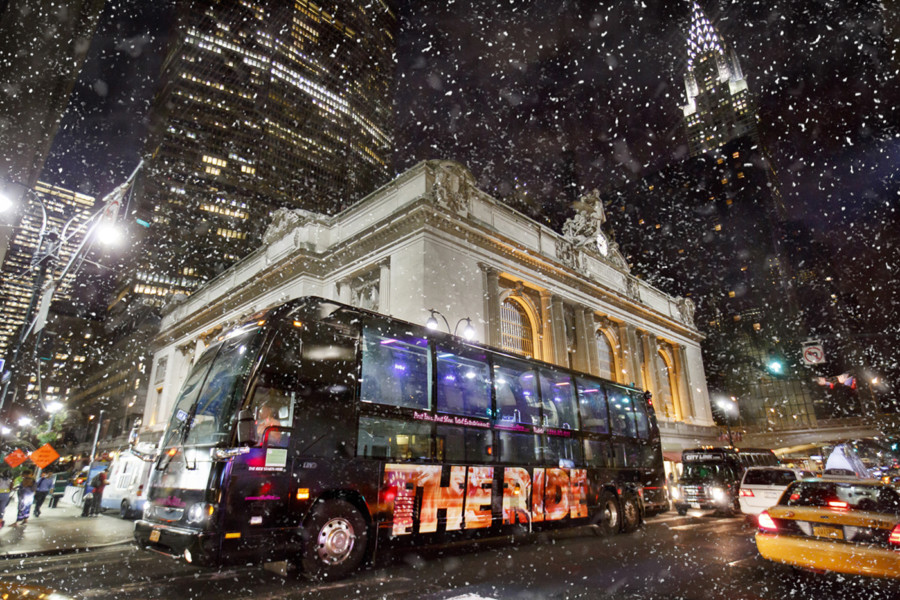 With seven TripAdvisor® Certificates of Excellence Awards and a Drama Desk Award nomination for Unique Theatrical Experience, The Ride is about to reclaim the streets of New York as its trillion-dollar-stage.

On Saturday, November 27, 2021 The Ride’s Holiday Edition will celebrate its Tenth Anniversary.

The Ride Holiday Edition will continue through Sunday, January 2, 2022.

After 20 months, the Mayor’s Office has given Mr. Humphrey the “all clear” and he is ready to repeat his heretofore sold-out success and unqualified critical acclaim.

Celebrating the celestial lights of Christmas, Hanukkah and Kwanza, tickets for The Ride  Holiday Edition have historically been pre-ordered in record numbers.

The Box Office is reporting a very brisk start, as we speak.

The next 1,000,000 Riders are already starting to order their tickets.

Three and a half weeks later, COVID-19 struck.

Well. The Holiday Ride is back. On its Tenth Anniversary.

And will continue to be a key ingredient of the Holiday Magic of New York City and the Season’s most sought after Family Event, adding its own award-winning actors, singers and dancers to the crowded mix on the streets. The huge motor coaches deliver a show worthy of the standing ovations.

The Holiday Ride will dazzle with a custom designed exterior wrap, a vibrant route highlighting the finest of New York’s breathtaking Holiday decorations, new content, new seasonal videos, a dedicated soundtrack, a commissioned score, new cast members and especially choreographed performance events wrapped in a big bow for you, your family and your friends to open together.