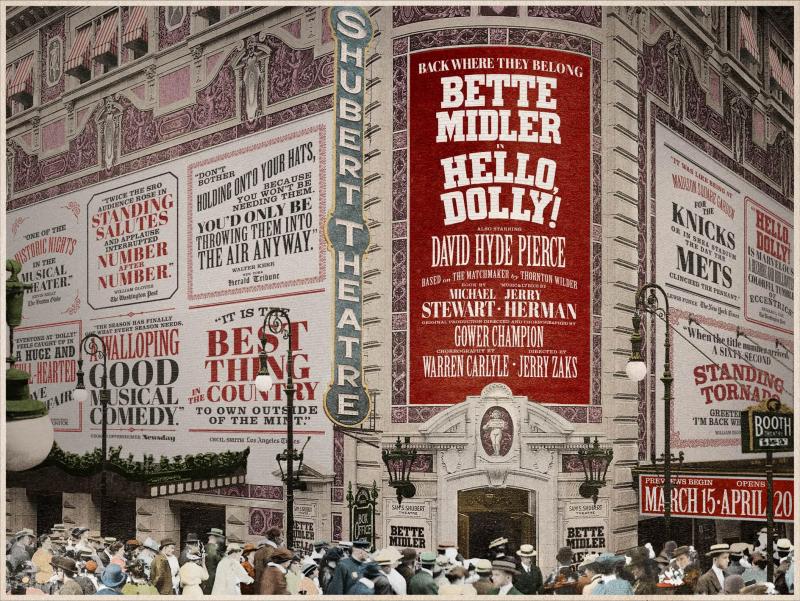 The Hottest Ticket For Broadway Next Year is Hello, Dolly! With Bette Midler and David Hyde Pierce

The Hottest Ticket For Broadway Next Year is Hello, Dolly! With Bette Midler and David Hyde Pierce 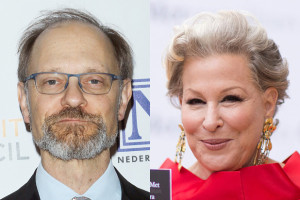 The revival of Hello, Dolly! just keeps getting better and better. Tony Award winner David Hyde Pierce has been cast as Horace Vandergelder opposite Bette Midler. Taking to the Shubert Theatre next spring. Performances will begin March 15, 2017, with an official opening night of April 20, 2017. This should be a slam dunk with four-time Tony Award winner Jerry Zaks directing. This new production of Hello, Dolly!, hasn’t appear on Broadway more than fifty years ago. Tony Award-winner Warren Carlyle will choreograph but will do a tribute to director/choreographer Gower Champion.

When the Hello, Dolly!  opened on Broadway in 1964, Carol Channing and the show won over the Tony voters. It won ten Tony Awards, more than Hamilton can win. The statue went to Best Musical, Best Book of a Musical, Best Original Score, Best Performance by a Leading Actress in a Musical, Best Direction of a Musical, Best Producer of a Musical, Best Choreography, Best Scenic Design, and Best Costume Design. It was named Best Musical by the New York Drama Critics’ Circle. The cast recording hit the top of the Billboard album chart, and was inducted into the Grammy Hall of Fame. It ran for over seven years with  Pearl Bailey, Phyllis Diller, Betty Grable, Martha Raye, Ginger Rogers, Ethel Merman (in her last appearance on Broadway), and Mary Martin, all playing Dolly Gallagher Levi. The film stared the legendary Barbra Streisand and a young Tommy Tune.

With the way the casting is lining up I look forward to the rest of the announcements.

Suzanna BowlingJuly 23, 2020
Read More
Scroll for more
Tap
Melissa Benoist and Jeremy Jordan And A Line-Up Of Stars Celebrate Supergirl Alum, She Loves Me Laura Benanti
My View: American Psycho – The Ads Should Read “Great For Mature Audiences Only”