The Illusionists Magic on Broadway for the Holidays 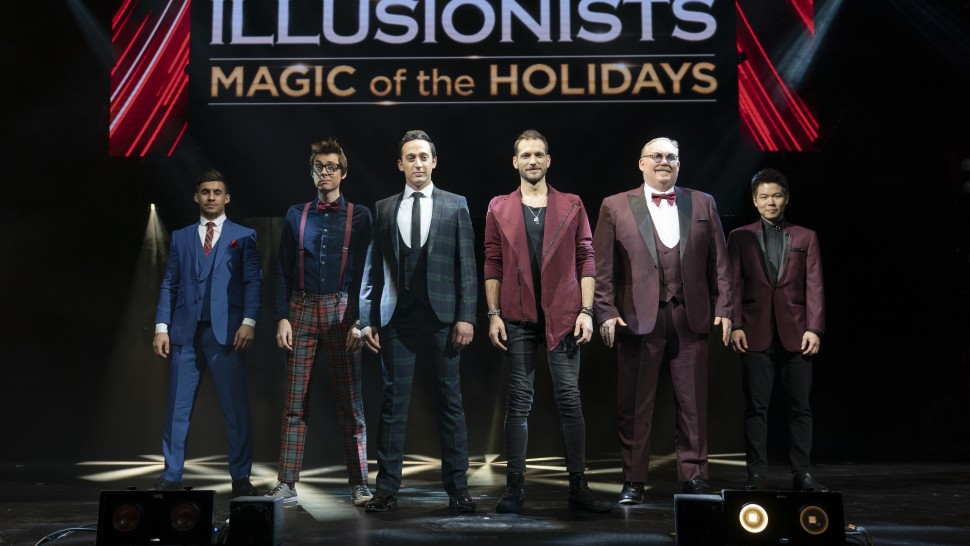 The Illusionists Magic on Broadway for the Holidays

With the overwhelming amount of holiday fare what should you choose to attend? For my pick of the holiday season, it’s the entertaining The Illusionists: Magic of the Holidays. Returning to Broadway at the Neil Simon Theatre, this show is sure to capture the delight of all age groups. Expect to feel like a child again with these five world-renowned magicians.

Forget Darren Brown, for me this show was all about the amazing Chris Cox, who reaches into the minds of the audience and reveals things that are truly mind blowing. He’s a cross between Pee Wee Herman and a computer geek with incredible mind-reading stunts that will astounded, amazed and thoroughly have you wanting more. This wacky mentalist is disarming with his charm and wit, revealing things you never thought he could know.

Another highlight is Paul Dabek, the MC for the evening. His shadow puppets, proved that sometimes the simplest of acts can bring the most joy.

Another fare on Broadway is Slava’s Snowshow, but I found Kevin James’s snow storm much more impressive. I did find his chain saw act, with the dissemblance of elves, leaving them with half bodies creepy and disturbing but, a dancing paper napkin routine with a young girl from the audience was inventive wizardry, fit for the Harry Potter fans.

Card tricks with the added accompaniment of coins, brought 2019 “America’s Got Talent” semi-finalist Eric Chin to the stage. Card’s change color and to prove that what you are seeing is real a close-up camera brings a lot of these acts up close and personal.

Dom Chamber’s is another AGT semi-finalist this year. His frat boy illusions with beer and Siri are sure to appeal to the teens in the audience.

French magician Enzo Weyne delivers the gift of transport featuring objects and himself. From left to right things instantly leap from one side of the stage to the other.

Magic has a production language of its own. Director Neil Dorward and lighting designer Jared A. Sayeg, tackle not only the show’s heavy with video elements, both also the spectacular LED screens onstage and a live video camera used to offer close-of ups. Their work is a major part of the illusions themselves. The deserve a shout out because it is spectacular and almost like a 6th magician.

There really is something for everyone, in this fare for all ages. it is the perfect holiday gift!