The Inaugural Tooth of Time Awards 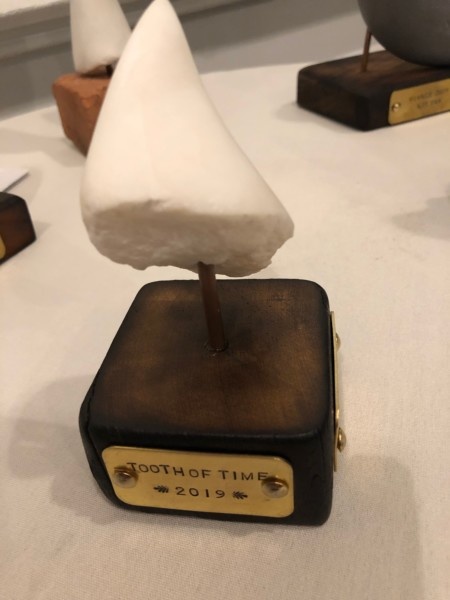 The Inaugural Tooth of Time Awards

Last night the 2019 Idea Awards for Theatre were presented in a private ceremony (by invitation only) hosted at New Dramatists.

Tooth of Time Awards honors accomplished playwrights who have created significant, idea-driven works throughout their career, the Tooth of Time Distinguished Career Award is given with a $20,000 prize for each recipient.

“Tina Howe (Painting Churches, Coastal Disturbances) and Adrienne Kennedy (Funnyhouse of a Negro, A Movie Star Has to Star in Black and White) have blazed trails through the American theatre” stated Andre Bishop, Artistic Director of Lincoln Center Theatre and Bret Adams and Paul Reisch Foundation Advisory Board member. “Their long careers and their distinguished body of work should and must be celebrated. The inaugural Tooth of Time Awards honor these two pioneering playwrights for their glorious pasts and we look forward to the work that lies ahead. We congratulate them and thank them.”

Theatrical Agent Bret Adams and his partner Dr. Paul Reisch loved the theatre with great passion. As a theatrical agent, Bret shepherded the careers of many actors, writers and directors and designers, including Phylicia Rashad, Judy Kaye, Ruby Dee, Ossie Davis, Sherman Helmsley, Anna Maria Alberghetti, Eve Arden, Christine Ebersole, Kathleen Marshall, Jayne Wyman, Andre DeShields, Kathy Bates, Susan H. Schulman, Jack Heifner, Philip McKinley and Robert Harling, among many others. After Bret and Paul’s passing, in 2006 and 2015 respectively, their eponymous foundation was created at their bequest. The Bret Adams and Paul Reisch Foundation champions visionary playwrights in their creation of expansive, illuminating, and idea-driven theatre. Embracing diversity in all its forms, The Foundation encourages artists with fresh perspectives – particularly those from underrepresented backgrounds – to create idea-driven new plays and musicals reflecting on multivalent themes including science, history, philosophy, gender, race, politics, sexual orientation, technology, religion, money, global warming, and medicine, among others. Nominations for all three awards are accepted exclusively from The Foundation’s Board of Artistic Advisors.  For more information, visit www.BretnPaulFoundation.org.

“The Bret Adams and Paul Reisch Foundation has created the ‘Idea Awards for Theatre’ to encourage expansive, idea-driven artworks with inherently theatrical ways of illuminating big ideas and concepts,” says Bruce Ostler, V.P. and Board Member of The Bret Adams and Paul Reisch Foundation. “With our financial awards, we are encouraging artists to grapple with and dramatize the big ideas that the world is engaged with. This money will give them needed time and space to explore and write.  To that end, we have created three Idea Awards for Theatre, to celebrate pioneering theatrical artists of all stripes: the Ollie Award for the most ambitious big idea play, the Vivace Award for a big-idea musical that makes you want to get up and dance, and the Tooth of Time Award to encourage accomplished artists to continue their personal evolution in examining big ideas. We are giving these Awards to dare these writers to theatricalize something wild and brave.”

“Dave Harris, Kit Yan and Melissa Li are creating bold work that dares audiences to experience theatre from a new perspective,” says Kirsten Childs, Obie-winning musical theatre writer and BAPR Foundation Advisory Board member. ” We are all proud to celebrate the achievements, past and forthcoming, of these three extraordinary artists, and are thrilled to champion them as they create their most ambitious works yet.”