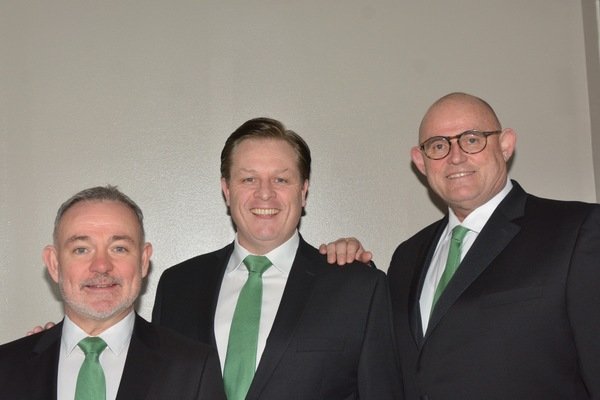 The Irish Tenors – Ronan Tynan, Anthony Kearns, and Declan Kelly – have been the acknowledged Celtic music kings since they burst upon the scene during a 1998 special. With ten best selling CD’s to their credit, they share company with the likes of The Three Tenors and Andrea Bocelli as the biggest money makers PBS has presented.

The Irish Tenors have performed all over the world, including the best venues in America, From Radio City Music Hall, Madison Square Gardens and Carnegie Hall in New York to The Hollywood Bowl in California – they have blazed the trail from coast to coast stopping in nearly every city in between; thrilling audiences at every single stop with their enchanting Irish repertoire, sweeping secular selections and dynamic holiday fare.

The spring tour celebrating St. Patrick will be kicking off on March 15, 2020 at The St. George Theatre on Staten Island, NY.  Tickets available on Ticketmaster.

Next will be March 18, 2020 in Louisville, KY at the Louisville Memorial Auditorium. Tickets available through the venue louisvillememorialauditorium.com

After that will be March 20, 2020 at the Chevalier Theater in Medford MA. Tickets available through Ticketmaster

Blast From The Past: Tony Orlando