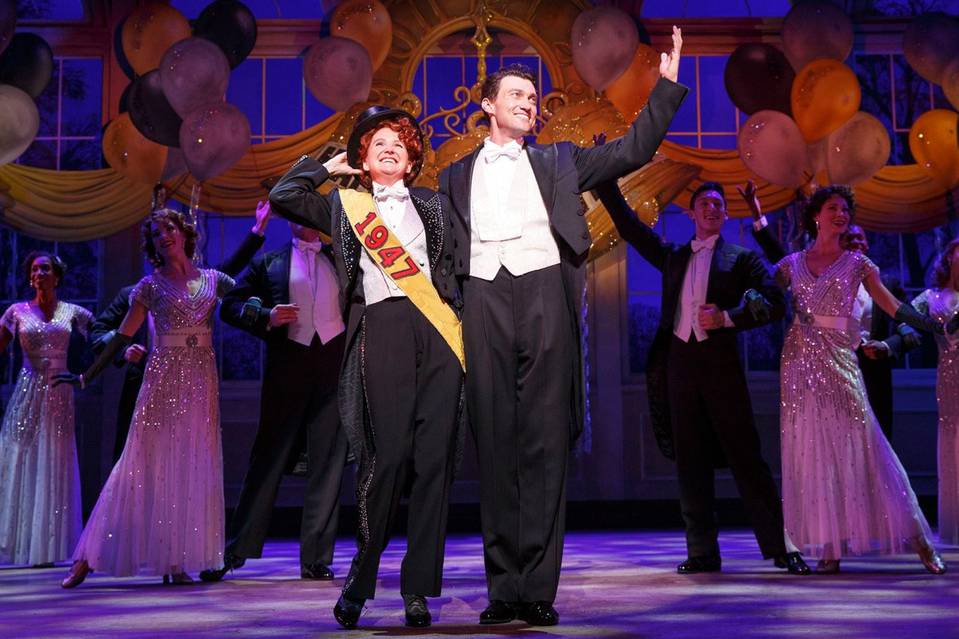 The Joyous Holiday Inn Will Bring Gold To The Box Office

The Joyous Holiday Inn Will Bring Gold To The Box Office 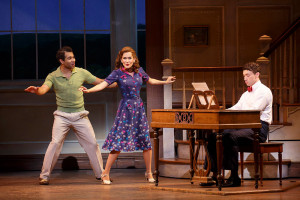 If you miss good old fashion musicals, great singing, a phenomenal score, energetic dancing and just a plain old good time, Holiday Inn, The New Irving Berlin Musical is right up your alley. This jukebox musical at the Roundabout Theater Company centers on the songs of Irving Berlin and is well done. 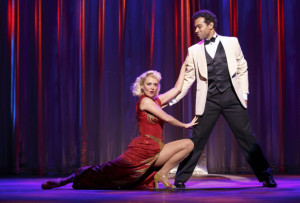 A loose adaptation of 1942 Fred Astaire, Bing, Crosby film Holiday Inn is short on plot, but as corn feed and as entertaining as those wholesome musicals, we use to call Broadway. We follow Jim (Bryce Pinkham), a nightclub song-and-dance man who gives up his dreams of stardom, for a simpler life on a farm in Connecticut. His fiancee, Lila (Megan Sikora), wants more, leaving him to go on the road with his dancing partner, Ted (Corbin Bleu). As Jim tries to make a go of it at farming, he meets and connects with Linda (Lora Lee Gayer), the former owner of the homestead. Linda also had dreams of stardom, but life interrupted. Until these two can get past their hurts and shyness to get together, the former handywoman, Louise (Megan Lawrence), plays matchmaker. When the farm is to be foreclosed on, Jim turns the farm into a B&B showplace, but only on the holidays, when Jim’s former chorus pals are off. To celebrate the holidays we get the tuneful “White Christmas,” “Let’s Start The New Year Right,” “Be Careful, It’s My Heart,””Easter Parade,” “Song of Freedom” and Let’s Say it with Firecrackers.” 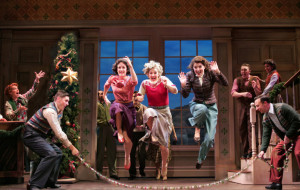 The book, by Gordon Greenberg and Chad Hodge, is simplistic and there are no theme’s that are not PG. In a day and age where agenda’s are pushed to the hilt this is a conservative family show that just simply shows its true colors and doesn’t ask for an apology. So what if Broadway shows play everyday except on the day to vote.

The Berlin songbook is wonderful sung and the show really comes alive with “Shaking the Blues Away.”The orchestrations by Larry Blank with Andy Einhorn conducting, is reminiscent of the band era where music was flushed out and lush. The production numbers are somewhat condensed, in a mash-up kind of way, but choreographer Denis Jones stops the show twice. 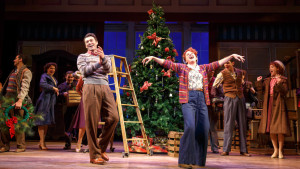 Who excels in this production is Megan Lawrence, who has the it factor and uses it. Pinkham and Gayer, have beautiful voices, but little chemistry. Sikora just shimmies where she could have pulled a Norma Cassidy (Victor/Victoria) and walked away with the show. High School Musical star Corbin Bleu has the chops and the steps, but is strangely out of place in this retro musical. I would love to see him in something more up to date. 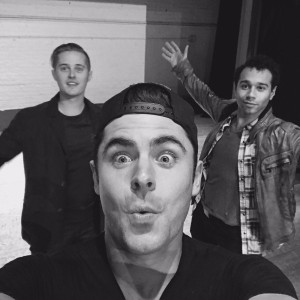 This sentimental, old-fashioned musical is perfect for Broadway and those who feel the Great White Way is being hijacked. This is the Great American songbook well sung, well danced and kept in tact.

Suzanna BowlingJanuary 26, 2023
Read More
Scroll for more
Tap
Mustering Up Empathy For Judith Light and All the Ways to Say I Love You
Dancing To Make Life Easier For Cancer Patients