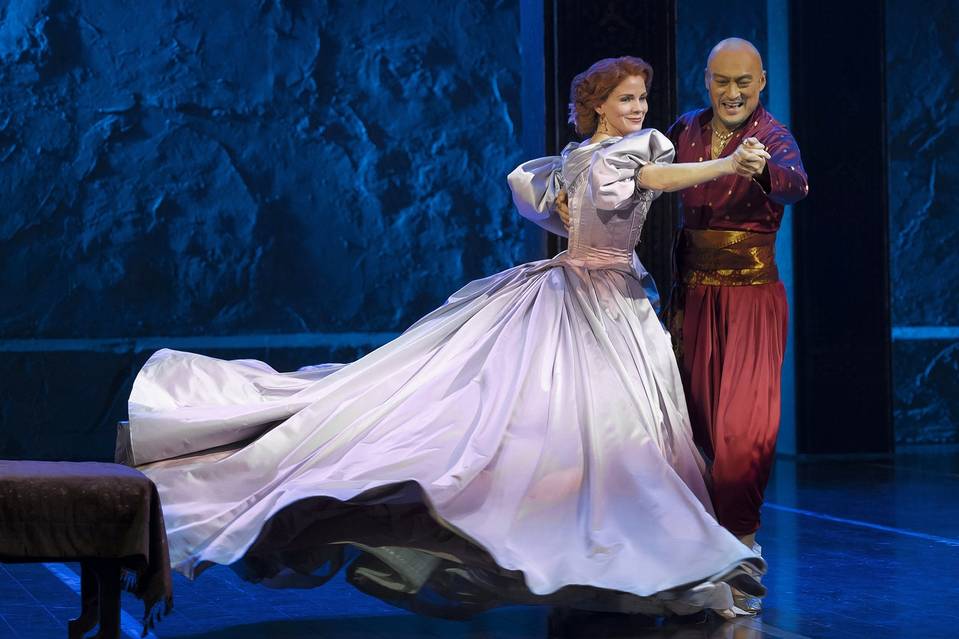 The King and I: Long Live The King

The King and I: Long Live The King 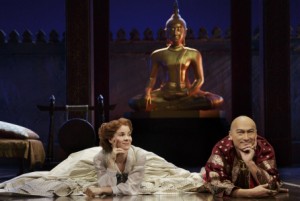 The revival of Rodgers and Hammerstein’s The King and I, at Lincoln Center is breathtaking and a gift to Broadway. The set by Michael Yeargan is so exquisitely done, with every detail done to perfection. As you are seated you see the impressive orchestra pit with 29 musicians in the middle of the audience and wonder why the stage is so far away. As the lush overture finishes, wood slides brings a ship in rolling fog. This impressive boat brings Anna (Kelli O’Hara) and her son Louis (Jake Lucas) to port, as dozens of Siamese citizens enter through the audience, onto the docks of Bangkok. Anna has been met by an embassy from the King (Ken Watanabe) who has hired Anna to teach his children and help modernize his country. Once in the palace, a gigantic golden Buddha, opulent gardens and a palace that takes wealth for granted are on full display thanks to the gorgeous lighting by Donald Holder and the exquisite costumes by Catherine Zubber.

Bartlett Sher’s direction flows from scene to scene seamlessly, leading us on this journey of the difference between man and woman and the East vs. the West. Siam is a county on the verge of change with a King longing to do more. Change is always difficult. Sher makes his cast of 50 look like a cast of hundreds. He has made the personal relationships real and the emotional impact at a higher stake than most productions.

Kelli O’Hara, is the perfect teacher who loves her students but, will not allow a man let alone a King break his promise or not live up to the standards she has set her heart on. Ms. O’Hara runs the emotional gambit, so she is fully fleshed out and vulnerable, without losing who she is. Her singing is stunning. This could be the year that her sixth nomination, which is a given, leads to Tony silver.

Japan’s Ken Watanabe (The Last Samurai), started to learn English for this production. His words are hard to understand, but his King is a man who is confident on the outside and unsure on the inside. His expressions war on his face with such an intensity that we feel for this man more than any of the other Kings before him. Sometimes language is over-rated. 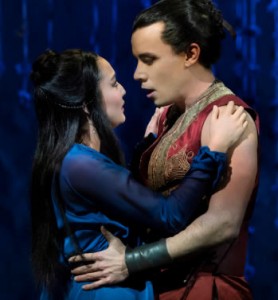 Ruthie Ann Miles (Here Lies Love) makes Lady Thiang her own and her “Something Wonderful” is heartfelt and ravishingly heartbreaking. Ashley Park, as Tiptim is a beautiful soprano whose duet with Conrad Ricamora (Here Lies Love), Lun Tha, makes you long for these Burmese lovers. You cry knowing they are doomed.

“The Small House of Uncle Thomas,” is a emotional climatic ballet that should earn Christopher Gattelli another Tony nod.

The gauntlet has been thrown and I expect the revivals to walk away with a lot of the Tony wins. It is thrilling to see a Broadway show that made a generation fall in love with theatre and remind them why they did. I expect The King and I, to run for at least a year.

The King and I: Vivian Beaumont Theater of Lincoln Center, 150 West 65th St.