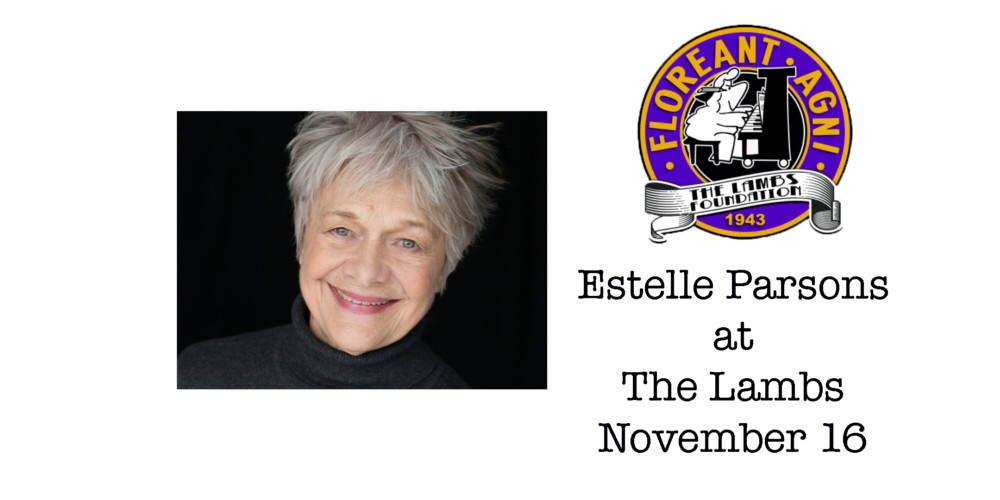 Academy Award-winning actress Estelle Parsons will be in conversation at The Lambs, 3 West 51st Street, Floor 5 on November 16 from 7:30 pm – 9:00 pm with Foster Hirsch. RSVP here to attend.Part of The Lambs’ Award Winners Night Series from the Lambs’ Foundation. The event begins 7:30 p.m. sharp on the 5th floor of 3 West 51st Street. The Pub on 2M is open before and after the event for drinks and dinner.Estelle Parsons won the Academy Award for Best Supporting Actress for her role as Blanche Barrow in Bonnie and Clyde (1967), and was also nominated for her work in Rachel, Rachel (1968).

She worked extensively in film and theatre during the 1970s and later directed several Broadway productions. Later work included perhaps her best known role, as Beverly Harris, mother of the title character, on the sitcom Roseanne, and, later, on its spinoff The Conners. She has been nominated five times for the Tony Award (four times for Lead Actress of a Play and once for Featured Actress). In 2004, Parsons was inducted into the American Theatre Hall of Fame.

Parsons moved to New York City, and worked as a writer, producer and commentator for The Today Show. She made her Broadway debut in 1956 in the ensemble of the Ethel Merman musical Happy Hunting. Her Off-Broadway debut was in 1961, and she received a Theatre World Award in 1963 for her performance in Whisper into My Good Ear/Mrs. Dally Has a Lover(1962).

In 1964, Parsons won an Obie Award for Best Actress for her performance in two Off-Broadway plays, Next Time I’ll Sing to You and In the Summer House. In 1967, she starred with Stacy Keach in the premiere of Joseph Heller’s play We Bombed in New Haven at the Yale Repertory Theater.

Parsons has received Tony Award nominations for her work in The Seven Descents of Myrtle (1968), And Miss Reardon Drinks a Little (1971), Miss Margarida’s Way (1978), Morning’s at Seven (2002), and The Velocity of Autumn (2014). She played Leokadia Begbick in the American premiere of the Weill–Brecht opera, Rise and Fall of the City of Mahagonny (1970), and performed as Mrs. Peachum to Lotte Lenya’s Jenny in Threepenny Opera on tour and in New York City. In 1978 she played Lady Macbeth in the Kauai Community Players production. She also played Ruth in Gilbert & Sullivan’s The Pirates of Penzance on Broadway in 1981. From June 17, 2008, through May 17, 2009, she played the role of Violet Weston in August: Osage County. She continued playing the role during the show’s national tour beginning July 24, 2009, in Denver.

As a director, Parsons has a number of Broadway credits, including a production of Romeo and Juliet, Macbeth and As You Like It in 1986. Off-Broadway, she directed Dario Fo’s Orgasmo Adulto Escapes from the Zoo (1983). She served as the Artistic Director of the Actors Studio for five years, ending in 2003.

In 2016, she starred in Israel Horovitz’s new play Out Of The Mouths Of Babes along with Judith Ivey directed by Barnet Kellman at The Cherry Lane Theater in New York City.

In 2004, Parsons was inducted into the American Theatre Hall of Fame.

Parsons’ most recent Broadway appearances include Good People (2011) and Nice Work If You Can Get It (2012).

Read more here.About the Moderator: Honorary Lamb Foster Hirsch, a professor of film at Brooklyn College and the author of 16 books on film and theater, including The Dark Side of the Screen: Film Noir, A Method to Their Madness: The History of the Actors Studio, and Kurt Weill on Stage: From Berlin to Broadway.

If you are staying for dinner, please RSVP with 3 West Catering. For drinks only you do not need to RSVP.Upcoming events: Thurs. Nov. 10 Low Jinx in The Pub;Mon. Nov. 14, Songwriters Salon Night with Peter Dizozza;Tues. Nov. 15, The Brothers Clifton with Bob Greenberg;Thurs. Nov. 17, Lambs Annual Meeting & ElectionInvite your friends interested in joining the Club. 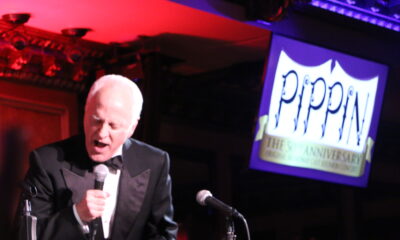