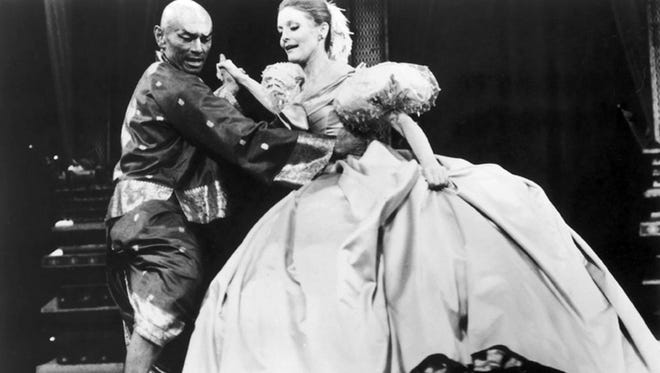 She guest starred in the James Franco, Stephen King mini series 11-22-63. Her motion picture debut was opposite John Wayne and William Holden in John Ford’s The Horse Soldiers. Her other film work includes: Sergeant Rutledge, Sylvester, Karate Kid IV, A Perfect Murder, The Relic, and most recently The Storyteller.

Her career includes forays into soap opera in such shows as Capitol and currently General Hospital as the evil, ever popular arch villainess Helena Cassadine.

She received an Emmy nomination for her dramatic portrayal on the CBS special, Once in Her Life. She is the recipient of the coveted New York Critics Outer Circle Award for “Excellence in Theater,” the American Academy of Dramatic Arts Achievement Award, and the Best Musical Actress Award of the New Jersey Drama Critics Association. Constance was the recipient of the Beverly Hills Theatre Guild Spotlight Award in 2018.

Her warmth and sincerity not only cross the footlights, but are readily apparent in her one on one associations with people in need. During her husband John Gavin’s tenure as the U.S. Ambassador to Mexico, Connie felt a strong commitment to reach out and try to make a lasting difference. The earthquake of 1985 enabled her to get involved in a meaningful way that had no diplomatic boundaries or restrictions. Project Connie founded in the devastating aftermath provided hundreds of displaced children without medical attention, rehabilitation, and, for some new adoptive homes. It is Connie’s devout hope that she truly made a contribution toward helping her husband further the relationship between the United States and Mexico. Connie has recently served as President and Chairman of the Blue Ribbon, the premier women’s support group to The Los Angeles Music Center of Performing Arts. She is especially proud of their sponsorship of the Blue Ribbon Children’s Festival, which buses 18,000 LA County fifth graders annually to the Music Center over a three day period to experience a live theatre performance.

Connie firmly believes that if you have the opportunity to change the life of one child for the better, you have permanently altered the future for the better for all of us.

Lamb Foster Hirsch, film historian, author of 16 books on film, and professor of film at Brooklyn College will be our interviewer.

Lamb Magda Katz, is the Collie (Lambs lingo for ‘producer).