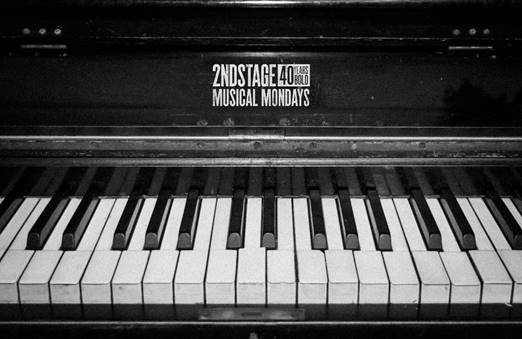 The Last Five Years, Saturday Night, Dogfight and Next To Normal at Musical Mondays

The Last Five Years, Saturday Night, Dogfight and Next To Normal at Musical Mondays

A series of one-night only concerts of musicals produced by Second Stage Theater, Musical Mondays will take place every Monday night through the month of March, kicking off on March 4th with Jason Robert Brown’s The Last Five Years.  The series will continue on March 11th with Saturday Night by Julius J. Epstein, Philip G. Epstein, and Stephen Sondheim; on March 18th with Peter Duchan, Benj Pasek, and Justin Paul’s Dogfight; and on March 25th with Tom Kitt and Brian Yorkey’s Next To Normal.

The Last Five Years will be directed by Jason Robert Brown. Casting and other creative team members will be announced at a later date.

“It feels fitting that as we present the world premiere of our new musical Superhero we’re taking this moment to celebrate some of the defining musicals in Second Stage’s history,” said President and Artistic Director Carole Rothman. “The Last Five Years, Saturday Night, Dogfight and Next To Normal were each significant, extremely popular productions for us. I’m excited to give them a fresh take in a concert format for both enthusiasts and new audiences alike.”

Second Stage Champion-level donors and subscribers will have access to a pre-sale beginning Thursday, January 31st at 1:00pm.

Tickets will go on sale to the general public on Tuesday, February 5 at 1:00pm.

Single tickets are $89 and premium tickets are $125. Tickets can be purchased by calling the Second Stage Box Office at 212-246-4422 or visiting the company’s website, www.2ST.com. There will be a limited number of 30 Under 30 tickets available for each performance.

The world premiere musical  Superhero begins previews on Thursday, January 31 and will officially open on February 28, 2019.  Directed by Jason Moore,  Superhero features a book by John Logan and music and lyrics by Tom Kitt.  Superhero is sponsored by American Express. Additional support is provided by The National Endowment for the Arts.