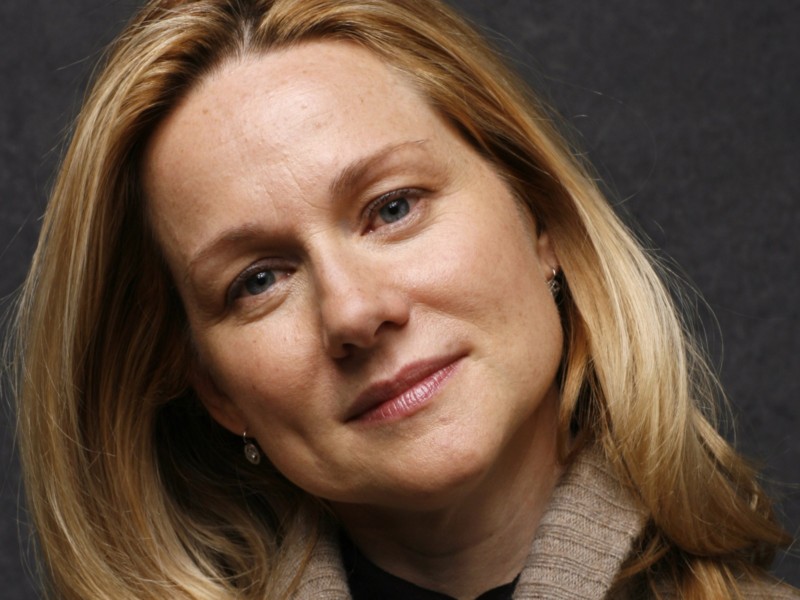 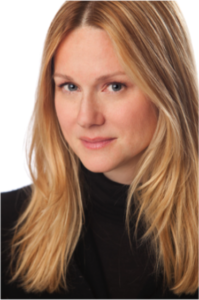 March 6, 2017: The League of Professional Theatre Women, is pleased that three-time Academy Award and three-time Tony Award nominee, Laura Linney will sit down with James Naughton to discuss her extensive body of work in theatre, film and TV. The event will take place on Monday, March 6 at 6:00 PM in the Bruno Walter Auditorium of the New York Public Library for the Performing Arts on 65th Street & Amsterdam Avenue. Admission is free, but seats will be on a first-come-first-seated basis. Betty Corwin, who produces the Oral History series with Pat Addiss and Sophia Romma says, “We are so fortunate that the talented, award-winning and busy actress, Laura Linney, has agreed to be interviewed for our next Oral History program on March 6th just before beginning to perform in the Manhattan Theatre Club’s revival of Lillian Hellman’s The Little Foxes. She will come to Lincoln Center to share stories about her life and career with our eager audience.” 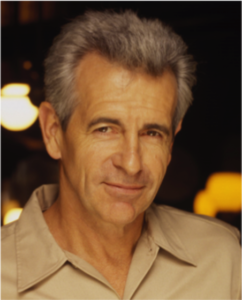 The League has major support from the Edith Meiser Foundation covering interviews with such notables as Billie Allen, Mercedes Ruehl, Tyne Daly, Patti LuPone, Christine Ebersole, Kia Corthron, Donna Murphy, Frances McDormand, Judith Light and many others. The ongoing Oral History Project chronicles and documents the contributions of significant theatre women in many fields. The interviews are videotaped and preserved for posterity in the Theatre on Film and Tape Archive at the New York Public Library for the Performing Arts at Lincoln Center.
Journalist Reservations

Laura Linney is an American actress who works in film, television and theatre. Upcoming projects for Linney include The Dinner, directed by Oren Moverman with Richard Gere, Steve Coogan and Rebecca Hall. The Dinner will debut in February 2017 at the Berlin International Film Festival, and premiere in the U.S. on May 5, 2017. She will also be seen in Ozark, a Netflix original series where she plays Wendy Byrde opposite Jason Bateman and Julia Garner, slated to debut in 2017. Linney will return Broadway in the Manhattan Theatre Club’s spring revival of Lillian Hellman’s The Little Foxes on April 19, 2017. Directed by Tony winner Daniel Sullivan, The Little Foxes will star Laura and Cynthia Nixon alternating in the lead roles of Regina Hubbard Giddens and Birdie Hubbard. Her recent film work includes Tom Ford’s Nocturnal Animals, where she played Anne Sutton – Amy Adams’ mother. While Linney’s performance lasts only three minutes and 15 seconds, it was deemed “a one-scene wonder” by Entertainment Weekly. Other recent film credits include Sully, Genius, Teenage Mutant Ninja Turtles: Out of the Shadows, You Can Count On Me, Kinsey, The Savages, The Fifth Estate, Hyde Park On Hudson, The Squid And The Whale, Mystic River, Absolute Power, The Truman Show, Primal Fear, The Mothman Prophecies, Love Actually, P.S., The House Of Mirth, The Details and Congo, among many others. Linney starred in and produced the Showtime Series The Big C for four seasons for which she won various awards. She also won multiple awards for her portrayal of Abigail Adams in the HBO miniseries John Adams directed by Tom Hooper. Early in her career, she starred as Mary Ann Singleton in Armistead Maupin’s Tales Of The City series, a job for which she continues to be most grateful and proud. She appeared as Kelsey Grammer’s final girlfriend in the last six episodes of Frasier, was directed by Stanley Donen in Love Letters, and starred opposite Joanne Woodward in Blindspot. She has also appeared in many Broadway productions, most notably Time Stands Still and Sight Unseen, both directed by Daniel Sullivan and written by Donald Margulies. Additional credits include Arthur Miller’s The Crucible, directed by Richard Eyre opposite Liam Neeson, Six Degrees of Separation, Honour, Uncle Vanya, Les Liaisons Dangereuses, Holiday and The Seagull. Linney has been nominated three times for an Academy Award, three times for a Tony Award, once for a BAFTA Award, and five times for a Golden Globe. She has won a SAG Award, one National Board of Review Award, two Golden Globes and four Emmy Awards. She holds two honorary Doctorates from her alma maters, Brown University and The Juilliard School.

From Broadway and regional theater to television and films, James Naughton has won critical acclaim in dramas, comedies and musicals. He is the winner of two Tony Awards as Best Actor in a Musical for his portrayal of media-savvy lawyer Billy Flynn in the Broadway hit Chicago (1997) and for his role as a film-noir era detective in City of Angels (1990), which also earned him a Drama Desk Award. He won the 1999 MAC Award as best male vocalist for his one-man concert show, Street of Dreams, presented by Mike Nichols, and recorded his CD, It’s About Time, for DRG records. In 2014, he recorded his Live from Lincoln Center Special for PBS, James Naughton Sings Randy Newman. A graduate of Brown University and the Yale School of Drama, Naughton made his New York debut in Eugene O’Neill’s masterpiece, Long Day’s Journey Into Night, with Robert Ryan and Geraldine Fitzgerald, winning immediate recognition with Theatre World, New York Drama Critics and Vernon Rice Awards. On Broadway, he also starred as Willy Brandt in Democracy, and in Whose Life Is It Anyway, and I Love My Wife. He directed two critically acclaimed Broadway productions: Arthur Miller’s The Price, which was nominated for a Tony, and Thornton Wilder’s Our Town, starring Paul Newman, which he also shot for Showtime. He has directed and acted extensively in Williamstown and in Westport, and played off-Broadway and in regional theatres for decades. Naughton’s film credits include Equity, Factory Girl, playing Sienna Miller’s father, Childless, opposite Barbara Hershey, The Devil Wears Prada, First Wives Club, The Glass Menagerie, with Joanne Woodward, The Good Mother, The Paper Chase, and Cat’s Eye. On TV, he starred in Planet of the Apes,’Who’s The Boss?, Brooklyn Bridge, Making the Grade, Ally McBeal, The Cosby Mysteries, Damages, Gossip Girl, Hostages, and most recently, The Black List and The Affair.”

The League of Professional Theatre Women is a not-for-profit 501 (c)(3) organization. It presents numerous events each year as part of its mission to promote visibility and increase opportunities for women in the field. None of its work is possible without generous philanthropic support. The League, celebrating its thirty-third anniversary, boasts a membership of more than 500 women representing a diverse group of theatre professionals in both the for-profit and not-for-profit sectors. League members are actors, administrators, agents, arrangers, casting directors, choreographers, company managers, composers, critics, designers, directors, dramaturgs, dramatists, educators, general managers, historians, journalists, librettists, lyricists, press agents, playwrights, producers, stage managers, and theatre technicians. To find out more about how you can support its endeavors, please visit the website www.theatrewomen.org and click on the “Support Us” tab.