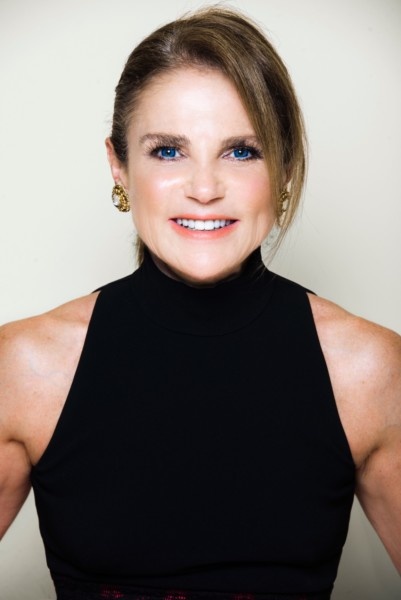 The League of Professional Theatre Women (Kelli Lynn Harrison & Catherine Porter, Co-Presidents), an organization which has been leading the gender parity conversation and championing women in the professional theatre for over 35 years, will present an Oral History Project event with six-time Emmy and Tony nominee Tovah Feldshuh on Monday, May 6 starting at 6pm in the Bruno Walter Auditorium at the New York Public Library for the Performing Arts (111 Amsterdam Avenue at 65th Street). Admission to the event is FREE and seats are available on a first-come-first-seated basis. Doors will open at 5:30pm.

Oral History Project is an ongoing program of the League of Professional Theatre Women in partnership with the New York Public Library for the Performing Arts, which chronicles and documents the contributions of significant theatre women in all fields. Founded and produced for 26 years by Betty Corwin (who recently retired at 97), Oral History Project is currently produced for the League by Ludovica Villar-Hauser in association with Sophia Romma. For the third and final installment of Oral History Project’s 2018-2019 season, film and stage actress Tovah Feldshuh will talk about her life and prolific career with award-winning drama critic Linda Winer.

The League of Professional Theatre Women’s Oral History Project has previously featured interviews with such notables as Billie Allen, Kia Corthron, Tyne Daly, Carmen DeLavallade, Christine Ebersole, Baayork Lee, Laura Linney, Patti LuPone, Frances McDormand, Bebe Neuwirth, Chita Rivera, Daryl Roth, Mercedes Ruehl, Paula Vogel, Lynn Nottage, and many other theatrical legends. Annually, the legacies of three theatre women are preserved through the Oral History Project, in which a theatre woman luminary is interviewed by the interviewer of their choice and they discuss their life and career before a live audience. The tapes are then housed in The New York Public Library’s Theatre on Film and Tape Archive.

Tovah Feldshuh is a six-time Emmy & Tony nominee and has been awarded three honorary Doctorates of Human Letters. Additionally, for her theatre work, she has won four Drama Desk Awards, four Outer Critics Circle Awards, three Drama Leagues, the Helen Hayes and Lucille Lortel Awards for Best Actress, the Obie, and the Theatre World Awards. On Broadway: Yentil, Sarava!!, Lend Me a Tenor, Golda’s Balcony, Irene’s Vow, Cyrano, Dreyfus in Rehearsal, Rodgers & Hart, and the show stopping trapeze-swinging Berthe in Pippin. Off Broadway: Dozens of productions playing everything from three queens of Henry VIII and Tallulah Bankhead to Yussel “The Muscle” Jacobs and nine Jews from birth to death in Hello Muddah, Hello Fadduh! On TV: POTUS Pauline Mackenzie on CBS’ “Salvation”, Deanna Monroe on “The Walking Dead”, Danielle Melnick on “Law & Order”, and Naomi Bunch, mother of CW’s “Crazy Ex Girlfriend” where Feldshuh can be seen singing the dignified showstopper: “Where’s the Bathroom!” Films include: Kissing Jessica Stein, (Golden Satellite Award), A Walk on the Moon, Brewster’s Millions, Just My Luck, Daniel, The Idolmaker, and most recently, Ms. Feldshuh’s award-winning performance as Prime Minister Golda Meir in Golda’s Balcony has been made into a film entitled Golda’s Balcony The Film which won Best Picture at the Palm Beach Jewish Film Festival and will be screened at 20 other festivals this year. Her one-woman show Tovah is Leona! has just closed after two sold-out engagements in New York and is on its way to San Francisco and Feinstein’s at the Nikko. Feldshuh brings back the infamous Leona Helmsley direct from Purgatory to set the record straight and sing a few show tunes. www.tovahfeldshuh.com

Linda Winer. was chief theater critic of Newsday from 1978-2017. She has taught critical writing at Columbia University’s School of the Arts since 1992 and hosted the “Women in Theatre” series on CUNY-TV from 2002 through 2007. She was chief theater and dance critic of the Chicago Tribune from 1969-1980, a critic for the New York Daily News from 1980-1982 and USA Today from 1982-1987. Her criticism has won two first prizes from the American Society of Features Editors, two New York Newswomen’s Club Front Page Awards, the New York Newspaper Guild’s Page One Award. She teaches frequently at the Eugene O’Neill Center, has judged the Pulitzer Prize for drama nine times, five times as panel chair. She received the Distinguished Alumna Award from Northeastern Illinois University in 2013 and is the recipient of the League of Professional Theatre Women’s 2018 Special Award — bestowed to a remarkable theatre woman for her service to the League and to her field.

The League of Professional Theatre Women (a not-for-profit 501(c)(3) organization) has been championing women and leading the gender parity conversation in the professional theatre for over 35 years. Since its founding, the LPTW’s membership has grown to 500+ theatre artists and practitioners of all backgrounds, across multiple disciplines, working in the commercial and non-profit sectors. To increase visibility of and opportunities for women in the field, the LPTW spearheads events, public programming, advocacy initiatives, media, and publications that celebrate industry luminaries, preserve the legacy of historic visionaries, raise awareness of the importance of nurturing women’s voices, and shine a spotlight on the imperative of striving for gender parity and fostering a diversity of expression, both in the theatre world and the world at large. To find out more about how you can support its endeavors, please visit www.theatrewomen.org.