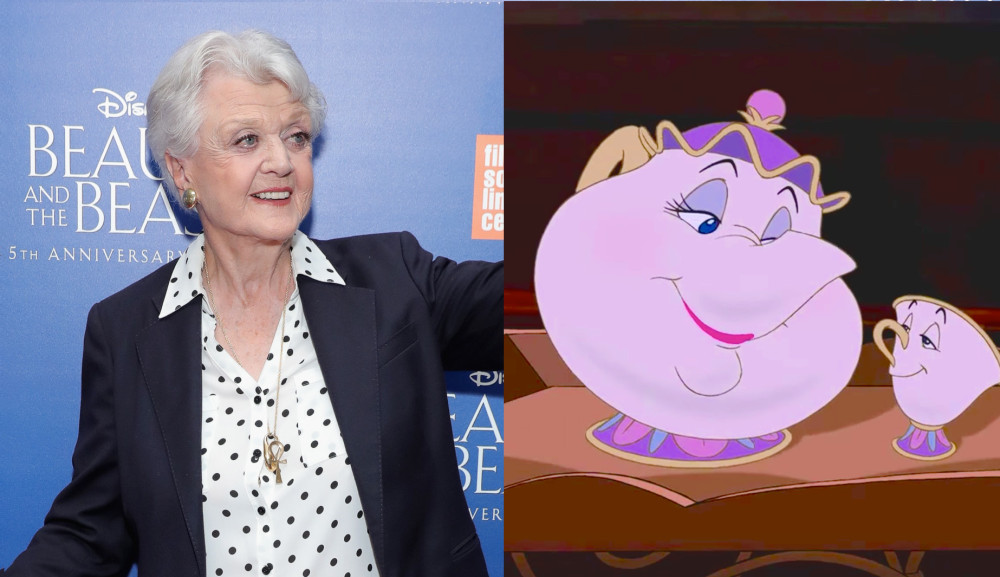 The League of Professional Theatre Women (Shellen Lubin and Catherine Porter, Co-Presidents), an organization which has been championing women in the professional theatre for over three decades, will present an Oral History Project event with the legendary, five-time Tony Award-winning actress, Angela Lansbury on Thursday, November 14 starting at 6pm in the Bruno Walter Auditorium at the New York Public Library for the Performing Arts (111 Amsterdam Avenue at 65th Street). Admission to the event is FREE and seats are available on a first-come-first-seated basis. Doors will open at 5:30pm.

Oral History Project is an ongoing program of the League of Professional Theatre Women in partnership with the New York Public Library for the Performing Arts, which chronicles and documents the contributions of significant theatre women in all fields. Founded and produced for 26 years by the late Betty Corwin, Oral History Project is currently produced for the League by Ludovica Villar-Hauser. For the first installment of Oral History Project’s 2019-2020 season, stage, screen, and television actress Angela Lansbury will talk about her life and prolific career with two-time Tony Award-winning director, Joe Mantello.

The League of Professional Theatre Women’s Oral History Project has previously featured interviews with such notables as Billie Allen, Kia Corthron, Tyne Daly, Carmen DeLavallade, Christine Ebersole, Baayork Lee, Laura Linney, Patti LuPone, Frances McDormand, Bebe Neuwirth, Chita Rivera, Daryl Roth, Mercedes Ruehl, Paula Vogel, Lynn Nottage, and many other theatrical legends. Annually, the legacies of three theatre women are preserved through the Oral History Project, in which a theatre woman luminary is interviewed by the interviewer of their choice and they discuss their life and career before a live audience. The tapes are then housed in The New York Public Library’s Theatre on Film and Tape Archive.

Angela Lansbury has enjoyed a stage, screen and television career spanning seventy-five years. She made her Broadway debut in 1957 with Bert Lahr in Hotel Paradiso. In 1960, she returned to Broadway in Shelagh Delaney’s A Taste of Honey co-starring Joan Plowright.  Her first musical was Anyone Can Whistle in 1964, and in 1966 she triumphed as Mame winning her first Tony. She won Tonys for Dear World (1968), Gypsy (1974) and Sweeney Todd (1979). After a 23-year hiatus, she returned to Broadway in 2007 in Terrence McNally’s Deuce, and in 2009 she won her fifth Tony as Madame Arcati in Noel Coward’s Blithe Spirit.  She also appeared as Madame Armfeldt in Stephen Sondheim’s A Little Night Music (2010) and Gore Vidal’s The Best Man (2012).  In 2013, she toured Australia in the acclaimed production of Alfred Uhry’s Driving Miss Daisy, with James Earl Jones. In March 2014 she again played Madame Arcati at London’s Gielgud Theatre winning an Olivier Award. Previous London appearances included the RSC production of Edward Albee’s All Over; Gypsy by Arthur Laurents, Jules Styne and Stephen Sondheim; and Hamlet co-starring Albert Finney at the National Theatre. She has appeared in nearly 70 films starting with Gaslight at the age seventeen. Her other films include The Portrait of Dorian Gray, National Velvet, The Harvey Girls, Frank Capra’s State of the Union, Cecil B. DeMille’s Samson and Delilah, The Court Jester, The Long Hot Summer, The Manchurian Candidate, The World of Henry Orient and Death on the Nile. She was the voice of Mrs. Potts in Disney’s,Beauty and the Beast and recently, Nanny McPhee, Mary Poppins Returns, and the animated The Grinch That Stole Christmas. From 1984-1996 she starred as Jessica Fletcher on Murder, She Wrote, the longest-running detective drama series in TV history. She is recipient of the National Medal of the Arts and the Kennedy Center Honors. She is the winner of 5 Tony Awards, an Olivier and 6 Golden Globes, she was nominated for 18 Emmys and 3 Oscars, and is recipient of an Oscar for Lifetime Achievement in Motion Pictures, and a Silver Mask for Lifetime Achievement from the British Academy of Film and Television Arts. In April 2014, she was named a Dame of the British Empire by Queen Elizabeth II. She was married to the late motion picture executive Peter Shaw for 53 years, and has three children and three grandchildren.

Joe Mantello is a two-time Tony-winning director. Credits include Hillary and Clinton, The Boys in the Band, Three Tall Women, The Humans (Tony nomination), Wicked, Glengarry Glen Ross (Tony Nomination), Assassins (Tony Award), Take Me Out (Tony Award), Love! Valour! Compassion! (Tony nomination). Acting credits include The Glass Menagerie, The Normal Heart (Tony nomination), and Angels in America (Tony nomination). He received Emmy and Critics’ Choice nominations for his performance in HBO’s production of The Normal Heart and is the recipient of Outer Critics Circle, Drama Desk, Lucille Lortel, Helen Hayes, Clarence Derwent, Obie and Joe A. Callaway awards. He was recently inducted into the Theatre Hall of Fame. Upcoming: 2020 Netflix film of The Boys in the Band.

Betty Corwin (November 11, 1920-September 10, 2019), Founder and former director of the Theatre on Film and Tape Archive (TOFT), proposed the idea of preserving visual records of live theatre performances to The New York Public Library for the Performing Arts at Lincoln Center in 1969. TOFT has become the foremost archive of videotapes of live theatre performances in the world. Ms. Corwin, who received a 2001 Tony Award for founding TOFT, spoke about the archive to groups across the country and abroad. She was a juror for the Pulitzer Prize for Drama, a member of the Tony Awards Nominating Committee, the recipient of several other awards, and was the subject of published articles on TOFT. She was co-producer of the League of Professional Theatre Women’s (LPTW) televised series of dialogues with notable women in theatre that was broadcast on CUNY TV, and produced the LPTW’s Oral History interviews at Lincoln Center with outstanding women in American theatre. All of these interviews have been preserved for posterity in the Library’s TOFT Archive. Ms. Corwin was awarded a Lifetime Achievement Award from the LPTW in 2017 and was a longtime member of the LPTW.