Thanks to the Theatre Development Fund and Lisa Carling, there is no Hakuna Matata at The Lion King. 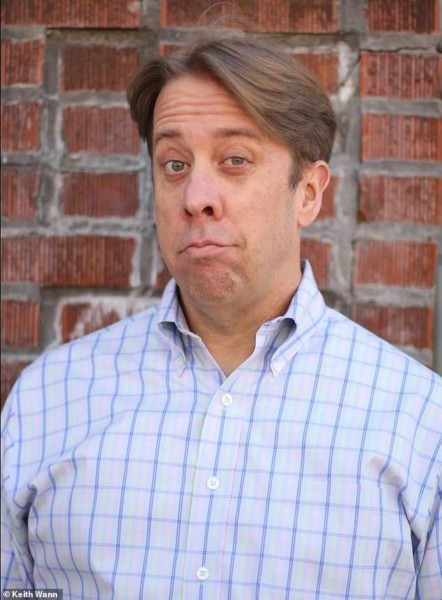 Keith Wann, 53, a sign language interpreter, worked on the Broadway production of The Lion King. He has stated that he and another performer were fired because they’re white and ‘should not be representing the show.’ There are two problems here; first the characters he is signing for are lions, pumas, zebras, hyenas, grass and the bush and animal kingdom of Africa. I tend to think they don’t care who signs for them.

Also, isn’t this illegal according to the Constitution? You can’t fire someone simply because of the color of their skin.

This comes as the show celebrated its 25th anniversary yesterday.

The interpreter was brought to work on the musical back in March after a decade-long career on Broadway. The gig paid $1,000 per show and he needed the money to survive.

According to the Daily Mail, Wann has filed a lawsuit against the Theatre Development Fund and Lisa Carling, the director of the non-profit’s accessibility programs.

The group stated that it was ‘no longer appropriate to have white interpreters represent black characters for ASL (American Sign Language) Broadway shows.’ Again, I don’t think Meerkats, Warthogs, Mandrill, Yellow-billed hornbill, the 25 kinds of African animals, and a massive elephant to the tiny fireflies, care. As for Rafiki, the healer, this is about as unhealing as you can get.

The show’s ASL director, Shelly Guy, said that the interpreter ‘is not a black person and therefore should not be representing The Lion King.’

Wann has interpreted for black actors before, including the Donkey in Shrek: The Musical. He states ‘discrimination’ and saying it shouldn’t ‘matter if I’m white or black.’

He added: ‘This is blatant and I would just hope that other people who have also experienced this would step forward.’

Maybe Disney, Theatre Development Fund and Lisa Carling should pay attention to the anthem of the show.

Suzanna BowlingDecember 1, 2022
Read More
Scroll for more
Tap
Mike Birbiglia: The Old Man and the Pool Makes Us Laugh At Our Demise
The Museum of Broadway Opening night: The Red Carpet