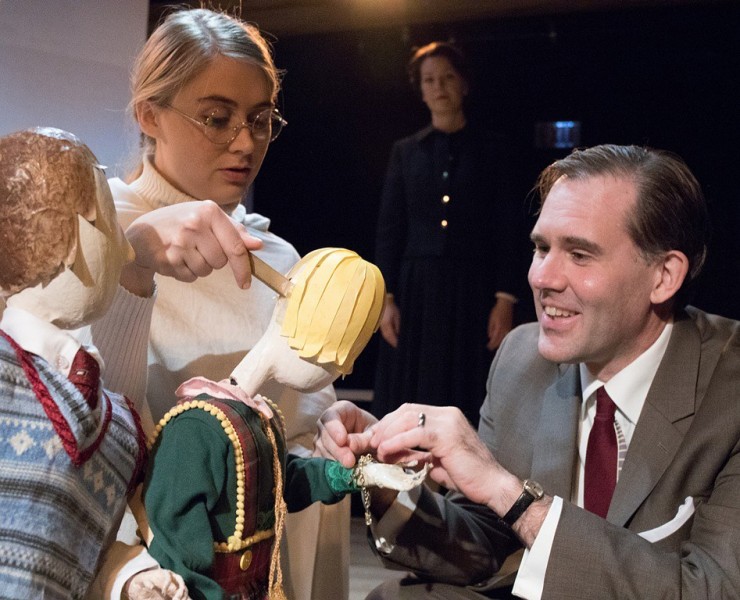 The Long Christmas Ride Home – Familial Distress for the Holidays

The Long Christmas Ride Home – Familial Distress for the Holidays 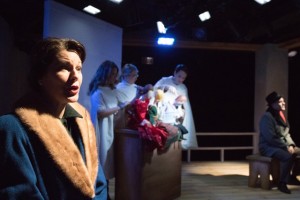 I often tease my sister, Mary Beth, about her affinity for those saccharine sweet, exceedingly predictable, cliché riddled, Hallmark Channel movies that air incessantly around the winter holidays. They normally feature an actress who formally appeared on Melrose Place or 90210, and are as implausible and they are formulaic. I am most definitely not a fan.  However, when faced with viewing the new dark and deeply disturbing new play,  Pulitzer-winner Paula Vogel’s The Long Christmas Ride Home, I realized I prefer my holiday entertainment with more warm fuzzies then displayed here. Directed by Josh Sobel, this Strawdog Theatre Company’s production pulls no punches about the permanent psychological damage inflicted by parents onto their children. Mistakenly expecting a fun-dysfunctional family dramedy, the Christmas Ride purposely crashed, head first, into a brick wall. 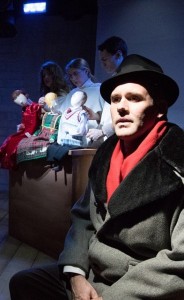 This 90 minute drama focuses on a family of five talking the long journey to their grandparents house on Christmas Eve. Through voiceovers, we learn the Catholic Mother (Loretta Rezos) is unhappily married to her Jewish husband (Ed Dzialo) who is having an affair with a member of their Unitarian church congregation. He has spent most of his family’s holiday present budget on his mistress. Their three children are arguing in the back seat, as the son, Stephen is feeling carsick. For the first half of the show, the children are played by Bunraku-style puppets. Initially, I found this technique offered visual intrigue, but as the horrors of the family’s story unfolds, this had to be a conscious decision, so as to not mistake the proceedings as a family friendly production. This is most certainly adult material, presented for an adult audience. The family arrives at the grandparents home where the kids are excited to unwrap their recycled presents. Grandmother doesn’t shop retail, instead she repurposes gifts for her grandchildren. The father joked he already knew what everyone was getting for Christmas…”disappointment” he snarls. The father and grandfather quickly escalate into an argument and the family is ordered to leave. When riding home, the parents get into a final argument that concludes with the father slapping the mother across her face and the family’s car spun violently out of control and off the road. It is tough to assess what traumatizes the children more, bearing witness to their father’s unspeakable cruelty to their mother, or being in a near fatal car accident. 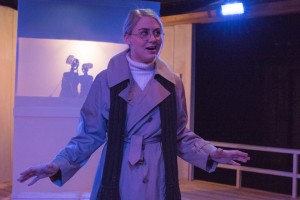 As the play continues, we follow the three siblings into their fractured adulthoods. Claire (Kristin Johnson) is in a verbally abusive relationship, which comes to a head on Christmas Eve. She reveals she is with child as she finds herself single and homeless for the holiday. Sister, Rebecca (Sarah Gitenstein) has fallen off the “Golden Girl” pedestal, as well, when she uncovers her girlfriend has been cheating on her. So naturally, she follows her unfaithful partner to uncover her infidelity, first hand, and when faced with her worst fear, reacts by putting a pistol in her mouth. Lastly, impressionable and sensitive son, Stephen (Sam Hubbard), grew into a man who died from complications after contracting HIV, but is granted a reprieve, once a year he is able to walk the earth as “we are all in this floating world together” to keep a watchful eye on his sisters. His walk, choreographed by Peter Carpenter, drags out far too long at the end.

This dark, unforgiving tale about the damage inflicted on those closest to us, may be uniquely laid out, however I find it facing an uphill battle uncovering an audience who wants to connect to such deeply off-putting material. Especially at the holidays. Originally staged Off-Broadway in 2003,  The Long Christmas Ride Home is counter programming to the Rudolph and Christmas Carol crowd. I am most definitely the type who enjoys going to the theater as an escape from the horrors of the real world. Sitting through this, there was no escape offered at all. While the puppetry was lovely, witnessing two angry parents cultivate three severely damaged children, a lesson which followed all three for the remainder of the production, made me feel the opposite of Christmas cheer.  What I unearthed from this, I owe my sister an apology phone call upon my arrival home. Fingers crossed I can find a Jennie Garth or Heather Locklear holiday themed romantic comedy to cleanse my mental palette from the Strawdog trauma of the day. 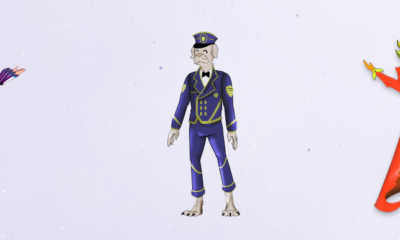