The Mold that Changed the World Is Trying To Enlighten 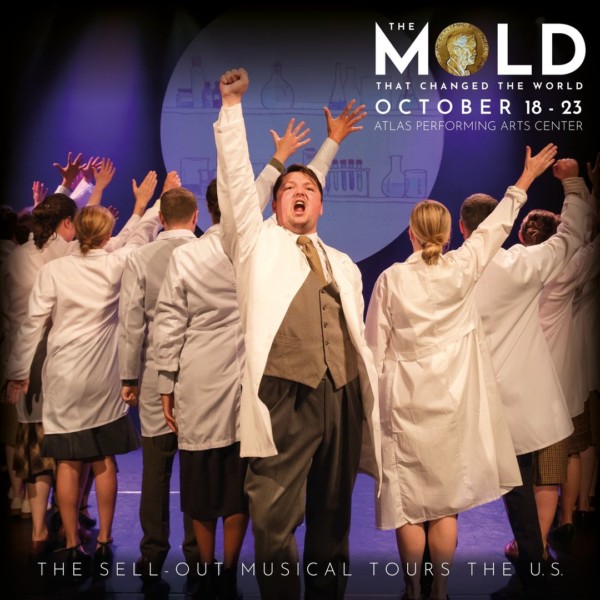 The Mold that Changed the World Is Trying To Enlighten

Alexander Fleming’s death-defying worldly-wonder antibiotic drugs have saved us for the last 90 years. But bacterial resistance is growing, doomsday approaches. What better way to fight back than with a musical of epic proportions that educating with a new musical.

T2C talked to two of it’s stars Emily Bull and Jeremy Rose. Would you save the world if you could? Alexander Fleming’s penicillin was a life-changing discovery that became a world-changing cure. Now at the end of his life, he is not just looking back, he must still look forwards – because the world depends on it. Resistance is a threat that no one knows is coming – because no one is listening. How can he rescue the power of all antibiotics from the frenzy of the miracle cure before it’s too late? The sell-out musical returns. Thomas Henderson wrote the book, the score is by Robin Hiley, led by musical director Neil Metcalfe. The Mold that Changed the World was developed as a unique public engagement strategy to combat antimicrobial resistance (AMR) by engaging children in the story of the discovery of antibiotics, the risks of drug-resistant infections, and the importance of prudent antibiotic use.

The musical intervention was implemented in two UK primary schools. Parental consent was obtained for all participating children. All 182 participating children, aged 9–11 years, were given an online questionnaire in the classroom before rehearsals began and at 2 weeks after performance with a 6-month evaluation in one school. The effect of the musical was analysed using generalised linear models to control for confounding factors. For the qualitative evaluation, 15 participating children were selected randomly from each school to take part in semi-structured focus groups (n=5 per group) before rehearsals began and 2 weeks after performance. This study was approved by the University of Edinburgh research governance office as an evaluation of an intervention.
The show is playing in Washington DC and Atlanta.
The video is by Magda Katz
Related ItemsAlexander FlemingEmily BullJeremy RoseMagda KatzNewThe Mold that Changed the World
Events