The Moms, Denise Albert, Melissa Musen Gerstein and Will Arnett On Teen Titans Go! to the Movies Part 2

The Moms, Denise Albert, Melissa Musen Gerstein and Will Arnett On Teen Titans Go! to the Movies Part 2 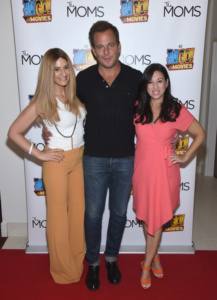