The Broadway Revival of The Music Man, starring Hugh Jackman and Sutton Foster, opens tomorrow night. The Music Man boasts a cast of 49, featuring six Tony Award-winning stars alongside a total of 21 young professionals making their Broadway debuts. At 4:45 p.m., a high school band marches up Broadway. At 5 p.m., there’s a red carpet. 6 p.m., curtain, but will that be the time the curtain goes up? Word on the streets Nancy Pelosi, Chuck Schumer, Governor Kathy Hochul and other political dignitaries will be there for the big event. 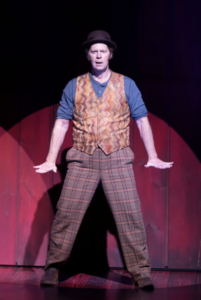 The Music Man is making available 10,000 tickets at just $20 each to New York City students, their families, and their teachers to help foster a love and appreciation for the arts by making Broadway more accessible. This broad effort, created and spearheaded by The Music Man’s Black Theatre Coalition fellow, Amy Marie Haven, is built around partnerships with the New York City Department of Education and a dozen local youth non-profits, including Artists Striving to End Poverty, Art Start, Arts For All, Arthur Miller Foundation, On Broadway Performing Arts Training Program, Young People’s Chorus of NYC, Education Through Music, Rosie’s Theatre Kids, R Evolucion Latina, and Broadway Bridges. 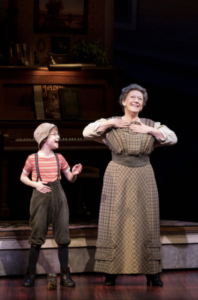 Haven commented, “For me, The Music Man is all about transformation. Theatre totally transformed my life. I was a displaced low-income student that ultimately became an arts teacher/ nonprofit administrator because of accessible programming.

Rashad V. Chambers, Associated Producer of The Music Man, added, “The Music Man is a story about hope and that is something we all need right now. It is an honor to share this story with New York City teachers, students and their families.”

Through Teachers Night Out, The Music Man is inviting teachers from the five boroughs to attend for $20 on various Tuesdays throughout the run of the production.

Family Shows will help students from traditionally under-resourced communities to bring their families to The Music Man, with sets of four tickets being offered to each participating student. Each Wednesday night will be earmarked as a Family Show, accommodating ten families per week.

Approximately 3,500 tickets will be allotted annually for a Classroom Ticket initiative, offering tickets to schools and education non-profits as part of a larger, integrated curriculum.

Finally, on two Wednesdays in September, The Music Man will mark “back-to-school” month with Student Matinees, accommodating 600 students at each. A Cast Talk Back will take place immediately following the performances.

Suzanna BowlingJune 20, 2022
Read More
Scroll for more
Tap
The Glorious Corner
50 Years of Broadway at the Kennedy Center Thrills With Heart and The Past