The New Scottish Musical Islander Is A Musical and Spiritual Feast 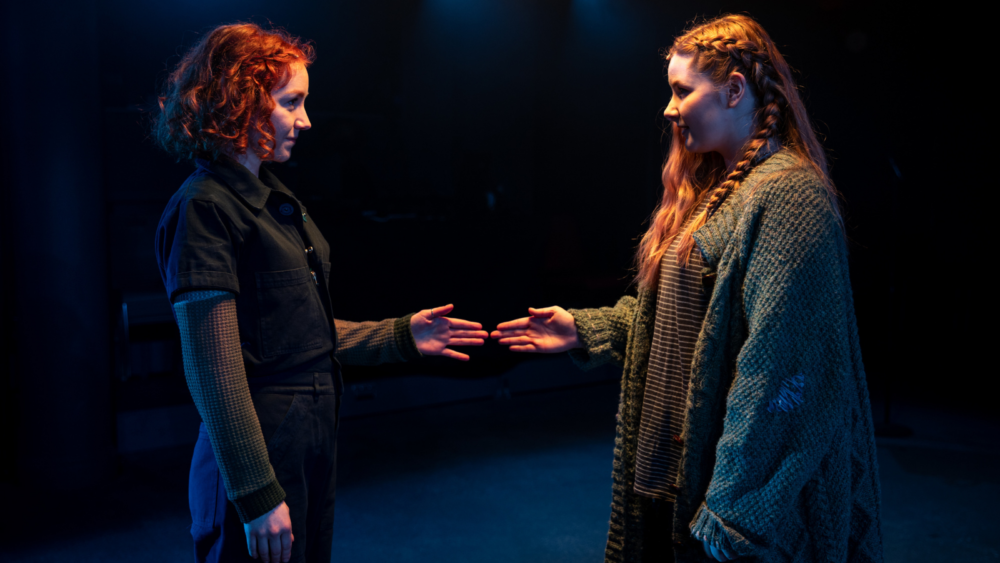 The New Scottish Musical Islander Is A Musical and Spiritual Feast

Kirsty Findlay (Olivier Award nominated) and Bethany Tennick (The Stage nominee for Best Performer in a Musical) are wonders to behold. With magical vocals, mad looping skills, acting chops that tackle every character and make you feel as if you have known them all your life, they weave Stewart Melton and Finn Anderson’s Scottish folk musical Islander to life.

Through this a capella musical, where exquisite harmony abounds, we follow fifteen year old Eilidh (Bethany Tennick), a young woman living with her grandmother (Kirsty Findlay) on a small island called Kinnan, The population is rapidly aging and diminishing. Myth and reality collide after a mysterious stranger washes up on the beach and proves legends, just might be real.

Conceived and directed by Amy Draper, Islander is playing in the newly reimagined Playhouse 46, which has been transformed by lighting designer Simon Wilkinson. The simplicity of storytelling and the complexity of human emotions run deep.

The music and lyrics by Finn Anderson, are Soul-stirring, transporting you from the island, to the sea, to the mists beyond what is. The book by Stewart Melton captures, loneliness, forgiveness, friendship, migration, companionship, despair, hope, heart and wonder. The show is witty, intelligent and you will feel the salt air running down your checks.

The sound design by Twi McCallum weaves, builds and layers the two actresses voices using looping technology to create an expansive soundscape that is ethereal.

I highly recommend this mythical, exceptional piece of theatre, This show is good for your soul.

G. H. HARDINGJune 17, 2022
Read More
Scroll for more
Tap
The Glorious Corner
¡Americano! The Show For Dreamers and Those Who Love Them