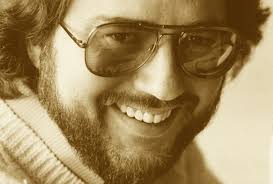 Bergeret, who has dedicated his professional career to the works of Gilbert and Sullivan, founded NYGASP in 1974. For 45-years, he has been its guiding light as both artistic director and general manager. “I am deeply honored to present the wonderfully-talented Rupert Holmes with an award, in my name, for his dedication to sustaining the living legacy of Gilbert and Sullivan,” he said.

The Los Angeles Times described Holmes as “an American treasure.” Newsweek deemed him “the true Renaissance man,” Holmes being an award-winning composer, playwright, lyricist, mystery novelist, arranger-conductor, screenwriter, record producer and hit singer-songwriter. In honor of the range and depth of his remarkably diverse career, the American Society of Composers and Publishers (ASCAP) presented him with its prestigious “George M. Cohan Award” in 2014.

While still in his teens attending The Manhattan School of Music, Holmes was already breaking into the music business, arranging recordings for The Drifters and The Platters while writing songs for The Partridge Family. But it was his own first album as a solo singer-songwriter, the critically-acclaimed Widescreen, that earned him the attention of Barbra Streisand. He consequently wrote, arranged and conducted her platinum Lazy Afternoon album. He also contributed songs to the Golden Globe-winning score of Streisand’s A Star is Born. His songs have been recorded by vocalists, ranging from Barry Manilow to Judy Collins to Renée Fleming to Dolly Parton and Britney Spears, among others.

In the ‘80s, he had his own Top 10 hits as both a singer and songwriter. They included the iconic Billboard #1 recording, “Escape,” known to most as “The Pina Colada Song,” which has been heard through the decades in innumerable films and TV shows, including Guardians of the Galaxy, Deadpool 2, True Blood, The Secret Life of Walter Mitty, Grownups and Better Call Saul.

Growing restless with the three-minute story form, Holmes spent three years single-handedly creating the book, lyrics, music and orchestrations for The Mystery of Edwin Drood, his first theatrical work. He has written seven more Broadway productions to date. His script and additional lyrics for Kander and Ebb’s Broadway score of Curtains won him the Drama Desk award for Best Book and two further Tony nominations. His comedy-drama, Say Goodnight, Gracie, earned Holmes the National Broadway Theatre Award and a Tony nomination for Best Play. He has since adapted works by John Grisham, Paddy Chayefsky, Agatha Christie, Oscar Wilde and Jerry Lewis for major stages around the world.

Holmes considers himself to have been “environmentally blessed.” His father was a Julliard graduate who played lead alto in the big band era, conducted Toscanini’s string section and was head of auditions for NBC. His literate, witty British mother raised him to appreciate the lyrics of Noel Coward and Lorenz Hart. His younger brother, Richard Holmes, is an internationally-renowned vocalist from Glimmerglass to Glinka Concert Hall, a fixture of the Metropolitan Opera from boyhood (featured prominently throughout the PBS documentary The Opera House) and a pillar of NYGASP.

“Richard has delighted audiences and critics alike for decades,” the elder Holmes said. “It was Richard who turned our family’s home into a nonstop Savoyard festival, steeping me in everything from Trial by Jury through The Grand Duke.”

As a mystery writer, Rupert Holmes has twice received the Oscar of Crime, the coveted “Edgar” award, for his comedy thrillers. His first novel, Where the Truth Lies, earned him a Nero Wolfe nomination for Best American Mystery Novel. It became a motion picture starring Colin Firth and Kevin Bacon. Holmes also created and scripted all 56 episodes of AMC’s acclaimed TV series, Remember WENN. He is now working on commissioned musicals about Andy Warhol, the 1955 Brooklyn Dodgers and the Japanese occupation of Shanghai while also completing his latest novel for Simon and Schuster.

The New York Gilbert and Sullivan Players’ Gala Wednesday, June 12, at The Players, 16 Gramercy Park South, starting at 6:30 PM. The event supports the theatrical company’s performances and arts education programs.  Highlights of the gala include dinner, a concert in honor of Holmes and a live auction. Tickets are $250 ($100 is tax deductible).  For tickets and more information, please contact the NYGASP office at 212-769-1000or online at www.nygasp.org.

Suzanna BowlingDecember 3, 2022
Read More
Scroll for more
Tap
Whose Performing at The Tony Awards
SOMEONE IN THE SHADOWS – a conversation with Gary Springer