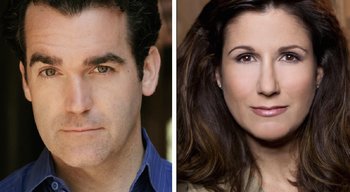 Steven Reineke’s is who makes the New York Pops the spectacular orchestra that it is. His boundless enthusiasm and exceptional artistry have made him one of the nation’s most sought-after pops conductors, composers and arrangers. Mr. Reineke is also the Principal Pops Conductor of the National Symphony Orchestra at the John F. Kennedy Center for the Performing Arts and Principal Pops Conductor of the Toronto Symphony Orchestra.  He is a frequent guest conductor with The Philadelphia Orchestra and has been on the podium with the Boston Pops, The Cleveland Orchestra, the Chicago Symphony Orchestra at Ravinia, and the Los Angeles Philharmonic at The Hollywood Bowl. His more than one hundred orchestral arrangements soar with a thrilling musical cadence.

T2c got together with Mr Reineke to learn more about these holiday favorites.

T2C: What made you choose the performers for the Christmas concert? 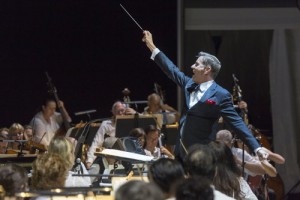 Steven Reineke: I knew I wanted a male and a female and I knew I wanted Stephanie. Stephanie and I started talking and we started coming up with a list of males. When I mentioned Brian d’Arcy James Stephanie was thrilled. They had been friends but had never worked together before. Brian has a Christmas CD out. He wrote this song called “Michigan Christmas,” for his hometown and I love when he sings that.

T2C: What will people be surprised at?

Steven Reineke: “Oh Holy Night.“ It is the Sandi Patti version and I can’t wait for the audience to hear Stephanie’s glorious soprano on that. She never gets to sing like this.

T2C: What are you looking forward to?

Steven Reineke: I did several arrangements one is “Jingle Bell Rock” and the other  “The Holiday Hits Melody” which uses popular Christmas song but pop versions like  “Hard Candy Christmas” and Mariah Carrey’s “All I Want for Christmas is You.”

T2C: What made you choose A Charlie Brown Christmas? 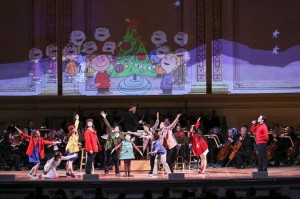 Steven Reineke:  We did this 2 years ago. It is the 50th anniversary of the TV special and it’s a classic. We use 5 different non profits; Weill Music Institute which comes from Carnegie Hall, The New York Pops, Judith Clurman’s Essential  Voices  USA, TADA Youth and the NY Theatre Ballet. Liza Genero is wonderful at expressing her clever chorography. We auditioned the kids from TADA.

Steven Reineke: Well we’ve done “The Grinch” and “Rudolph” so maybe anything Rankin/Bass.

T2C: What made you choose John Bolton?

Steven Reineke: Liza Genero recommended him and he’s a perfect fit. He is going to sing more this year. There is a follies section with 5 or 6 new numbers including “Silver Bells.”

T2C: What would you like the audiences to take away from these concerts?

Steven Reineke: To leave with a smile on their face and a heart filled with love and compassion for their fellow man. There is so much craziness that is going on. It is my way of adding a connectivity to other people. These concerts give us a chance to reflect on the meaning of Christmas.

T2C: What are you doing after this?

Steven Reineke: Laying in the sun in Aruba for 10 days. I need a vacation and some hot days and nights.

T2C: If you could have any performer to perform with the Pops who would you want?

Steven Reineke: Adele. I’m just putting it out there.