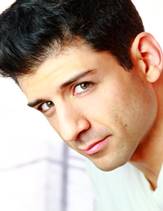 Make sure you have your tickets for  March 10 performance at 8:00PM, of The New York Pops, led by Music Director Steven Reineke. Continuing its 34th season at Carnegie Hall’s Stern Auditorium/Perelman Stage, they will bringing to life the iconic partnership of Fred Ebb and John Kander, who celebrates his 90th birthday this year. The concert will feature highlights from their five-decade partnership, including selections from Cabaret, Kiss of the Spider Woman, The Scottsboro Boys, and Chicago. Guest artists Caissie Levy and Tony Yazbeck will bring these legendary show tunes to life with the full 78-piece New York Pops. 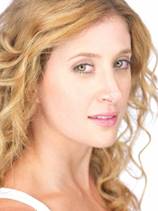 “Caissie Levy and Tony Yazbeck are absolutely terrific triple threats – they are both spectacular actors, dancers, and singers,” said Music Director and Conductor Steven Reineke. “I can’t wait for them to join our fantastic New York Pops orchestra in a truly wonderful concert celebrating the 90th birthday of one of Broadway’s biggest heroes. John Kander and Fred Ebb worked together for nearly 50 years, producing some of the best and most enduring music in the musical theatre canon. If their illustrious careers are any indication, this concert is destined to be a hit!”

As the orchestra continues its year-long celebration of the 25thAnniversary of its flagship education program, Kids in the Balcony, the orchestra is proud to announce that Tony Yazbeck will become a PopsEd Ambassador; the PopsEd Ambassadors are some of the brightest performers working today, brought together in an effort to raise awareness of the incredible programs PopsEd offers to the community. 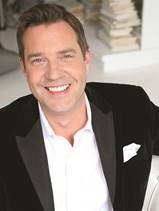 The New York Pops’ 34th season will conclude with You’ve Got a Friend: A Celebration of Singers and Songwriters on Friday, April 21, 2017, 8:00PM at Carnegie Hall’s Stern Auditorium/Perelman Stage featuring Will Chase, Jessie Mueller, and Adrienne Warren. The concert will pay tribute to the soundtrack of a generation, inspired by the music of James Taylor, Carole King, and more.

Originally from Ontario, Canada, Caissie Levy has called Broadway home for the last decade. She recreated the iconic role of Fantine in the 2014 revival of Les Misérables on Broadway, and is perhaps best known to New York and London audiences for originating the roles of Molly in Ghost, and Sheila in the Tony Award winning revival of Hair. Ms. Levy’s other Broadway credits include Elphaba in the Broadway and Los Angeles productions of Wicked, Penny in the Broadway, 1st National Tour, and Toronto companies of Hairspray and Maureen in the national tour of Rent.  Off-Broadway, she starred as Patti Davis and Julie Nixon in the world premiere of Michael John LaChiusa’s First Daughter Suite at The Public Theater, and as Sara in the Off-Broadway production of Murder Ballad. In concert, she was a guest soloist with The United States Military Academy at West Point, and has performed solo shows to sold-out audiences at Feinstein’s/54 Below, Joe’s Pub, Galapagos Arts Space, Atlanta’s Alliance Theatre, and The Hippodrome in London. She will debut her brand new solo show at Feinstein’s/54 Below this April 25-28. Recordings include the original cast albums of Ghost, Hair, and First Daughter Suite, and countless albums of new and seasoned composers alike, including her husband, composer/lyricist David Reiser. In 2013, Ms. Levy released her debut solo album, With You, featuring stripped down arrangements of songs from her Broadway shows.  @CaissieLevy caissielevy.com

Tony Yazbeck will soon be seen in Manhattan Concert Productions’ 25th Anniversary concert of Crazy For You, directed and choreographed by Susan Stroman. He most recently starred in the Broadway production of Finding Neverland and the Susan Stroman/Harold Prince-helmed Prince of Broadway in Japan. For the 2014 Broadway revival of On the Town, he won the coveted Astaire Award and was nominated for Tony, Drama League, and Outer Critics Circle Awards for his virtuosic performance. His other Broadway credits include Chicago (Billy Flynn), Irving Berlin’s White Christmas (Phil Davis), Gypsy opposite Patti LuPone (Tulsa; Outer Critics Circle nomination), A Chorus Line (Al), Oklahoma!, Never Gonna Dance, and Gypsy with Tyne Daly. Off-Broadway credits include Fanny Hill (at the York), and—for City Center Encores!—he has appeared in Little Me, On the Town, Gypsy, The Apple Tree, A Tree Grows in Brooklyn, and Pardon My English. Regional credits include Alliance, Barrington, Williamstown, Hartford Stage, Goodman, St. Louis MUNY, Goodspeed (Connecticut Critics Circle Award), Signature (Helen Hayes Award), Trinity Rep, Paper Mill, and Old Globe. Yazbeck was seen internationally in Kiss Me, Kate at the Royal Albert Hall in London. TV/Film credits include the upcoming season of “Billions”, “Smash”, and the feature documentary Every Little Step. Tony also stars in his own song and dance show, The Floor AboveMe, which has been released digitally and on CD by P.S. Classics.

Single tickets are priced from $40 to $130. Purchases can be made at the Carnegie Hall Box Office (57th Street and Seventh Avenue) or by calling CarnegieCharge at 212-247-7800. Visit www.carnegiehall.org for more information.