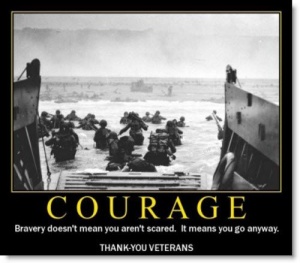 On November 11, 2016 at 8:00PM, The New York Pops, led by Music Director and Conductor Steven Reineke, will continue its 34th season at Carnegie Hall’s Stern Auditorium/Perelman Stage with Concert for Courage, a program that will commemorate Veterans Day by honoring the brave men and women of the nation’s armed forces. The orchestra will be joined by The Soldiers’ Chorus of The U.S. Army Field Band in performances of patriotic songs and classic Americana for a jubilant celebration of those who are serving and have served the United States of America.

“It is an enormous honor and privilege to present a concert on Veterans Day, and I am delighted that our fantastic New York Pops will be joined by The Soldiers’ Chorus of The U.S. Army Field Band. We’ve picked some patriotic classics and some beautiful new tunes to pay tribute to the men and women of our nation’s armed forces – the concert is going to be a ton of fun, and very uplifting. I am humbled and inspired by the people who serve our country, and I’m so glad that we have this opportunity to give something back. You won’t want to miss this amazing show!”

Sergeant Major Joan Mercer, the Soldiers’ Chorus Enlisted Leader said, “The men and women of the Soldiers’ Chorus are delighted to have been invited to join the New York Pops in honoring our nation’s veterans on Veterans Day this year. The opportunity to represent our currently serving Soldiers in such a renowned venue alongside one of the country’s finest orchestras is an honor and a privilege and we are looking forward to what should be an unforgettable performance!”

Founded in 1957, the Soldiers’ Chorus is the vocal component of The United States Army Field Band of Washington, DC. This 29-member mixed chorus travels throughout the nation and abroad, performing both independently and jointly with the Army Field Band’s Concert Band. The Soldiers’ Chorus has performed in all 50 states, Canada, Mexico, India, and throughout Europe. The musical backgrounds of the Soldiers’ Chorus personnel range from opera, musical theater, gospel, and rock music to music education and vocal coaching, providing the ensemble with unique programming flexibility. In addition to choral repertoire, Soldiers’ Chorus performances often include Broadway, opera, popular music, jazz, Americana, and more. This versatility contributes to the Soldiers’ Chorus nationwide reputation for musical excellence and inspiring patriotism. The Soldiers’ Chorus has collaborated with the Boston Pops, the Cincinnati Pops, and the Atlanta, Dallas, Detroit, Nashville, and National symphony orchestras. The ensemble is a mainstay of PBS’s annual National Memorial Day Concert and has performed for the state funerals of Presidents Ronald Reagan and Gerald Ford.

The New York Pops  is the largest independent pops orchestra in the United States, and the only professional symphonic orchestra in New York City specializing in popular music. Under the leadership of dynamic Music Director and Conductor Steven Reineke, The New York Pops continues to re-imagine orchestral pops music. The orchestra performs an annual subscription series and birthday gala at Carnegie Hall, as well as a summer concert series at Forest Hills Stadium in Queens, NY. The New York Pops is dedicated to lifelong learning, and collaborates with public schools, community organizations, children’s hospitals, and senior centers throughout the five boroughs of New York City. PopsEd allows thousands of New Yorkers of all ages and backgrounds to participate in fully customizable music programs that blend traditional education with pure fun. Visit www.newyorkpops.org for more information. Follow The New York Pops on Facebook (facebook.com/newyorkpops), Instagram (@thenewyorkpops), and Twitter (@newyorkpops). 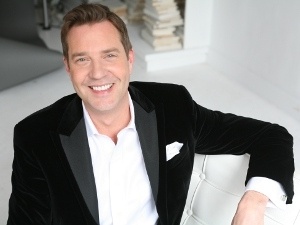 Single tickets are priced from $40 to $130. Purchases can be made at the Carnegie Hall Box Office (57th Street and Seventh Avenue) or by calling CarnegieCharge at 212-247-7800. Visit www.carnegiehall.orgfor more information.