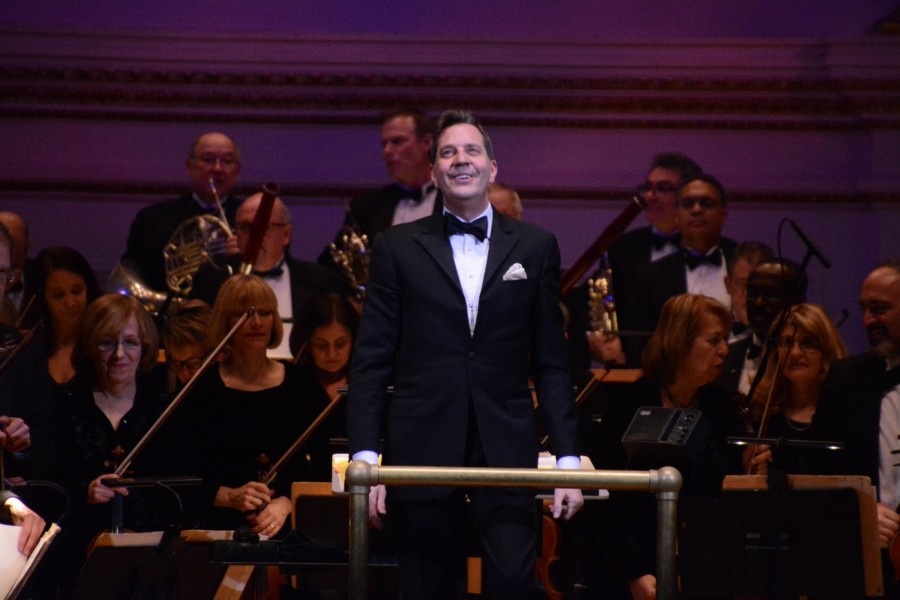 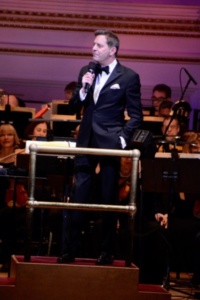 The New York Pops under the direction of Steve Reineke were the stars Friday night as they took on the role of the Hollywood studio orchestra live at Carnegie Hall. First up was the sparkling “Hooray for Hollywood” by Richard A. Whitting (arr. Robert Wendel). You could almost hear the lion roar! 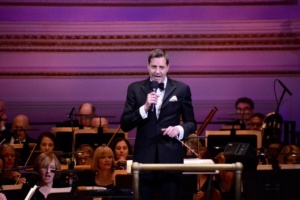 From the 1939 film the Overture from Captain Blood by Erich Wolfgang Korngold swept you off to sea and the era of Errol Flynn, Olivia de Havilland and Basil Rathbone. 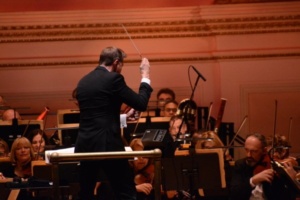 The iconic “Tara’s Theme” by Max Steiner from Gone with the Wind, brought back the hills of Ireland transported to that southern mansion. 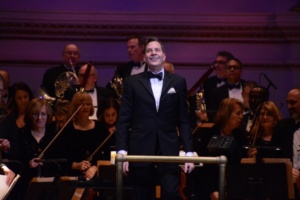 Definitely scary and almost a little to creepy Bernard Herrmann’s Suite from Psycho, had the all string section taking front and center.

Winning the 1962 Oscar for Best Score Maurice Jarre’s Overture from Lawrence of Arabia swept into Carnegie Hall.
The French Collection (arr. Henry Mancini) featured “The Windmills of Your Mind” from The Thomas Crown Affair by Michel Legrand, title Theme from A Man and A Woman by Frances Lai, Theme From Love Story (Where Do I Begin) by also by Lai and Theme From The Summer of 42 (The Summer Knows) by Legrand.
The epic Suite from The Mission by Ennio Morricone (arr. Henry Mancini) had my guest thrilled. This is the music she paints by.
Henry Mancini 1988 “Cowboys” from Sunset sounded a lot like “Bless Your Beautiful Hide” from the 1954 film Seven Brides From Seven Brothers, music by Saul Chaplin and Gene de Paul.
Danny Elfman’s Theme from Batman brought back memories.
James Horner’s “The Ludlows” from Legends of the Fall, had that Americana sound. On Monday,
April 30, at 7:00 PM The New York Pop’s 35th Gala takes place with “Part Of His World: The Songs Of Alan Menken”. To honor Menken the sweeping “Colors of the Wind” from Pocahontas (arr. Steven Reineke). “Colors of the Wind” won the Academy Award for Best Original Song at the 68th Academy Awards in 1995, becoming composer Alan Menken’s fourth win in the category. 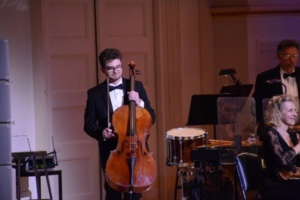 Hans Zimmer’s Suite from Gladiator (arr. John Wasson) brought out Peter Skaar, a young man who was diagnosed with a brain tumor right after graduating from a music university. Bravo, Mr. Skarr, you played brilliantly.

Howard Shore’s “The Lighting of the Beacons” from The Lord of the Rings: Return of the King won at the 76th Academy Awards. Winning Best Score was part of the 11 Academy Awards the film won that night.
Patrick Doyle Suite from Thor (arr. Rebecca Pellett) and Alan Silvestri’s Theme from The Avengers (arr. Rebecca Pellett) showed the Marvel comic domination.
Not to be left out John Williams Theme From Superman left the audience soaring out the theater humming the song “Can You Read My Mind.”
The New York Pop’s is one of New Works greatest assets and I look forward to attending The New York Pop’s 35th Gala, April 30, at 7:00 PM.
Related ItemsAlan MenkenBatmanColors of the WindGenevieve Rafter KeddyHoward ShoreJohn WilliamsNewNew York PopNew York PopsPsychoSteven Reineke
Events