The New York Theater Festival: Eight Ducklings How Many People Are Involved When a Teacher Behaves Inappropriately 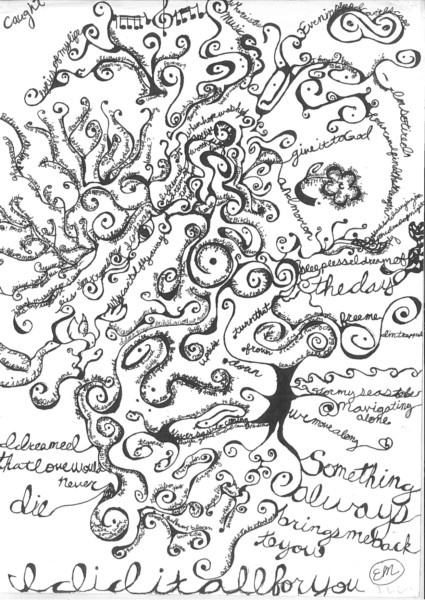 The New York Theater Festival: Eight Ducklings How Many People Are Involved When a Teacher Behaves Inappropriately

Eight Ducklings, is about an event that caused Ellen Adell McMahon to question everything. During her junior year in high school her drama teacher was discovered to be having a physical affair with one of her friends. What happened shook her to her core, so she wrote about it. What happened next almost silenced her.

T2C talked to this brave young women with a voice to be heard.

Is Eight Ducklings based on real events? ﻿

The show is inspired by true events that happened to me my junior year of high school and is based on an art piece I created during that time.

Whose story are you telling?

My show is about my experiences of my teacher being discovered having a physical relationship with my friend, and how that discovery affected my life and mental state.

What is the importance of the Ducklings on your poster?

I was a part of a group of girls who our teacher referred to as his Ducklings. I talk about the circumstances surrounding the nickname in the show.

How long ago did you write this show and why do you feel it needs to be performed now?

I initially wrote this show four years ago for a group performance of solo pieces written in an acting class.

Having already performed this show, what would you change about it for next time?

I have already begun writing a full length version based on the events that are alluded to in this show.

If you were to expand this into a full production, what would you primarily focus on?

I would focus on my own experience and observations. I would also focus on how trauma can tear people apart or bring them together in surprising ways.

How do you think these events helped shape you to be the person you are today?

These events made me both a harder and a softer person. When I talk with other people who have experienced trauma, there seems to consistently be the “before” and the “after” portion. I feel I am more jaded and unwilling to trust, but I am also more empathetic and caring. In my show, I talk about liking who I was before better, but maybe, I just liked being naïve.

Given the sensitive nature of the material, what were some of the difficulties you encountered bringing this to life?

There were people from my past who did not want me to write or perform this show. They tried to have my show removed from the festival and keep me from telling my story. Because I am privileged enough to have a wonderful mother who happens to be a lawyer, I was able to fight for my show and so I am able to perform it today. I think of other artists who don’t have that privilege and who may have been silenced out of fear or anger. I hope to some day be able to lift their voices up above my own.

Why did someone want to stop your show from going forward?

What I wrote about in my show happened to a lot of people, and some of them feel that by my writing a show about my feelings and experiences during that time is inappropriate. I respect their feelings and I told them that they didn’t have to support me or my show. They then made allegations about my show that were untrue. They had never read or seen the show, so they couldn’t possibly know what was written. They made attempts to legally stop me from performing, but since there is no basis for such an action, they were forced to withdraw their complaint. I am proud of my work, it was hard to write, and it is hard for me to perform, but I believe that it is important for me to express myself. I am sorry to cause anyone pain or discomfort. Something I have learned in the last ten years is keeping yourself quiet for the sake of others, only causes wounds to form in your heart. My voice is mine, and no one has to listen if they don’t want to. But I will speak my truth.

What do you want the audience to take away from this performance?

This show is about forgiving myself and others. I want other people to know that they aren’t alone in their experiences or their feelings. If anything I say connects with you, then that’s all I need to feel successful.

Suzanna BowlingMay 16, 2022
Read More
Scroll for more
Tap
The New York Theater Festival Meet The Playwrights: Ellen Adell McMahon Writes What She Knows
Oscars On My Mind – To Worry About Them in This Age of Greater Anxiety