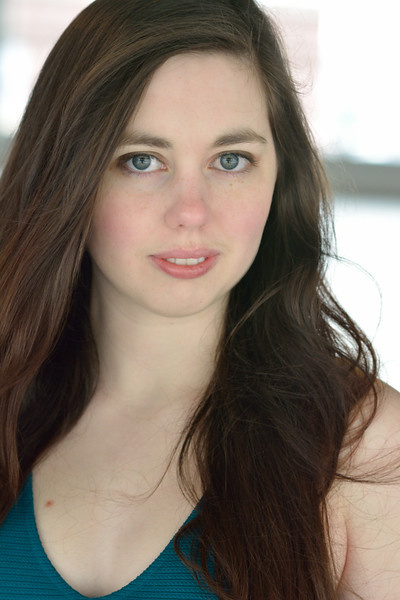 Ellen Adell McMahon caught the acting bug young. In the first grade her class did a reenactment of the children’s book “Jaimie O’Rourke and the Big Potato” she played a leprechaun. Ever since, she’s acted in every show she could be in all the way through High School. In her junior year she won the coveted Best Actress for a student in a piece she wrote called “Therapy” at the Bellevue College One Act Festival. At the next year’s festival, she won Best Director for a different student written piece, “Three Walls”. It wasn’t until Ellen wrote this show that she felt writing was for her.

The play she’s written for New York Winterfest, Eight Ducklings, is about an event that happened at her High School during her Junior year. My drama teacher was discovered to have been having a physical affair with one of her friends. She trusted him. She loved him. She thought of him as an older brother or an Uncle. It was devastating to find out that someone who had been so supportive was not because he loved you, but because he was using you to his own ends as a predator. When you find out that a person who you love like family, has betrayed your trust and the trust of others so completely… all you are left with are trust issues. Ellen started to believe that anyone who came into her life was trying to get something from her, deceive her, that in some way they would turn against her. “I remember thinking how my teacher was the person I most needed to talk to, that he was who I needed to tell me everything was going to be okay, yet he was the cause of all our pain,” states Ellen.

Six years later, an assignment in acting school had her class decide the focus of a solo performance piece, based on things from the past. She brought in old poetry, half-finished ideas for shows, and artwork created on a plane ride to Japan after Junior Year. While she only brought the art because I felt I had to honor the spirit of the assignment, secretly she hoped no one would choose it. To her surprise, and despite her pleas for the class to consider another idea, everyone really responded to the piece and it was unanimously chosen. Sometimes, the most important stories may be the ones you want to write least.

Her teacher suggested she use the drawing to to talk about the events that inspired it, and how it affected the people around Her. Idly writing right there in the classroom, in the audience of other people rehearsing. The words flowed, and she knew it had to happen then, or she wouldn’t find the words again. The feeling of writing for that first time, the words traveling from my heart, down my arm, to my hand, to the page… was one of the purest moments of artistic expression she’d ever experienced in her life. When the time came to perform the piece, feelings and ideas buried long ago, found that saying them out loud gave them a new life. It was like “I had been carrying around a poison in my bloodstream, killing me bit by bit. The creative process allowed me to drain the poison from my body. Yes, it hurts and lingers but over time it lessens.”

“To think that I didn’t want to write it or face my pain, but when I did, I discovered something I love more than acting, more than directing, more than drawing or painting– I discovered a direct pathway to my heart, my true self, and I love it. I must write what is banging around inside of me, demanding release and expression and I hope it will help others name their own pain as well. This show saved me in so many ways; it allowed me to name my grief, my guilt, and my pain to put it away. I learned to trust people again, I could look at them as a person and not as future heartbreak. It inspired me to write a book of poetry and go back to school.”

“Eight Ducklings is ultimately a show about forgiveness. It is about me forgiving the girls who suffered with me, forgiving the school for not saving us, and forgiving myself for the guilt I carry around for not seeing the signs to do something sooner. While far from the last time I will write about this event, this is the only time I will say “This is me. This is what happened to me, and my experience will not be erased for your convenience.”

“I am here to speak. I have found my voice. And no one will take it away again, not even myself. “