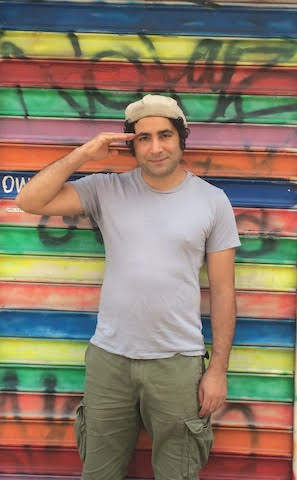 Omar Bakry is a multi faceted artist/ writer/ director that is not defined by any one culture. Born, 1976 in Sweden, raised in Egypt, he attended Faculty of Fine Arts, (Helwan University) in Cairo. In 2007, he moved to New York to pursue theater and film, studying directing in School of Visual Arts and New York Film Academy. Attended “The Roger Simon Hendricks studio” as a writer and director, he took Dr. Alaa Alswany’s “Fiction and Short story writing course” 2019. Bakry brings a global fusion to history, the nature of conflict, and a hard earned awareness of the fragility and toughness of the human condition.

His first play The way of the family in 1998, led to a 2004 production at the American University in Cairo and a publication with Marz, in Toronto, Canada. He has also written Delightful, 2006, Black was the day kind were the heartbeats, in 2013, which led to a reading at Lincoln Center in 2017. All I see… 2015 and now Superman and Serena, 2019 was selected for New York Theater 2020 Winterfest.

Superman and Serena deals with the long repressed childhood traumas of a white male psychiatrist and his female Middle Eastern patient. Feelings surge violently into the present during their sessions, triggering a conflict that spins out of control and into tragedy.

The plays stars Egyptian actress Inji El Gammmal his wife. Growing up in Paris, France, Inji graduated from the American University in Cairo where she met her husband. Her credits include the stage play Under the tree, played and performed in the Howard theatre of the American University in Cairo and in the Egyptian opera. She did the stage play Bismillah performed in NYC for which she won the all arts award of best feature performance in 2019. Other credits include the independent film 3 Deeds, His man, Hello aurevoir, Postcards of the orient, Abdou and Saneya. El Gammal, along with her husband launch Timewormz a New York based Production Company.