Jack McManus, Jack Levinson and Brendan Stackhouse have a love for all things “Peanuts”, so it was natural to create a musical about the creator of this beloved comic strip. Sparky tells true-life story of Charles M. Schulz. This 90-minute musical chronicles Schulz’s life, explores how the Peanuts characters came to life, and why his legacy will live in infamy.

Meet the three men behind this new musical. 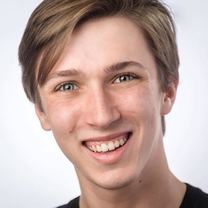 Jack McManus (Book and Lyrics) is a NYC-based playwright, director, dramaturg, and theater maker. His short play Mom, I Want to Be a Chemist (co-written with Ryan Cook and Derek Crosby) has been performed by amateur and high school theater companies across the north-east, winning The Theater Project’s 2016 Young Playwright’s Competition. In 2017, Jack directed the first university production of Becca Schlossberg’s The Untold Yippie Project. Currently, Jack is studying at Pace University to get a BA in directing. For more information on his work, please jack-mcmanus.com 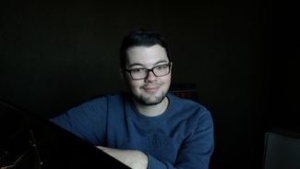 Jack Levinson (Composer) is a composer and pianist currently studying at Mason Gross School of the Arts as a sophomore music education major. Initially beginning piano lessons at the age of 4, he became more interested in more serious composition in 2012 at the age of 13. During high school, he played keyboards for marching band and performed in the pit orchestra of several local musical productions. He took up alto saxophone at the end of 2015 which sparked his interest for playing for large ensembles and exploring other instruments. He has also provided music for the musical Loving Claire as part of 48-Hour Musicals. He looks forward to other musical endeavors as rewarding as Sparky. 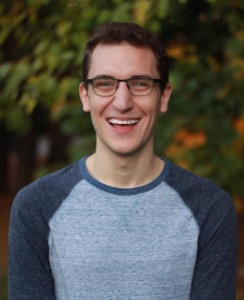 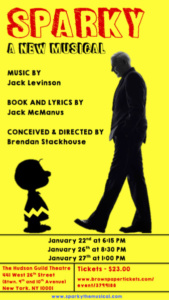