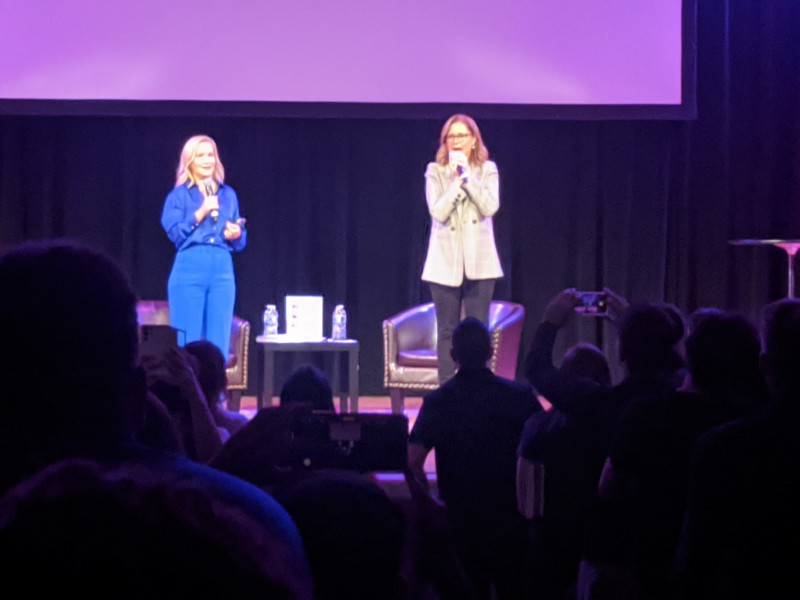 WOW! When the first three notes of the theme song of the TV show The Office started playing Wednesday night at Town Hall the audience erupted in a huge applause. The show’s finale aired May 16, 2013 (almost exactly 9 years prior to this event), after airing 188 episodes over 8 years. The show has been off network TV longer than it was on; but, it is clear that it’s legacy will continue for many more years to come as will the friendship between Angela Kinsey and Jenna Fischer. 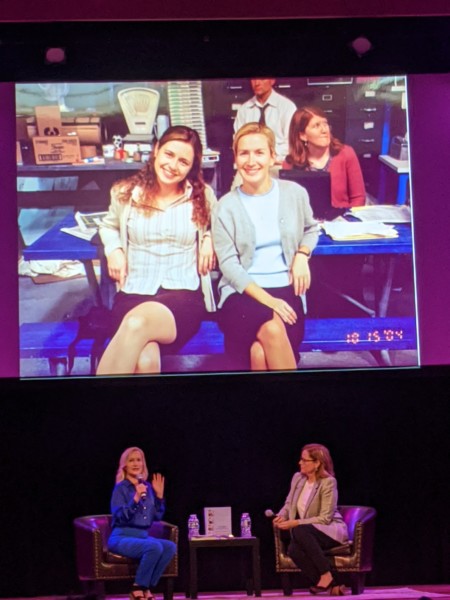 They knew they would BFFs

Angela, who played the uptight Angela Martin, and Jenna, the patient secretary who was the heart of the show, Pam, became friends in Season 1, episode 5 the Basketball episode to be exact, when they sat together on the bleachers for five days watching the male stars run the courts. From that episode on, they became the Office BFFs as the title of their new book states. Seventeen years later they are still working together creating podcasts since October 16, 2019. And now they have written a book that they joyfully promoted to a very satisfied and interested audience at Town Hall. 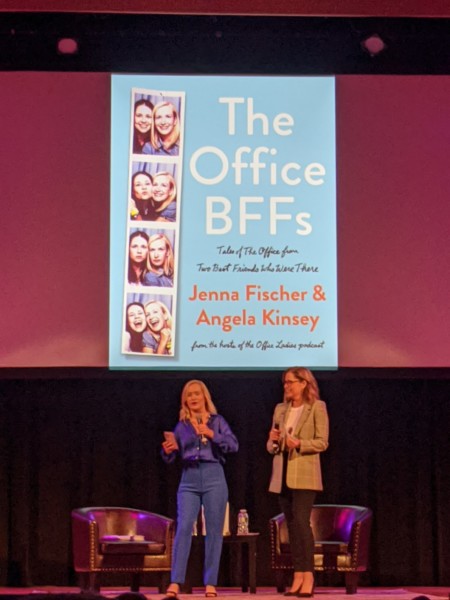 The book and the authors

With just two chairs, a stack of 25 questions from audience members, the two kept their fans happy and laughing for the 90-minute event. They did bring along a few photos that they were able to project including pictures of some of the items they took home from the set when the show ended, photos of themselves and the rest of the cast relaxing at each other’s homes watching episodes of The Office together and pictures of themselves growing up. 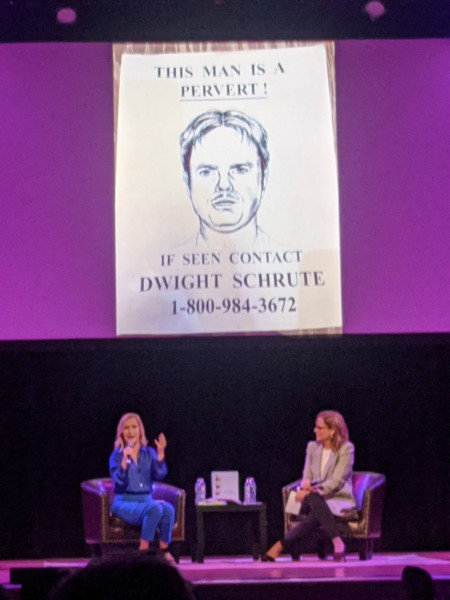 One of the items Angela took home from the set

The two proved why their podcast is so popular as they bantered during the evening and showed that they really like each other. Witty reminiscences of bloopers from the show, favorite scenes and personal life experiences delighted all that were there. One tale I particularly enjoyed was the time when The Office had just completed its sixth episode to rather dismal ratings; but, the pair still hoped to be recognized by the paparazzi.  Hungering for recognition, they told a photographer that they worked on The Office at NBC which did not overly impress the photographer as he thought they were average office workers at NBC and asked them to please notify him if they saw anyone important to photograph.

The two have a warm natural relationship that is evident in person and on their podcasts and I am certain will come across in the book they are promoting. The audience was already flipping through the pages, pointing at the many pictures and reading snippets before the two entered the stage. After Wednesday, I look forward to reading it and will  listening to their podcasts.