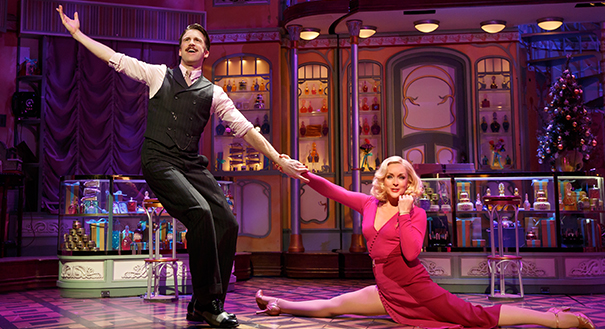 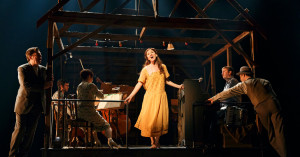 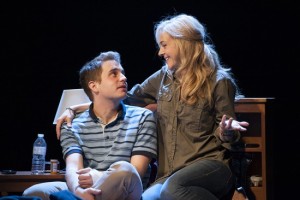 There was a tie in the category of Outstanding Featured Actress in a Play. Pascale Armand of Eclipsed shares her award with Judith Light of Thérèse Raquin.

Outer Critics Circle Awards, recognizes achievement in both Broadway and Off-Broadway productions. The 66th Annual Awards were given in 25 categories, adding a new category this year: Outstanding Video/Projection Design with Finn Ross taking home the honors for American Psycho.

Only new elements of Hamilton, Disaster! and Blackbird, which were eligible in their Off-Broadway incarnations in 2015, were considered for 2016 nominations. Owing to its late opening date, Shuffle Along will be considered eligible in the 2016-17 season.

The awards will be bestowed at the OCC’s annual Gala Awards Dinner 3 PM May 26 at Sardi’s Restaurant. Broadway’s Marlo Thomas, Alex Sharp, Sheldon Harnick and Victoria Clark will serve as gala award presenters .

The Outer Critics Circle is the organization of writers covering New York theatre for out-of-town newspapers, national publications and other media beyond Broadway representing more than 90 newspapers, magazines, radio and television stations, websites and theatre publications in America and abroad. The Outer Critics Circle nominations are the first major Broadway/Off-Broadway award nominations of the New York theatre season.

OUTSTANDING REVIVAL OF A PLAY (Broadway or Off-Broadway): Long Day’s Journey Into Night

OUTSTANDING REVIVAL OF A MUSICAL (Broadway or Off-Broadway): She Loves Me

OUTSTANDING DIRECTOR OF A PLAY: Ivo van Hove A View From the Bridge

OUTSTANDING ACTOR IN A PLAY: Frank Langella The Father

OUTSTANDING ACTOR IN A MUSICAL: Danny Burstein Fiddler on the Roof

OUTSTANDING ACTRESS IN A MUSICAL: Cynthia Erivo The Color Purple the Musical

OUTSTANDING FEATURED ACTRESS IN A MUSICAL: Jane Krakowski She Loves Me

Suzanna BowlingAugust 5, 2022
Read More
Scroll for more
Tap
Gloriously Vocal and With The Best Beats in Town Shuffle Along Just May Just Steal Some of Hamilton’s Glory
Matt Bogart Leads The Cast of Himself and Nora