The Passing of Everett Raymond Kinstler 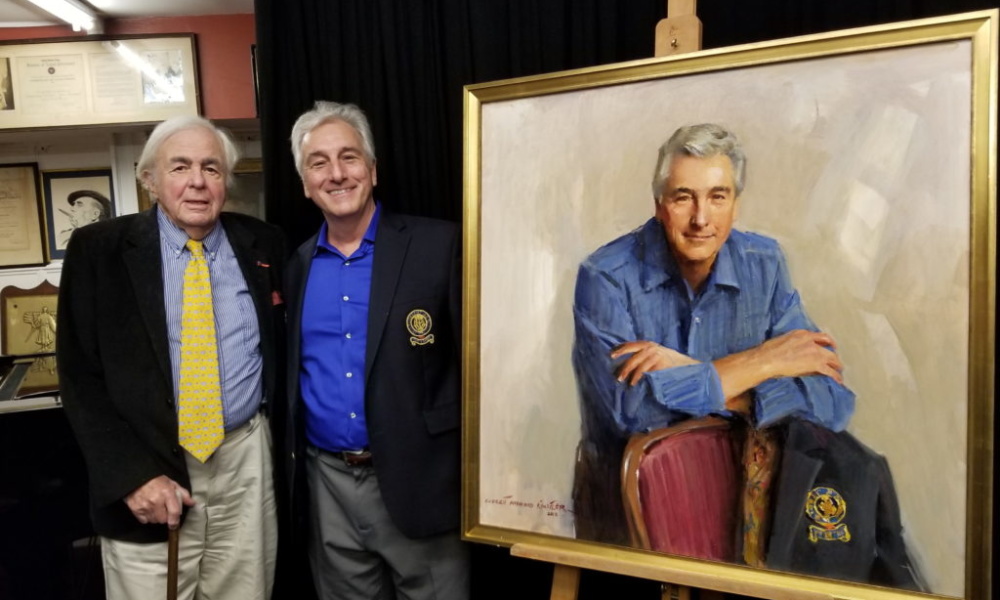 The Passing of Everett Raymond Kinstler

Lamb Everett Ray Kinstler has passed away. Everett was a member of The Lambs, The Players and the National Arts Club, where he had his studio. Many of his works are on display at The Players, and The Lambs has two shepherd portraits by Ray.  Ray was best known for his unique and special talent of a portrait artist. He has painted 5 U.S. Presidents and has over 100 works in the National Portrait Gallery in Washing D.C.

A native New Yorker Everette began his career at age 16, drawing comic books and hundreds of book and magazine illustrations, as well as covers for paper back books. As one of the “golden age” era of comic book artists, his illustrations for magazines, including The Shadow and Doc Savage, have influenced the pop art school.

He studied at the Art Students League, where he later taught from 1969 to 1974. Kinstler ultimately made the transition to portraitist, and soon established himself as one of the nation’s foremost portrait painters. For over four decades, Kinstler also has devoted time to painting landscapes and watercolors.

Kinstler has painted more than 50 cabinet officers, more than any artist in the country’s history. Eight Presidents — Richard Nixon, Gerald R. Ford, Jimmy Carter, Ronald Reagan, George H. W. Bush, Bill Clinton, George W. Bush, and Donald J. Trump (before he was president) — have posed for him. His portraits of Ford and Reagan are the official White House portraits.

He was awarded honorary doctorates by Rollins College in 1983, the Lyme Academy College of Art in 2002, and The Academy of Art University in San Francisco in 2011.  The National Portrait Gallery, Washington, D.C., has acquired 75 of his original works for its permanent collection. He is also represented in the Metropolitan Museum of Art, Butler Institute of American Art, Brooklyn Museum, etc.

In 1999, Kinstler received the Copley Medal from the Smithsonian, National Portrait Gallery, its highest honor.

Many PBS stations are airing a recent documentary on his career.